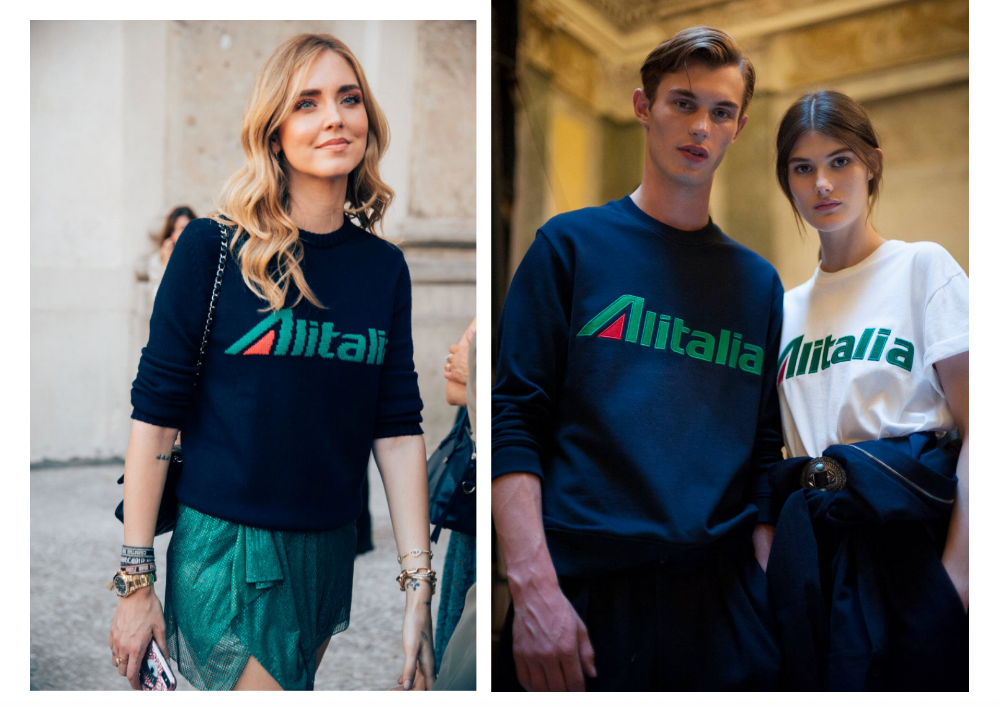 Alberta Ferretti’s parent company and Italian airline Alitalia are coming under fire in Italy, with the country’s competition and anti-trust authority and a special arm of the financial police initiating an investigation into their influencer marketing practices. As first reported by Italian news outlets on Tuesday, a probe by the Autorità Garante della Concorrenza e del Mercato (“AGCM”) with the help of the special anti-trust unit of the Guardia di Finanza is centered on a collaboration between Milan-based brand Alberta Ferretti and Alitalia, and also names influencers, such as Chiara Ferragni, who helped market the collaboration.

The probe follows from a report that the Italian consumer watchdog organization, National Consumers Union, filed with the AGCM, citing a lack of clarity in connection with a handful of big-name influencers’ Instagram posts promoting the Ferretti and Alitalia collaboration, which was unveiled in June in conjunction with Ferretti’s creation of new uniforms for the airline’s staff members.

The AGCM confirmed on Tuesday that it has initiated a “preliminary investigation” involving Alitalia Società Aerea Italiana, Aeffe (on behalf of Alberta Ferretti), and “some influencers,” such as Ferragni and model Elena Santarelli, in connection with the possible dissemination “through social media of advertising not recognizable as such.” 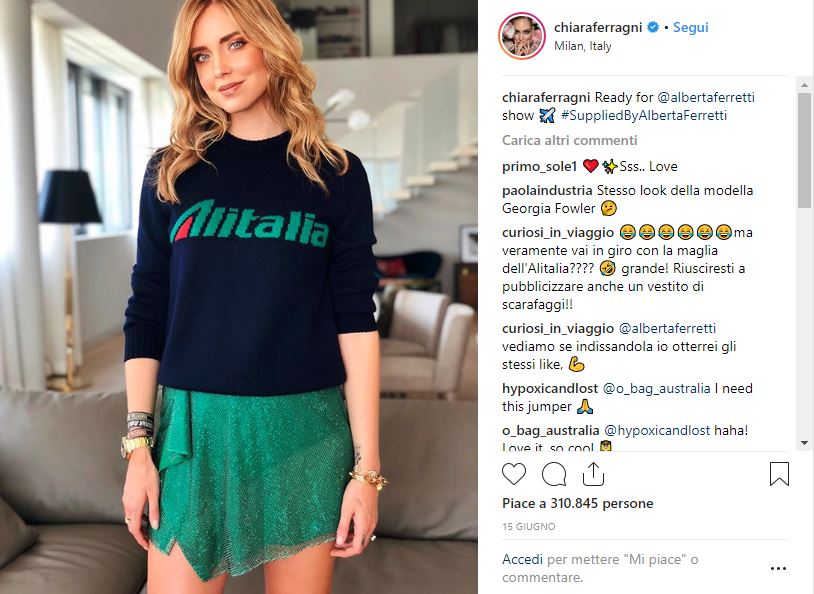 According to the AGCM, it “continues to pay close attention to the increasingly widespread phenomenon of social media influencer marketing.” The authority notes that in the course of 2018, it “successfully completed a second action against forms of hidden advertising on social media,” which run afoul of the provisions of the Italian Consumer Code.

The probe comes as competition and advertising authorities in a number of countries are looking critically to brands’ use of social media marketing. In the U.S., the Federal Trade Commission (“FTC”) has been issuing messages for several years address the rampant non-disclosure of sponsored postings and to indicate that it is, in fact, paying attention to whether or not brands and influencers are abiding by its mandate that they disclose material connections (those that come about as a result of payment or free products or trips, investor relations, consulting arrangements, etc.) that they share.

The FTC has more than one set of sent educational letters to brands and celebrities (and to Ferragni’s business partner), alerting them of their responsibilities under U.S. law. It has also taken to issuing online and social media-specific guidelines, and initiating investigations and proceedings involving parties, such as Lord & Taylor, and YouTube star PewDiePie, among others, that have run afoul of those guides.

The FTC has long required advertisers and endorsers to disclose their material connections so consumers can be made aware of them and make purchasing decisions accordingly – regardless of whether this information actually changes their buying behavior. Thus, when a celebrity has been paid to endorse a product or service and they fail to disclose that fact, both the advertiser and endorser may be liable.

Specifically speaking, the FTC suggests using disclosure language – such as “#Ad”, “Ad:” or “Sponsored” – in tweets or Instagram photos to indicate that a post or link within a post includes compensated content, and placing “clear and conspicuous” disclosures near the beginning of blog posts or videos, in this case, as well.