Home » Latest News » 5 YEARS AND A DEATH OF AN ICON: ALEXANDER MCQUEEN

“When I am dead and gone, people will know that the 21st Century was started by Alexander McQueen.” 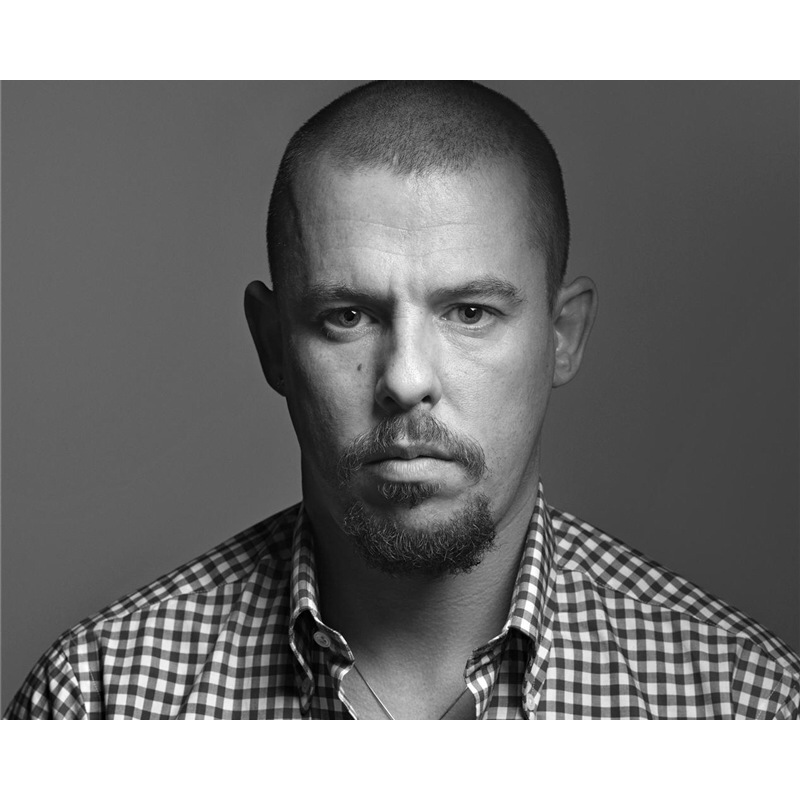 From the apprentice to Savile Row tailors Anderson and Shepard at the age of 16, Lee Alexander McQueen (1969 – 2010) went onto to become one of the most celebrated fashion designers of his generation. His catwalk shows were unforgettable due to their emotional power and raw energy – the perfect showcase for the exquisite clothing that he created. Tailoring, romance, drama and theatricality – McQueen’s signature elements never failed to excite. It was exactly 5 years ago today on the eve of New York Fashion Week, Designer Alexander McQueen tragically took his own life.

Later known as the “hooligan of English fashion”, the foul-mouthed, course and talented designer had astounded the fashion world audiences with his infamous, abrasive designs (blood-spattered clothes, lobster claw-like shoes, and butt-revealing trousers) and theatrical shows that had featured background films of snow storms, disabled models with wooden legs, prop robots, and a hologram of Kate Moss. McQueen scoffed at political correctness and created provocative collections in shows that explored themes of death, masochism and violence.

Lee Alexander McQueen was the youngest of six siblings born to East End taxi driver, Ronald, and stay at home mom, Joyce. He grew up living on the 21st floor of a council tower block in Stratford, East End, London. At age 3 he began drawing, and at age 12 he was reading books on fashion design and sewing dresses for his sisters. His mother and his Aunt Dolly were always supportive of his talents in both his early and later years. Mother McQueen could be seen clapping and cheering at her son’s shows – and reportedly was never afraid to tell him to “shut up” when he needed it.

“I was sure of myself and my sexuality and I’ve got nothing to hide. I went straight from my mother’s womb onto the gay parade.”

McQueen told his family that he was gay at age 18 – and after a rocky period – they accepted his sexuality. He left school at age 16 in 1985, and became an apprentice in a Savile Row fashion firm. In 1990 he pursued a MA in fashion design at Central Saint Martins College of Art and Design – and two years later, fashion stylist, Isabella Blow, bought his entire graduation collection for £5,000. She became his mentor, champion and muse. She persuaded McQueen to go by his middle name Alexander. It soon became apparent that McQueen was a technical genius with rigorous tailoring skills – and also a creative one. In his runway productions he would cast models as witches, rape victims and mental patients – celebrating beauty in the grotesque. His shock shows and their media buzz gathered his earliest financial backers.

In 1992, McQueen’s “bumster” low-cut trousers put him on the map – and created the fad of butt cleavage…which led to the early 2000’s sight of exposed “muffin tops” (fleshy exposed midriffs) and “whale tails” (the rear view of thong panties) in low-slung jeans. As the fame and money flowed in – McQueen replaced his missing teeth and lost his beer gut paunch. He was now part of the A-list, but his working-class East End origins were never far from the surface. He was often abrasive, offensive and dismissive to the press who dubbed him as “l’enfant terrible” of the fashion world. McQueen told the press that he was delighted with his new life but it brought him bouts of melancholia and epic booze and drug use. He generated many a dramatic headline in the British tabs by insulting the likes of Madonna, Posh and Becks, and Prince Charles. In 1996, just four years after graduating, McQueen was appointed head designer at French couture house Givenchy.

As a huge McQueen fan take a look at some of my favourite quotes:

2. “You can only go forward by making mistakes.”

3. “Of course I make mistakes. I’m human. If I didn’t make mistakes, I’d never learn. You can only go forward by making mistakes.”

4. “I came to terms with not fitting in a long time ago. I never really fitted in. I don’t want to fit in. And now people are buying into that.”

5. “Fashion should be a form of escapism, and not a form of imprisonment.”

7. “I can design a collection in a day and I always do, cause I’ve always got a load of Italians on my back, moaning that it’s late.”

9. “I never look at other people’s work. My mind has to be completely focused on my own illusions.”