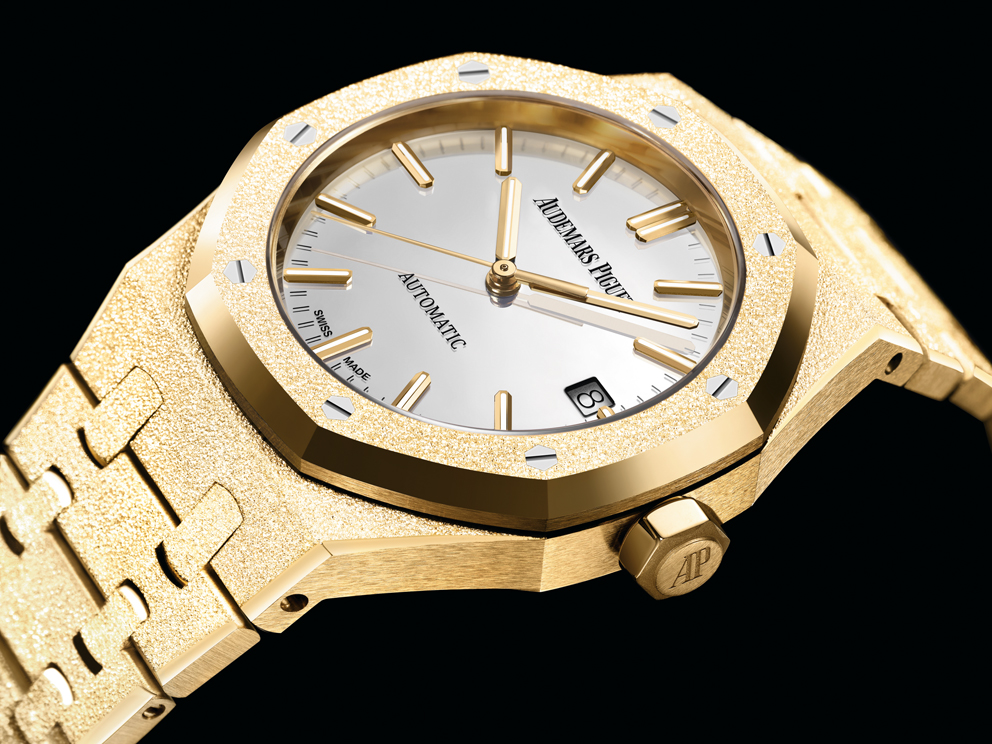 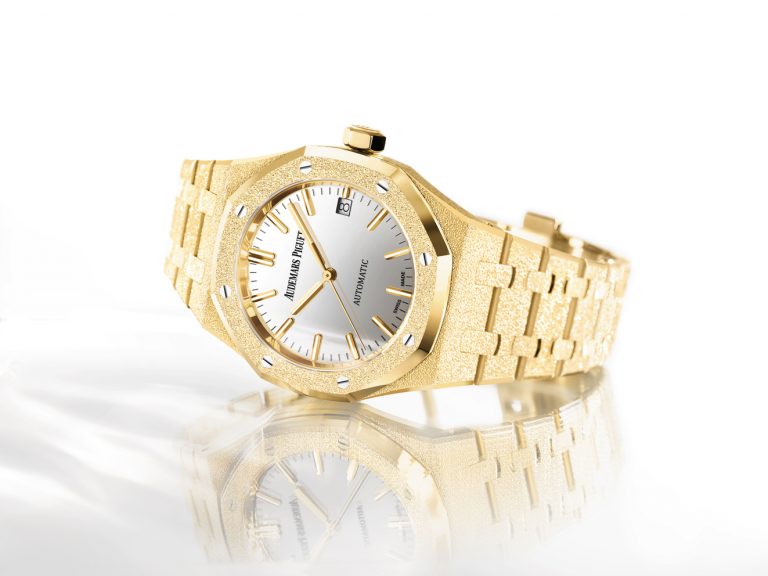 The case and the entire bracelet of the watch is hand-finished in what Audemars Piguet calls Frosted Gold, wherein the gold is all hand hammered to achieve an incredibly shimmering look.  As mentioned, the Frosted finish was first introduced by Audemars Piguet in 2016, for its 40th Anniversary of a women’s Royal Oak. Then, the brand used it again for the Frosted Double Balance Wheel Openworked, and now for this special edition. To achieve the look,   Italian jewelry maker Carolina Bucci turned to a centuries-old Florentine technique of hammering gold. Literally every indentation on the watch is made by hand using a diamond-tipped tool. The result is a “frosted” look that captures eyes and hearts. 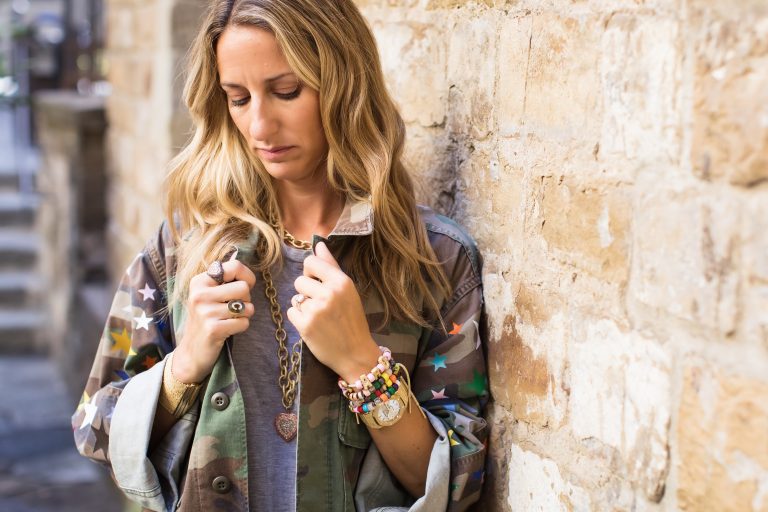 In fact, not only is it a challenge to create the Frosted finish,but also to achieve the mirrored dial. Chairwoman of Audemars Piguet’s Board of Directors, Jasmine Audemars is an established fan of Frosted Gold and has been wearing the first edition 37mm selfwinding model since 2016. For her, “the creativity behind the Frosted Gold watch is simply amazing. It is both art and a very high level of technology. With Carolina Bucci, we created a kind of masterpiece.” She sees the new limited edition with its mirrored dial as “the final touch.” “It’s unique and fun. Who needs a selfie when you can look at yourself in your watch?”