Home » Latest News » CAN MARCHESA FIND ITS FOOTING IN LIGHT OF WEINSTEIN SCANDAL? 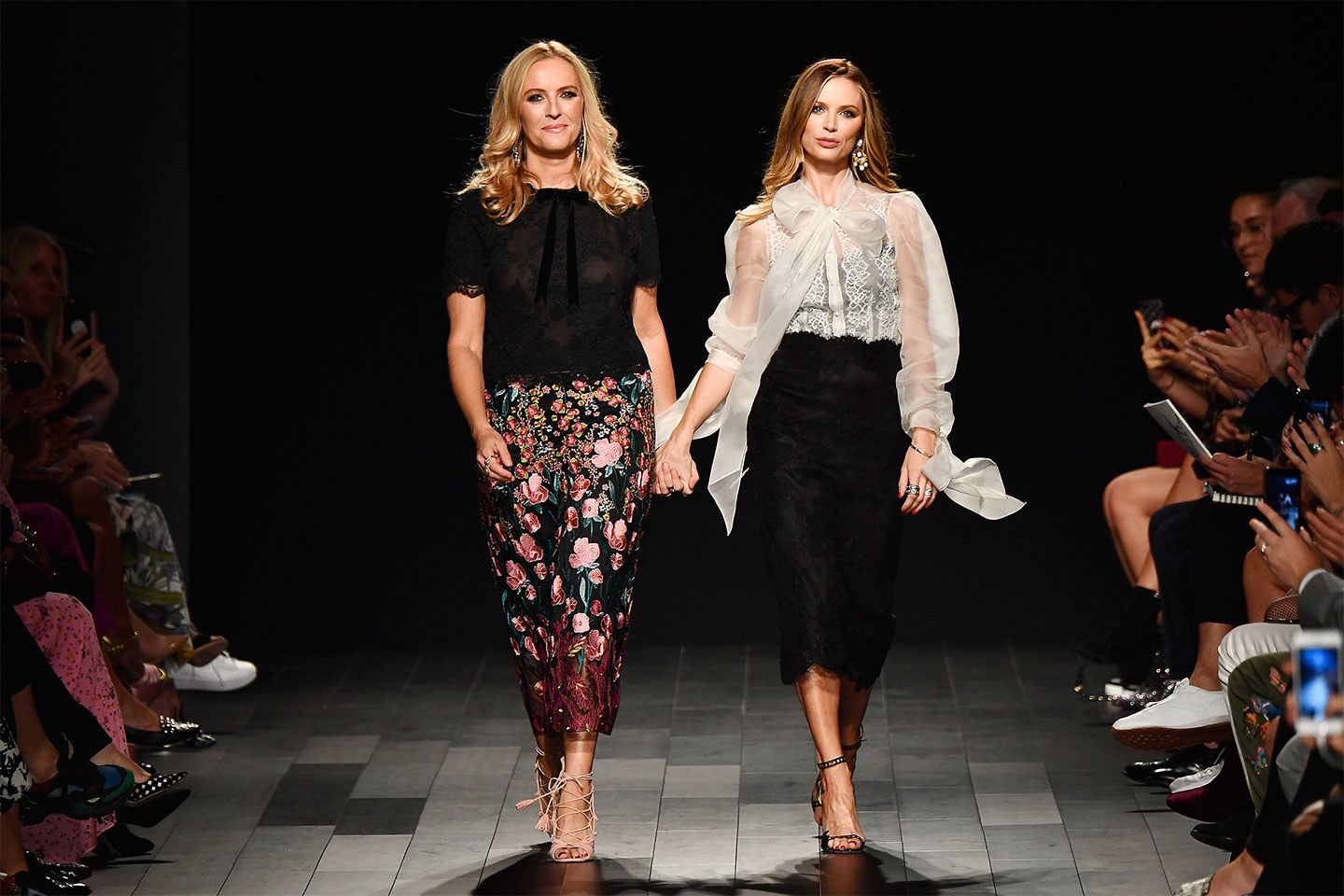 Whether the luxe womenswear brand Marchesa can survive the sexual misconduct scandal of co-founder Georgina Chapman’s estranged husband, Harvey Weinstein, remains to be seen: It canceled its New York Fashion Week show and has been virtually absent on red carpets this awards season. The company has been a mainstay in both arenas for a decade, until accusations against the movie mogul began piling up, including revelations that Weinstein once bullied stars into wearing his wife’s designs.

Since, the British Chapman has had little to say, initially decamping to London after announcing she was leaving her husband and condemning his behavior. On Wednesday, Marchesa canceled its traditional runway show at fashion week, scheduled for Feb. 14, but said it was looking forward to presenting its Fall 2018 collection “in an updated format this season.” No additional details were released.

Chapman’s not the only one that is mum in the aftermath: Nearly two dozen celebrities who have worn the brand or are otherwise connected to Chapman would not comment or did not respond to requests for comment on Marchesa’s future or whether they would don Marchesa again.

Two, Felicity Huffman and more recently Jessica Chastain, are exceptions, revealing pressure from Weinstein to wear the label. Huffman said she succumbed in 2005 after he threatened to pull financing for a film. Chastain recently told The Wall Street Journal that she pushed back, refusing to cooperate for a 2014 premiere of “The Disappearance of Eleanor Rigby,” distributed by the Weinstein Co.

Chastain wore Versace instead. Weinstein took a dig over the dust up when he introduced her that night, telling the audience: “If I had to get in a boxing ring with Muhammad Ali or Jessica Chastain, I would choose Muhammad Ali,” according to Chastain.

Friends of Chapman, including Alyssa Milano, have come to her defense, to the initial chagrin of Weinstein’s most outspoken accuser, Milano’s “Charmed” co-star Rose McGowan. McGowan, a former actress and now vocal activist who has accused Weinstein of rape, later walked back snide remarks she made about Chapman and Marchesa on Twitter.

But she told The Associated Press on Wednesday, when asked whether Chapman was complicit in her husband’s alleged misconduct: “By sticking your head in the sand and making it OK as long as you get what you want, you have a hand and you’re complicit in the destruction of souls. … You trade your soul for certain things.”

Weinstein has denied McGowan’s allegation from the beginning. In a statement Tuesday, his attorney, Ben Brafman, called the rape claim “a bold lie.”

So can Chapman and Craig continue to make a living? Even in the face of relentless momentum involving Weinstein’s accusers, the idea that Marchesa will go under as collateral damage is farfetched. But their impact in Hollywood is most definitely in peril.

It may be too soon to know whether Marchesa will eventually benefit from a “sympathy bump” or remain off limits on red carpets among past patrons now unwilling to talk about the brand. “Marchesa had access to the entertainment business and a way to market and advertise that no other designers had,” said Allen Adamson a brand analyst in New York. “They had an inside track to the red carpet and now that’s gone. You can’t buy that.”

The Marchesa duo earlier this month distributed digital pre-fall lookbooks for both their main line and the lower-priced Notte, showing off details on Instagram. As for Chapman, her company with design and business partner Keren Craig remains firmly planted in Weinstein’s native New York.

“I think Marchesa as a brand was very, very successful in and of itself but also because of the power that Weinstein had with a lot of New York-based showrooms and PR firms and agencies,” said Connie Wang, who writes about the fashion industry for the site Refinery29. “He was able to get Marchesa dresses on a lot of very famous women, but Marchesa right now is in a bit of a precarious situation,” she said.

Adamson agreed with Wang on one thing: In the case of Marchesa and other red carpet dressers, access is as important as craftsmanship, the latter being something Marchesa has an abundance of. How much that helps going forward is an open question, he said. “They were playing with an unfair advantage: Harvey’s bullying as well as Harvey’s access. They’ll never have either of those again. They’re success was buoyed by a sort of insider trading.”

Weinstein and Chapman met at party in 2004, the year Chapman and Craig, old chums from design school, launched their company, Chapman once told Vogue. She was a young model at the time and said she didn’t know who he was. He popped the question in November 2007 and they married the following month at his waterfront estate in Connecticut, according to reports at the time. Chapman wore a gown of her own design.

It’s unclear exactly how much money Weinstein invested in Marchesa, with one report quoting Weinstein as saying it was mostly a one-time early infusion of cash. The brand has grown over the years to include bridal, beauty, jewelry, china and other housewares.

So where are Chapman’s celebrity friends at the moment, especially when it comes to publicly declaring their support or wearing her clothes? Is the Weinstein taint too strong? Was she bound to have known at least something about his alleged misdeeds?

Powered by The Fashion Law.