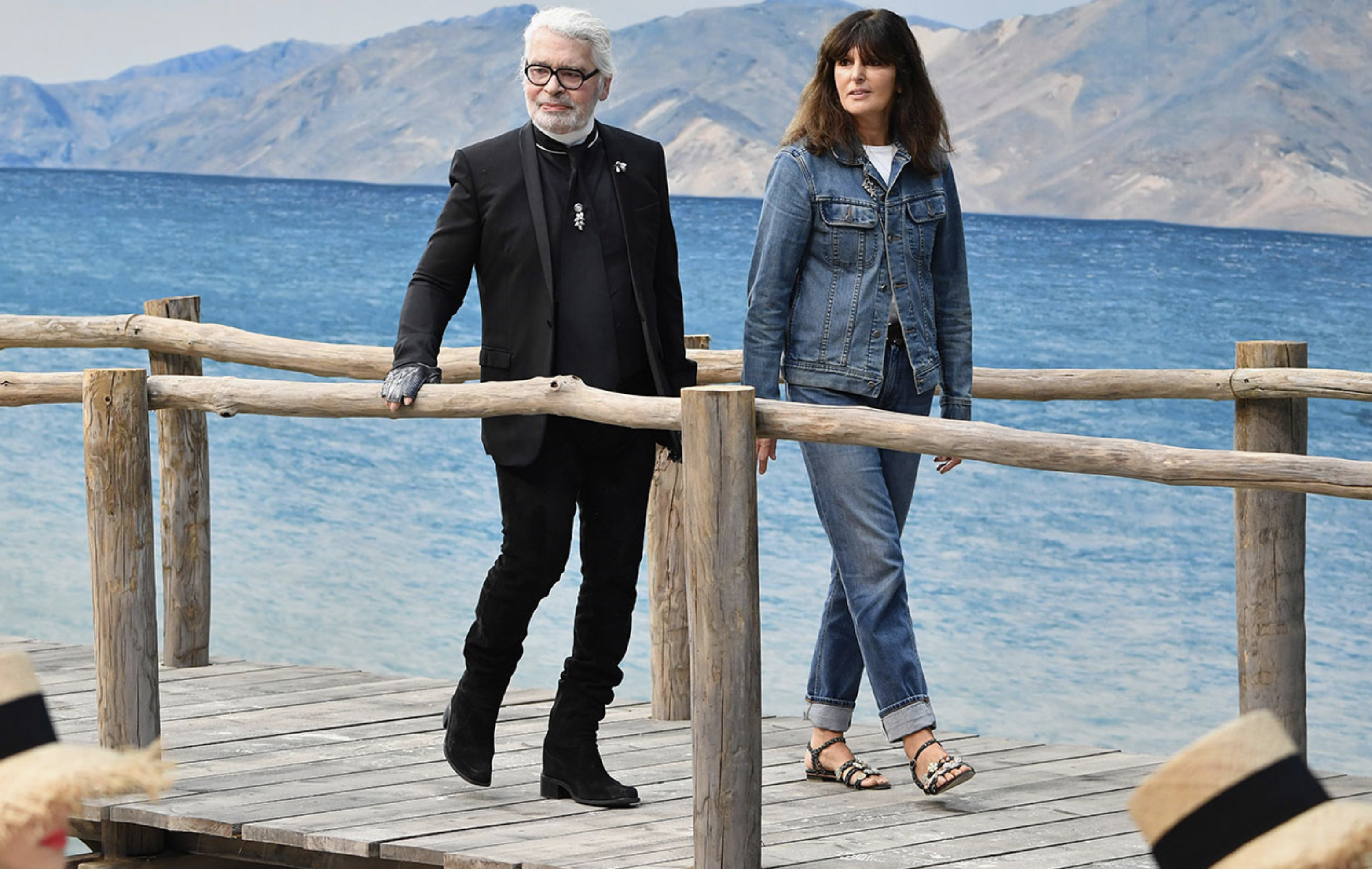 Early this morning, news broke that legendary designer Karl Lagerfeld had passed away at the age of 85. Chanel, in the midst of honoring the prolific creative, confirmed on Instagram that it has selected a designer to follow Lagerfeld’s unmatched 36-year run with the fashion house.

Virginie Viard, a relative unknown compared to the household name that is Lagerfeld, will take over as Chanel’s creative director. As Fashionista notes, fashion insiders have long speculated about Lagerfeld’s eventual replacement, tossing around names like Marc Jacobs, Haider Ackermann and one of Lagerfeld’s all-time favorite designers, Hedi Slimane. In the early aughts, Lagerfeld released a dietary book, explaining that his main motivation for losing weight was to fit in one of Slimane’s infamously-trim Dior Homme suits.

For most of his time at Chanel, Lagerfeld worked alongside Viard to develop the multiple yearly collections. She also took bows with him at the end of many recent shows, including the Spring 2019 haute couture collection that Lagerfeld wasn’t able to attend due to sickness. For now, it seems that the iconic brand is in good hands.

Read Chanel’s complete statement, including Viard’s confirmation, in the Instagram post below, along with the house’s Spring/Summer 2019 presentation, which culminated with Lagerfeld taking a bow alongside Viard.