I honestly think many critics are really tough on Virginie Viard. She manages to create intimate yet personal fashion for a brand with a format as big as Chanel but that sometimes her vision gets trapped or misunderstood. But, I think her autumn-winter 2020 collection was her most confident outing yet.

“Freedom!” declared the designer backstage. Viard explained that she was talking about the sort of wind-in-the-hair freedom that a horse rider feels as their steed bounds through the landscape. That idea of liberation translated into a collection of unforced, woman-friendly pieces that embraced the house codes at the same time that they reinforced Viard’s own pragmatic instincts for comfortable, no-nonsense glamour. 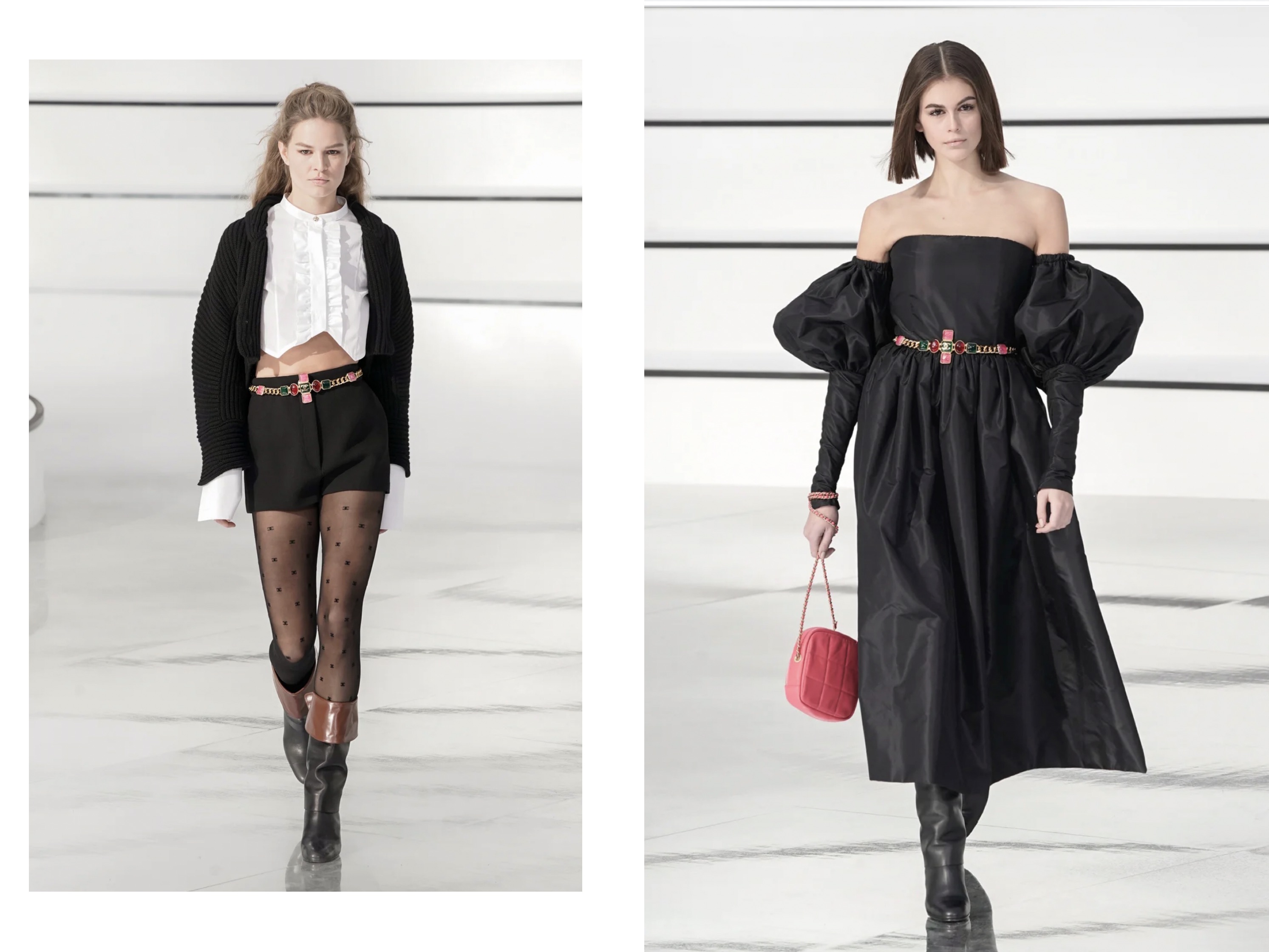 Taking her inspiration from a 1980s photograph of Karl Lagerfeld and his sometime muse Anna Piaggi, both dressed in the height of Edwardian-revival finery. In that image, Piaggi is shrouded in a veiled Death in Venice hat, and Lagerfeld wears a morning-dress-stripe jacket and vest, a floppy black silk cravat, jodhpurs, and a pair of sturdy riding boots – an image that for Viard represents “strong romance.”

She also drew ideas from the Claude Chabrol’s French film classic, the 1968 chiller “Les Biches”, about a lesbian love triangle. Some girls came out in pairs or groups of three, and it was refreshing to see them smiling and chatting to each other like friends, wearing unpretentious clothes that seemed to have stepped right out of their wardrobes to make sense for modern, everyday lives.

But – a big relief, the collection didn’t have 100+ looks and the setting was minimal – it all felt consistent, yet easy. Lagerfeld often spent millions turning the vast Grand Palais into his playground, building a Chanel space rocket, a near life-sized ocean liner, the Eiffel Tower, a tropical beach and the Verdun gorges — complete with waterfalls — as a backdrop for his extravagant shows. 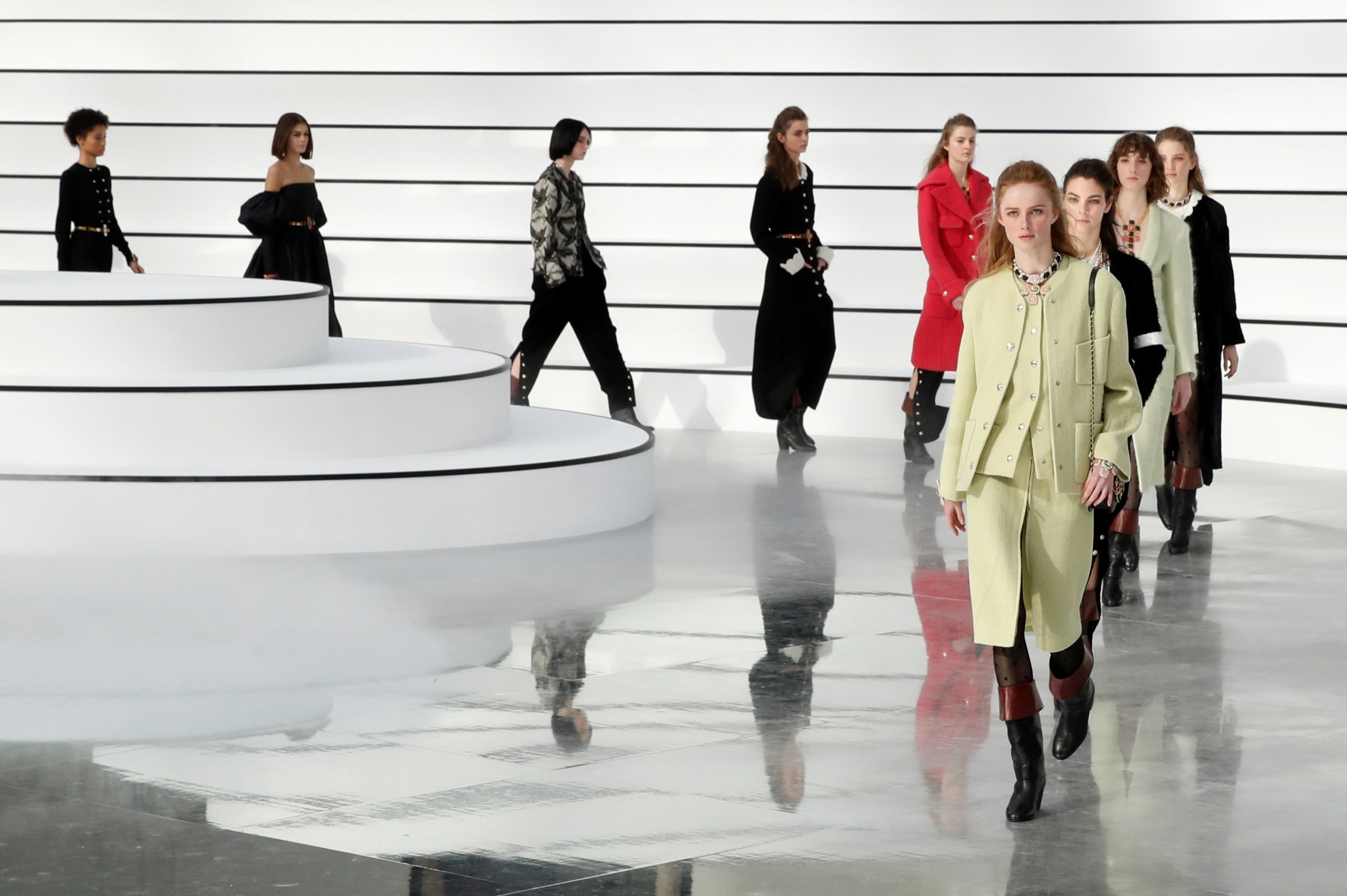