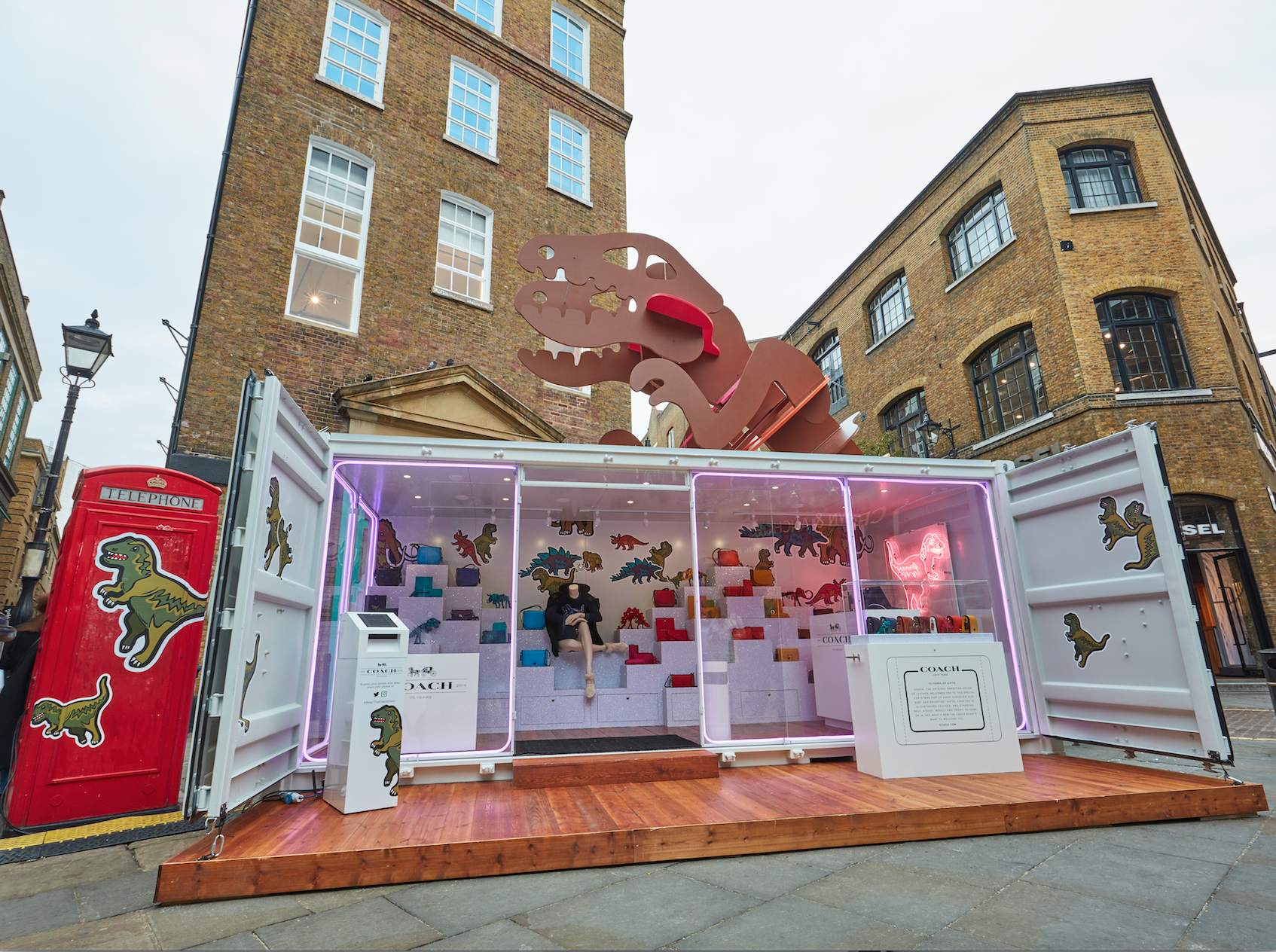 Coach, the leading New York design house of modern luxury accessories and lifestyle collections has launched a Coach ‘Holiday’ Pop Up in Covent Garden at 42 – 56 Earlham Street. This immersive brand experience is in support of the flagship opening of Coach House on Regent Street a week later, and is part of the brand’s continued 75th anniversary celebrations.

Kick starting the holiday season, the Coach pop up features a larger than life-size Rexy, the Coach Dinosaur and mascot, bursting as if to escape, from a large shipping container. The container has been transformed into a beautiful shopping space clad in charming holiday gifts in colourful assortments crafted in Coach’s famous glove tanned leather – the leather that has made Coach an iconic American fashion house. The Coach Holiday 2016 collection, with prices ranging from £30 to £1,400, also features the entire Coach Beast family – fun-loving Rexy and her friends Steggy the Stegosaurus, Tricky the Triceratops and Woolly the Woolly Mammoth – prehistoric friends who star on Coach’s glove tanned leather bags, accessories and more.