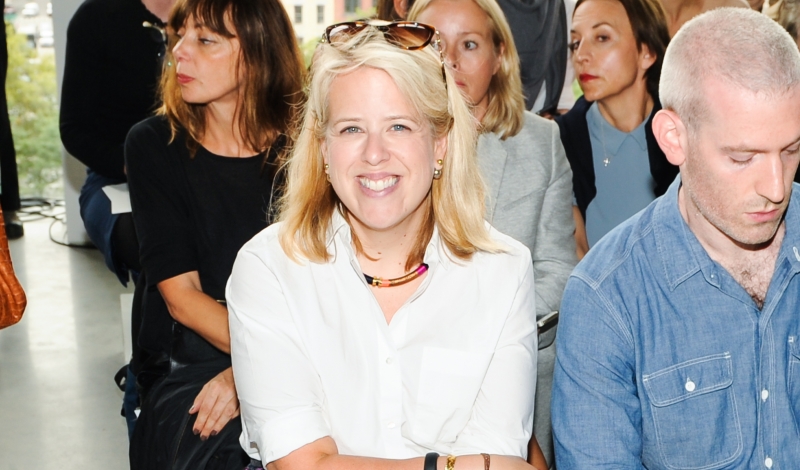 Booth Moore is an L.A.-based writer. In between her 18-year stint at the Los Angeles Times (where she served as the first fashion critic in that paper’s history) and joining the team at The Hollywood Reporter in 2016 – where she currently serves as Style and Fashion News Director. Booth contributed to a range of publications including The New York Times, The Wall Street Journal, Town & Country, C Magazine, Metropolitan Home and Conde Nast Traveler and has just launched her third book, American Runway.

CT: Booth, tell me how you got into the industry?

BM: I got into journalism before I got into fashion journalism, specifically working at various internships during my school years when I lived in New York City. After college, I moved to Washington, DC and took an internship at a wire news service called State News. I forged a connection there that led to another internship, this one at the Washington Post. I worked as a research assistant for a columnist there, who was the connection to my next job at the Los Angeles Times. When I started at the Los Angeles Times, I took the only job that was really available at the time, as a lower level staffer in the entertainment section. I just wanted to get my foot in the door. By then, I sort of knew I wanted to do fashion, so I started freelancing fashion stories at the LA Times and worked my way up from there, eventually being named the first fashion critic in LA Times history. So I guess the lessons are volunteer to do anything, make connections and ask for introductions!

CT: You grew up in New York City – why the transition to LA?

BM: I always idealized it when I was growing up in NYC, I think because it was so different. That was the 1980s, and the prospect of palm trees, convertibles, the Brat Pack, etc. was very enticing! Also, by the time I moved in the ‘90s, one of my best friends was living in LA, so that was an added bonus.

CT: Did you ever think from writing on the student newspaper you’d later be working for the LA Times for 18 years?

BM: I never did, no. I’ve always been ambitious but I didn’t really have a plan ahead of time, just step-by-step.

CT: And now, you are the Style and Fashion News Director at The Hollywood Reporter, just how different is THR to LA Times and why did you decide to leave?

BM: I decided to leave the LA Times because I had seen the paper go through a lot of challenges over the years with various ownership and management. At the highest point, we launched the Image section, which is the style section still in place there, with a robust staff of 10 people. But the financial challenges at the company came down on us not even a year after we launched, and we lost a lot of that staff. From then on, the dedication to offering quality style coverage seemed to decrease year-after-year. During one of the rounds of buyouts, I decided it was time to try something new.

CT: Of all the topics in the world to become interested in and write about, why fashion?

BM: I have an innate love of it, always have, since I was a toddler carrying a purse! As a topic to write about, I like that it combines so many of my interests: history, art, shopping, celebrity, even a bit of theater, and sociology, of course. It’s a lens to look at current events, too, so there’s a lot there.

CT: What was your first eye-opener to fashion journalism and who was your ‘muse’?

BM: Probably the first fashion journalist I really paid attention to was Cathy Horyn, who was the fashion editor at the Washington Post when I was there. Soon after, it was Suzy Menkes. On a personal level, Robin Givhan, now at the Washington Post, has been a friend and role model for a long time. But really, all of the fashion news journalists, and sadly there aren’t so many today, have always been an inspiration. I learned from them how to report on fashion seriously. And they all have a tremendous work ethic and stamina. Going to the runway shows and being a deadline writer covering them in real time is no easy feat!

CT: Do you write the way you personally feel or do you write on how the reader should feel?

BM: My coverage is subjective, sure, but I hope it includes context of current events, history, what a designer has done recently, what’s creative or future-thinking, what is practical for a woman to wear, and worthy of her spending money on.

CT: You recently had a book published – ‘American Runway, 75 years of fashion and the front row’ – How did the book come about?

BM: I was approached by the Council of Fashion Designers of America to write it, and it’s a history of the American runway and how it went from being an intimate industry-focused selling tool to become a consumer-facing stage.

CT: For those who haven’t had a chance to see it, what can they expect?

BM: The whole history of the runway shows dating back to 1943 in New York City, how fashion week was created by a group of kick ass women in retailing, PR and design to elevate American designers during World War II, when manufacturers were cut off from the stream of ideas from France. It tells the story of how press members from all over the country (most of them women, too) were brought to New York (in many cases, their trips were paid for by an industry organization) and how they took back the message of American fashion to their readers. The book talks about how the shows changed from these prim and proper (events in the 1940s and 50s to become more like happenings in the 1960s and ‘70s, thanks to designers like Halston and Stephen Burrows, who attracted model personalities to their runways and celebrities to their front rows. And then it explains how the shows became an even bigger deal in the 1980s when American designers became global brands and started licensing. Many of the shows became more like splashy advertising statements. From that, we got the shows designed to appeal to viewers on social media today, with all their entertainment spectacle.

CT: You are pretty active on Instagram and Twitter, how important is social media now to tell a message for you?

BM: I wish I had more time to do it, honestly, because it’s so much fun! Twitter I’ve been doing forever. And for me at the shows, it’s almost a form of taking notes—snapping a photo of something and tweeting it with a comment. Instagram is a little harder for me because I feel like there’s pressure to share and get personal and that doesn’t come naturally to me as much. But I’m trying to be better about it because when I do share what I’m wearing or where I’m shopping or something, people seem to like it.

CT: What is your thoughts on blogs and webpages alike? Do you think they deflect away from true fashion journalism?

BM: No, I think some great fashion journalism is being done on website and web blogs.

CT: What advice would you give an aspiring fashion journalist?

BM: Start writing, any way you can. Intern, start your own blog or Instagram. It’s so different then when I first started because there is this giant platform that’s open to anyone and if you write something interesting, you never know how it might spark a conversation or attract attention.

CT: With the fashion landscape forever changing, can you forecast the big designer next move – and if so – who do you think is next to move?

BM: Oh my gosh, I don’t know! I think the tenure for designers is getting shorter and shorter, honestly. One reason is just that the demands and pressure are so high, and the public’s attention span so short. There is an unquenchable thirst for the new. I think the days when we have designers at houses longer than 5 years are probably over.

CT: What labels have you recently come across that you think will be ones to watch?

BM: In streetwear, Heron Preston. I think Gabriela Hearst has a great female-friendly story to tell and her clothes make sense for a lot of women. 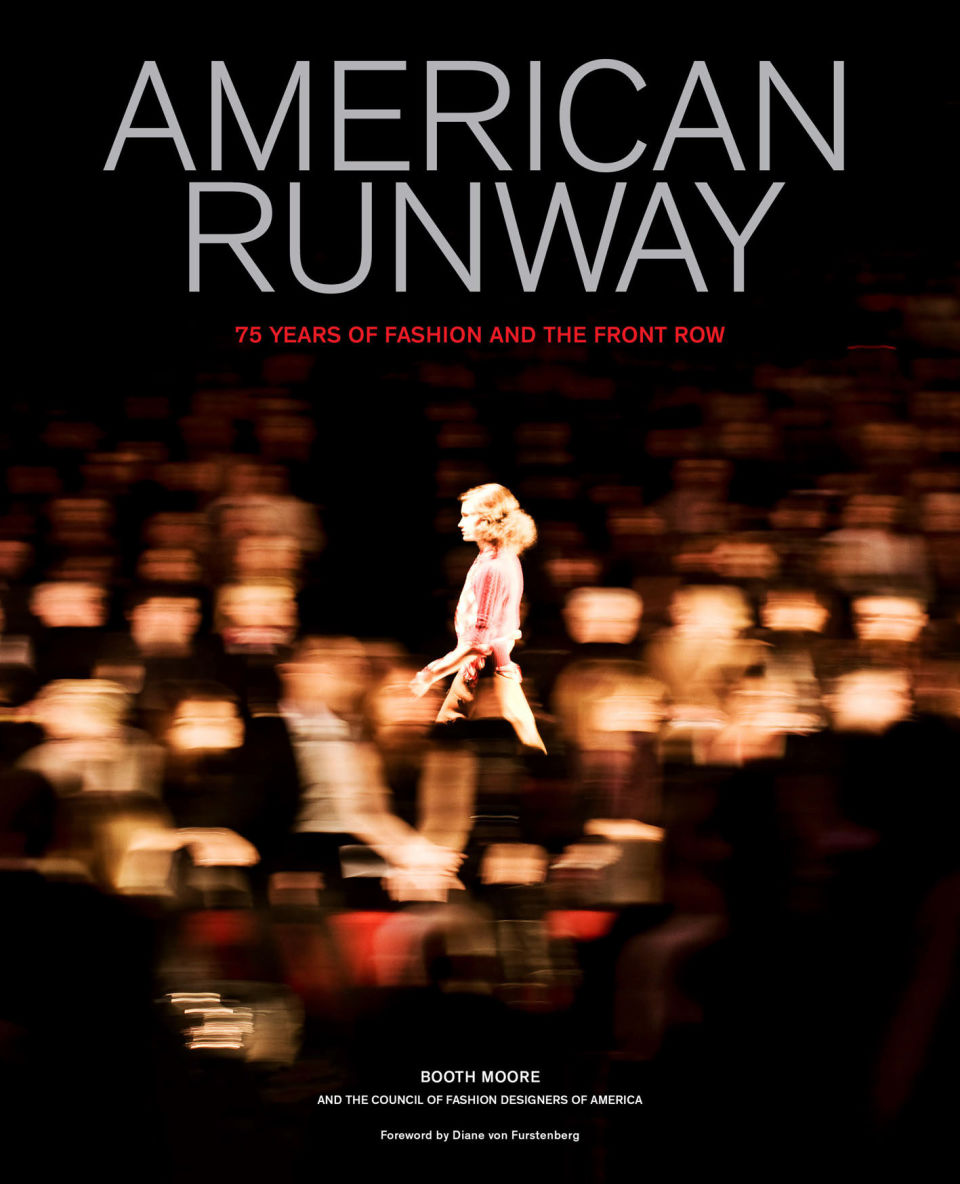 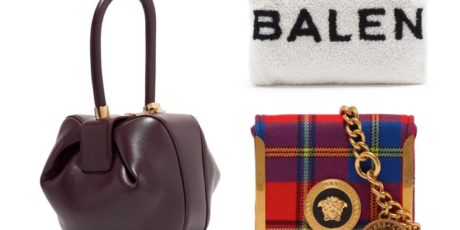 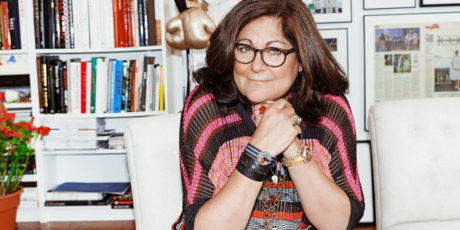 SIX COATS YOU NEED THIS FALL