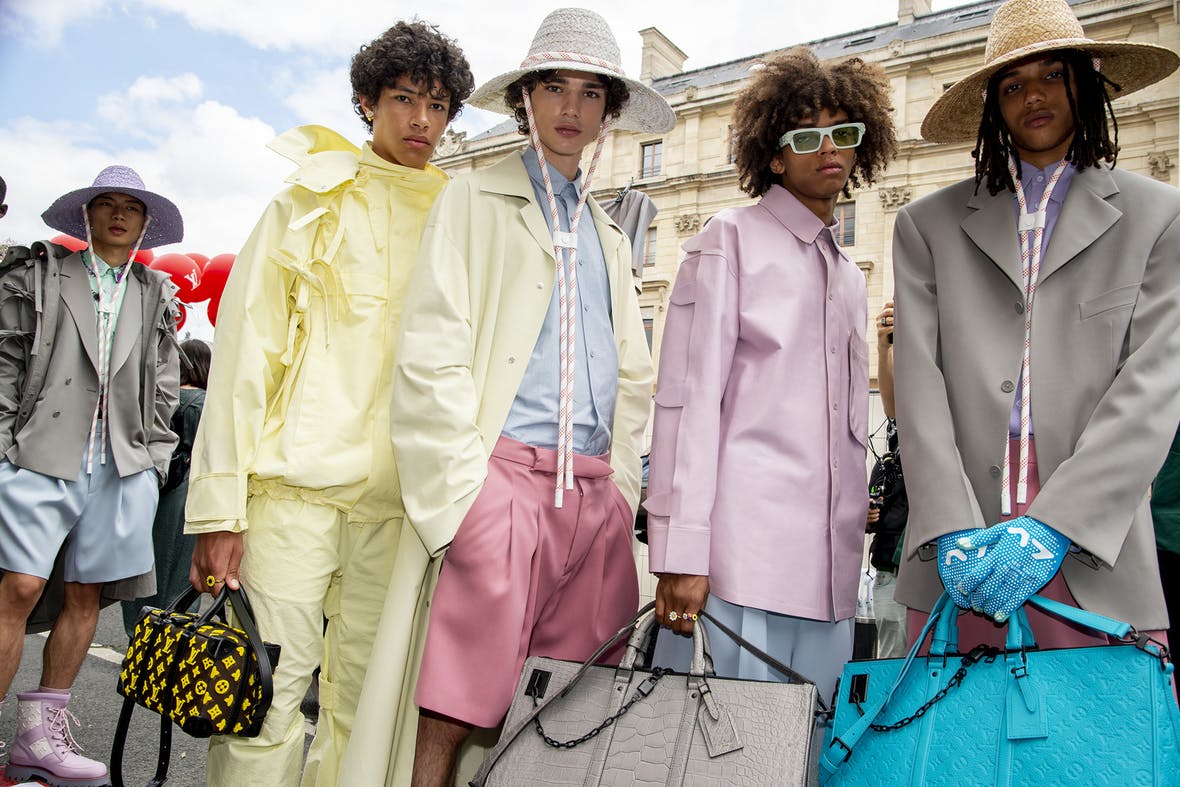 It’s Virgil Abloh‘s third season at men’s Louis Vuitton, and probably his best. For the spring-summer 2020 show, the brand held it in the real-life, cobbled streets and cafes of the Place Dauphine. The audience sat under trees on Louis Vuitton park benches or sipped a glass of champagne at outdoor tables.

The view? A collection of easy, big shapes, flowing pants, real flowers stuck into harnesses and some really good outerwear. People like Dev Hynes of Blood Orange were part of the show’s casting, which made it even more intriguing. Of course, there were some similarities to Craig Green’s garments in these wearable, geometric constructions that closed the show, but the collection’s main focus was on couture-level craftsmanship.

Flower embroideries climbed up tulle coats, and a couple of immensely luxe iterations of hoodies, made from minutely pleated chiffon. “I’m learning, and taking much more of a couture approach”, he told the press after the show. It was a collection oozing with pure positivity, from the delicious pastel colour palette to the flower power elements.