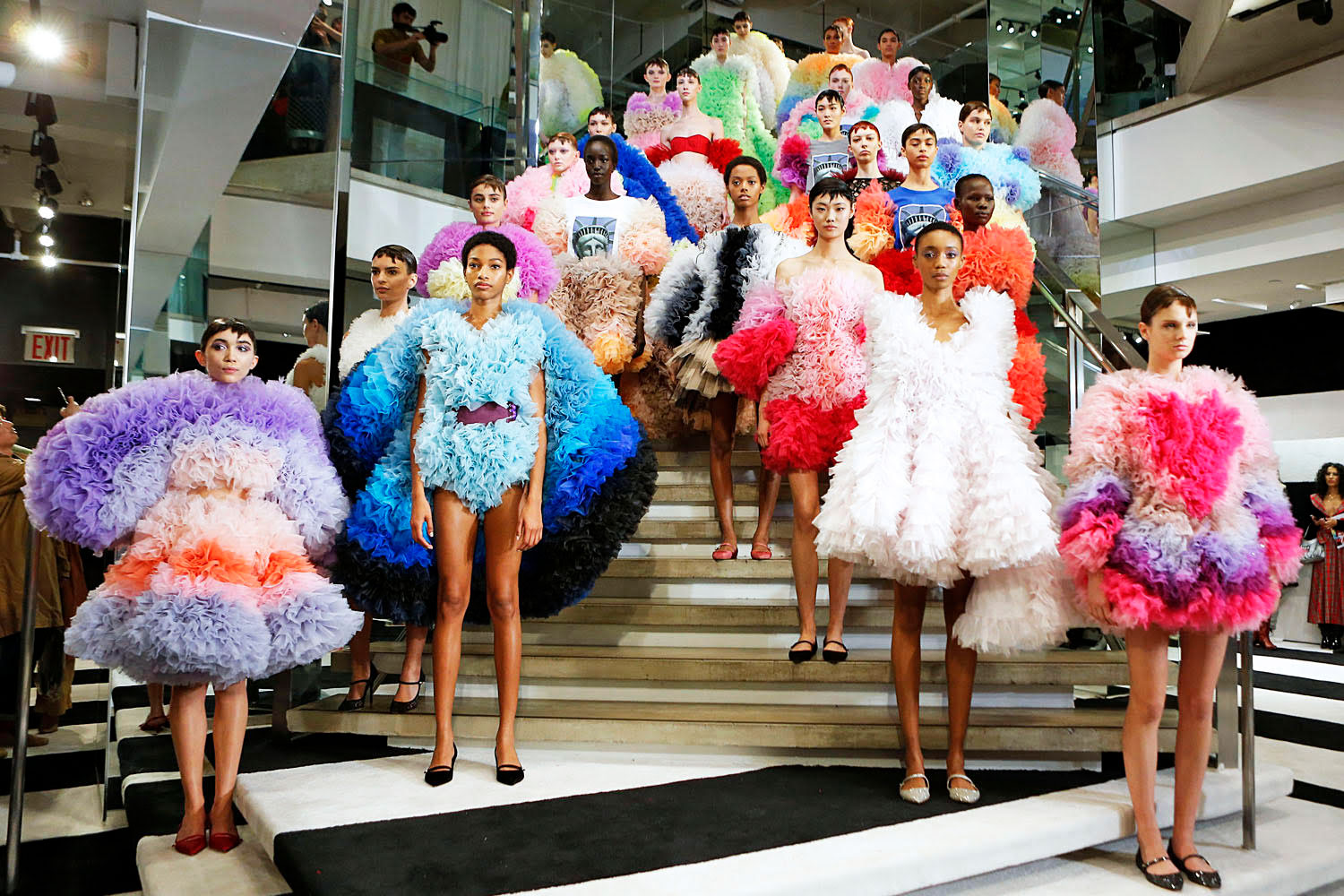 When you become a Marc Jacobs protegé, are allowed to present your collection in his Madison Avenue store, get Katie Grand as a stylist, Pat McGrath for the make-up, and Gwendoline Christie, Karen Elson, Rowan Blanchard and Bella Hadid walk your debut show, be sure you will be on everybody’s lips for the rest of New York fashion week. But, all this very helpful support is just the cherry on the cake, because Tomo Koizumi‘s fashion is a star in itself. Although I would be cautious with calling Koizumi’s autumn-winter 2019 a fantasy of Pierpaolo Piccioli’s Valentino heights, this outing really was a fantasy that is just what New York needs.

In the crowd of post-Philo aesthetic and too-edgy styling, Tomo’s polyester organza pieces, kept in all the shades of rainbow, are a true fairy-tale. Capes, ball-skirts, gowns of different lengths – all looking like a candy-sweet armour. Where will this major debut take Koizumi and his distinct style? Time will show. But it’s worth mentioning that Jacobs should be praised for helping out a new talent with his great platform. Hope to see more of initiatives like this in the upcoming seasons.