Gucci faces a possible backlash for showing straitjackets, meant to make a statement about self-expression and not to be sold in stores, at Milan Fashion Week. 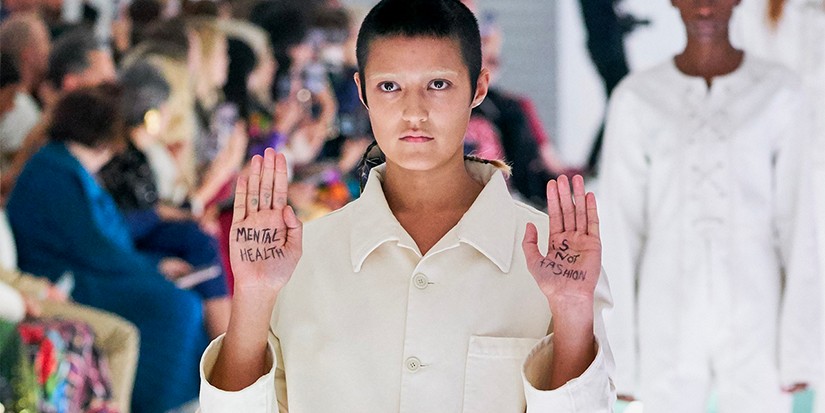 Model Ayesha Tan Jones held up “Mental Health Is Not Fashion” on her hands on her way down the runway. She then posted on Instagram that straitjackets symbolize “a cruel time in medicine when mental illness was not understood.” She called Gucci’s use of the imagery “hurtful and insensitive.”

Gucci said in a statement that creative director Alessandro Michele designed “blank-styled” clothes to make a point about fashion and self-expression. The clothes were included “as the most extreme version of a uniform dictated by society and those who control it.” They will not be sold in stores.

That drew a few negative responses on social media, including a tweet on how the fashion label is mocking mental illness.

The Italian luxury label apologized in February for selling an $890 black turtleneck resembling blackface images. The company said it immediately removed the sweater from all stores.

Michele has sparked rapid growth for Gucci with his decadent, more-is-more aesthetic. Gestures like donating to a gun-control march and banning fur from runways have also helped Gucci to win over young consumers.