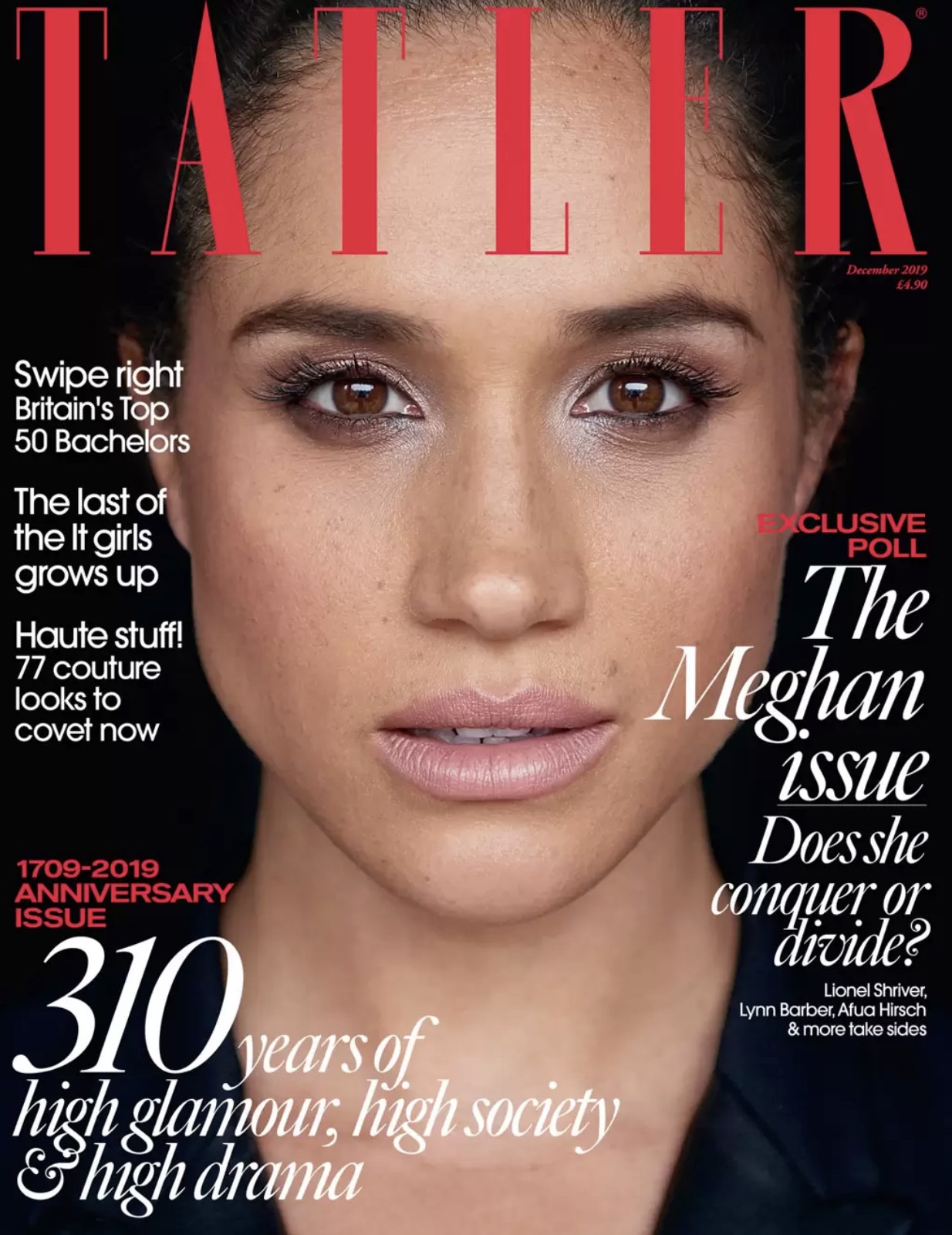 Arriving on the social scene 310 years ago in 1709, Tatler has always reported from the front lines of High Society, giving readers the inside track on the most important and influential people in the country.

So, who better to appear on the cover of the special 310th Anniversary Issue than HRH The Duchess of Sussex, the most talked about woman of the day? Tatler conducted an exclusive nationwide poll on the country’s opinions on Meghan and four writers share their differing takes on the Duchess: Lynn Barber, Afua Hirsch, Yasmin Alibhai-Brown and Lionel Shriver.

‘I think the Duchess of Sussex is fabulous. I love that she is independent and not afraid of doing things her own way. I like her fashion choices, which are sophisticated and grown-up, and the way she is bringing a breath of California cool to the drab and dusty corridors of the old guard,’ says Richard Dennen, Editor-in-Chief of Tatler.

The December issue is on newsstands on 31st October.