TAG Heuer promised us five new models celebrating 50 years of the Monaco throughout 2019. Each edition tips its hat to a certain decade of motorsport and culture that the watch has been in production. This edition celebrates the era of 1999-2009.

The traditional Heuer logo was used instead of modern TAG Heuer branding found on other watches in the lineup, and the adherence to the original design continues with the pushers on the right and the crown on the left. That has to do with the inclusion of the TAG Heuer’s Caliber 11, which itself is an homage to the brand’s own game-changing caliber released in 1969. The Caliber 11 was among a fine crop of first-ever automatic chronographs; the Monaco was one of the first watches to become a silver screen star in its own right, when in 1971 Steve McQueen famously wore the Monaco in the movie Le Mans.

To capture the decade marked by the turning of the millennium, TAG Heuer’s designers elected a monochromatic theme that’s meant to highlight the iconic case shape. A pop of colour is present, with red and orange accents. 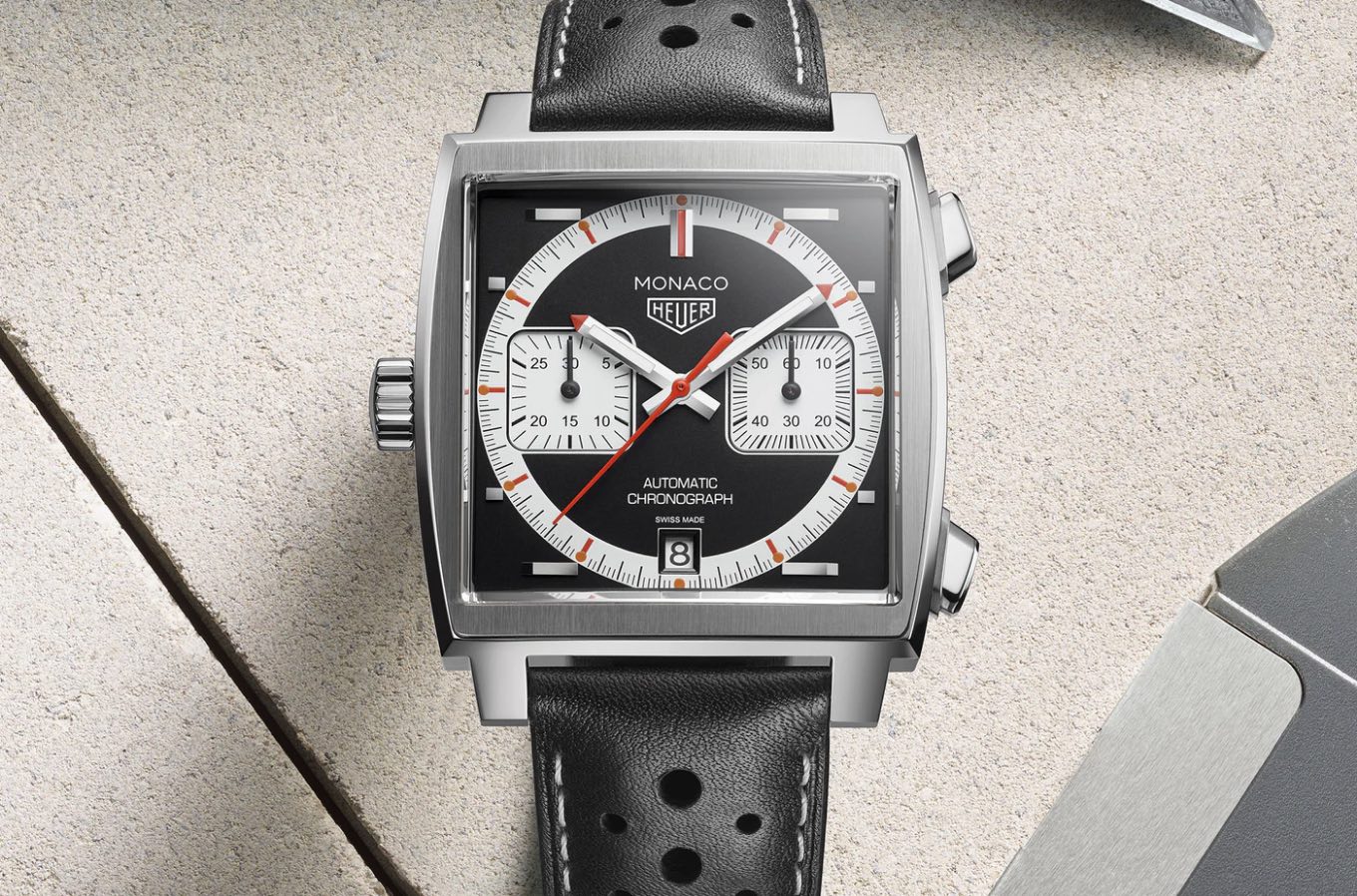 This Monaco is positioned as a tribute to the early 2000s (and of course the millennium-bug-fearing ’99, of course), but let’s shelve that notion for a second. Aside from some vague marketing language, there isn’t any visual language present that directly connects this watch with that specific decade. Instead of asking the obvious question of how this design connects to the early 2000s, Let’s rewind back to the 1970s for a moment, when Heuer was experimenting with partnerships. One particular partnership with an American cigarette company, Viceroy, produced an Autavia, another model that’s developed a niche following similar to the Monaco.

The story goes that folks who bought ten packs of cigarettes would be granted the opportunity to buy the watch at a discounted $88. Otherwise retail price of the watch was $200. An advertising campaign backed by big tobacco put the image of the watch among the pages of legacy publications. Viceroy spent $12.3 million in 1971 on promotions and ads. It worked. 5,000 Viceroys were sold through this promotion.

The Viceroy Autavia was popular in ’72, and that didn’t fade over time. The panda dial with red accents is still an iconic design expression among the Heuer collecting community. While a Monaco with this motif has been produced before, ref. CAW2114.FT60, it was powered by a caliber 12. The limited edition 1999-2009 model uses the new caliber 11. This caliber, paired with a dial that riffs of the Viceroy, visually ties this watch back to the glory days of Heuer. There are subtle differences, like crisp white instead of a silvery off-white for the registers, and maybe that’s where 1999-2009 comes in. 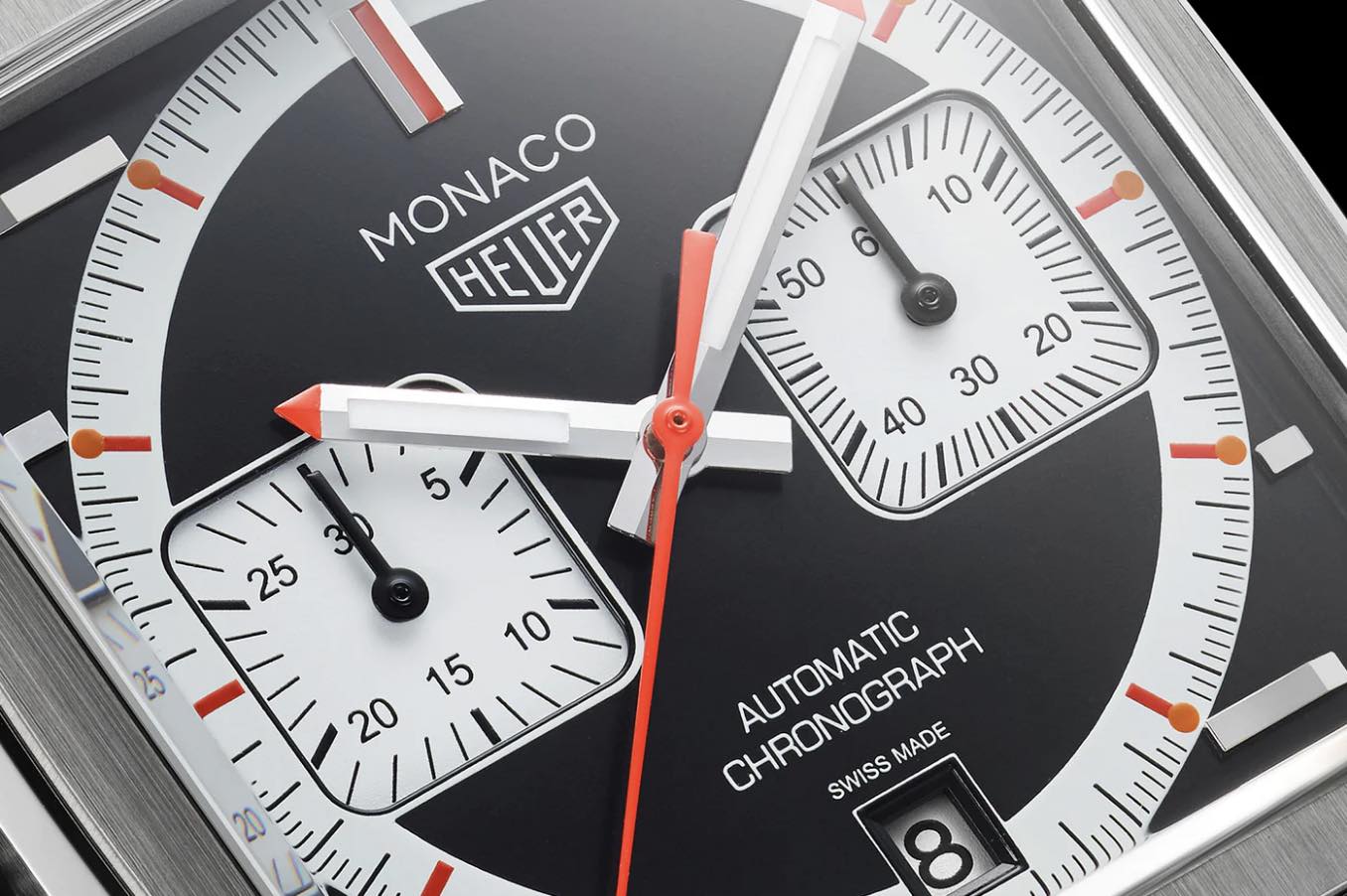 The 1999-2009 limited edition looks thoughtful in its own right, even without the consideration that it may have been informed by the Viceroy Autavia. The white opaline seconds sub-dial and chronograph minutes counter on a black dial sticks to a tried and true monochromatic formula that not only looks svelte, but has proven reliable and supremely legible over decades. Just look at any dashboard or cockpit. 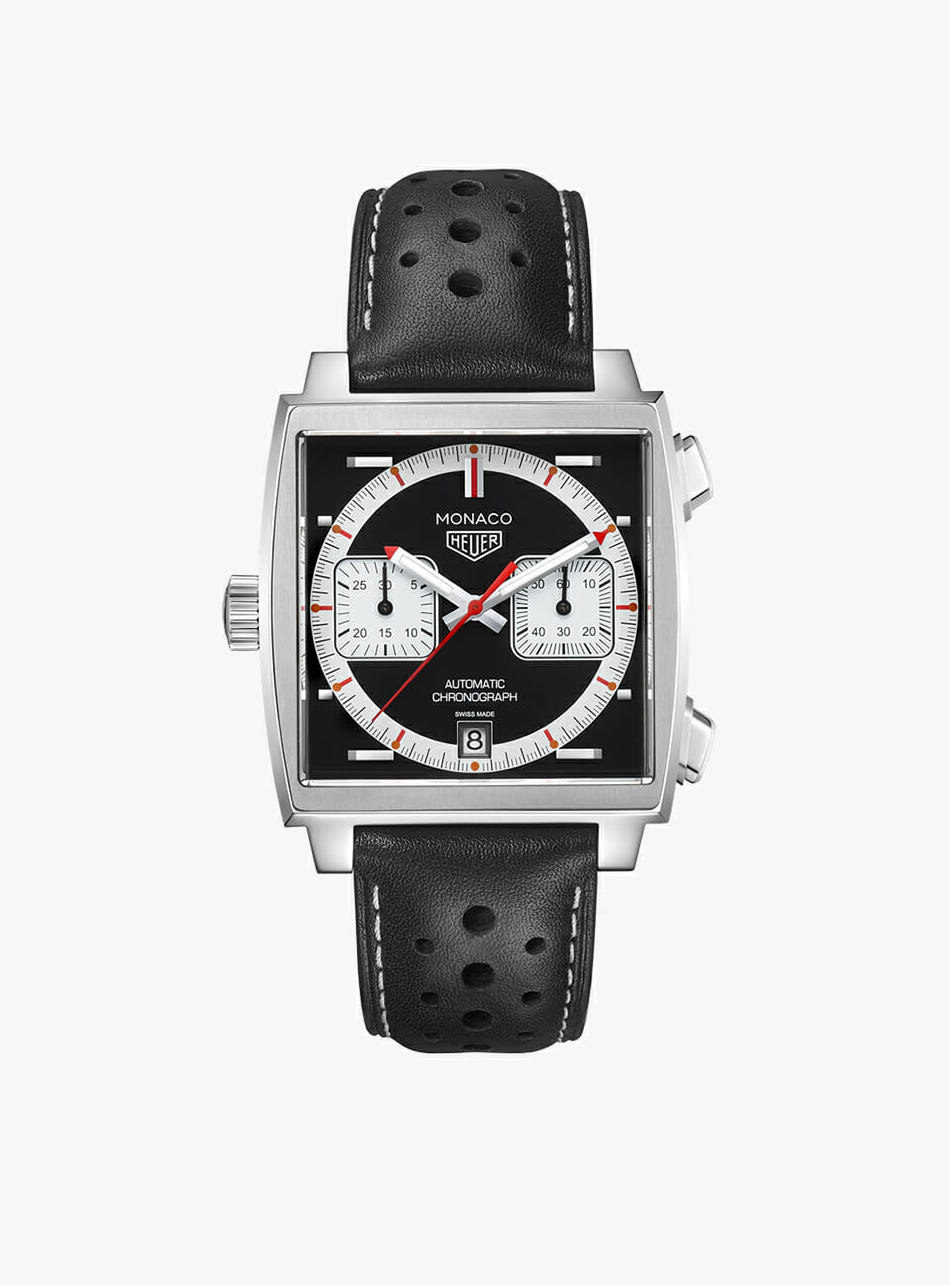