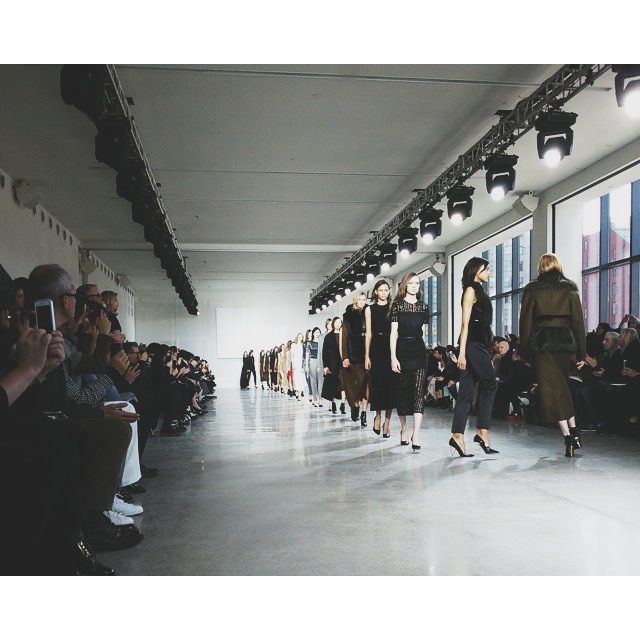 Runway finale at Jason Wu. The collection held clean lines and sophisticated elegance that donned the runway covered in a deep intense palette. The minimalist bent continued into the other looks which were either washed in olive or black, with shots of red and camel. Belted fur accents were seen throughout the collection be they as vest over silk dresses or as a scarf over a tuxedo-style jumpsuit.