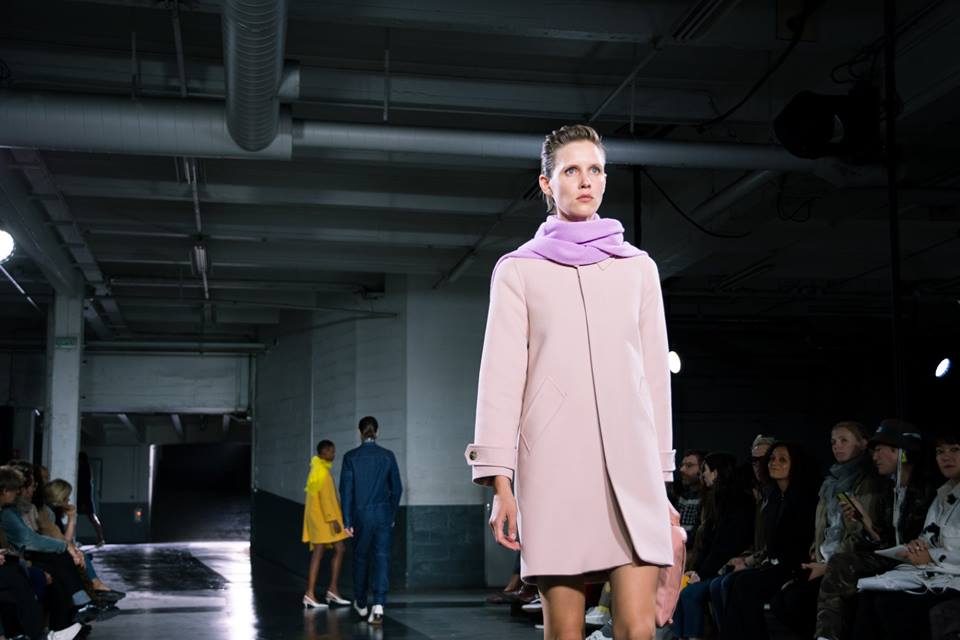 Jean Touitou‘s A.P.C. has been around for more than 30 years, but it surprisingly still feels like a young, niche brand – with dozens of stores worldwide. This season it seemed that the brand’s founder wanted do something a bit more mature and visible than an intimate presentation in the headquarters.

He came up with quite big offering for women and men, filled with A.P.C. classics (and not only). The colour splash – featuring joyous shades of yellow and pink – were something new to Touitou’s repertoire. While the label’s collections often focus on the visibility of the clothes, I had an impression that this time styling became the key. The models’ rockabilly hair brought some spice to the tres chic shirtdresses and lovely denim pieces. A.P.C. is in expansion mode, fashion- and business-forward. To be honest, I loved it’s off-the-radar nature and I would really, really hate to see it go the, let’s say, Zadig & Voltaire way. Well, I’m sure Touitou won’t be risking his loyal fan-base…