Kamala Harris sparked a buzz from Twitter on Saturday night, before she even uttered a word of her victory speech. The moment she stepped on stage in Delaware—to a Mary J. Blige song, no less—viewers were fixated on her vice presidential attire: a white pantsuit and silky, pussybow blouse. She also traded in her signature Converse sneakers for nude heels. 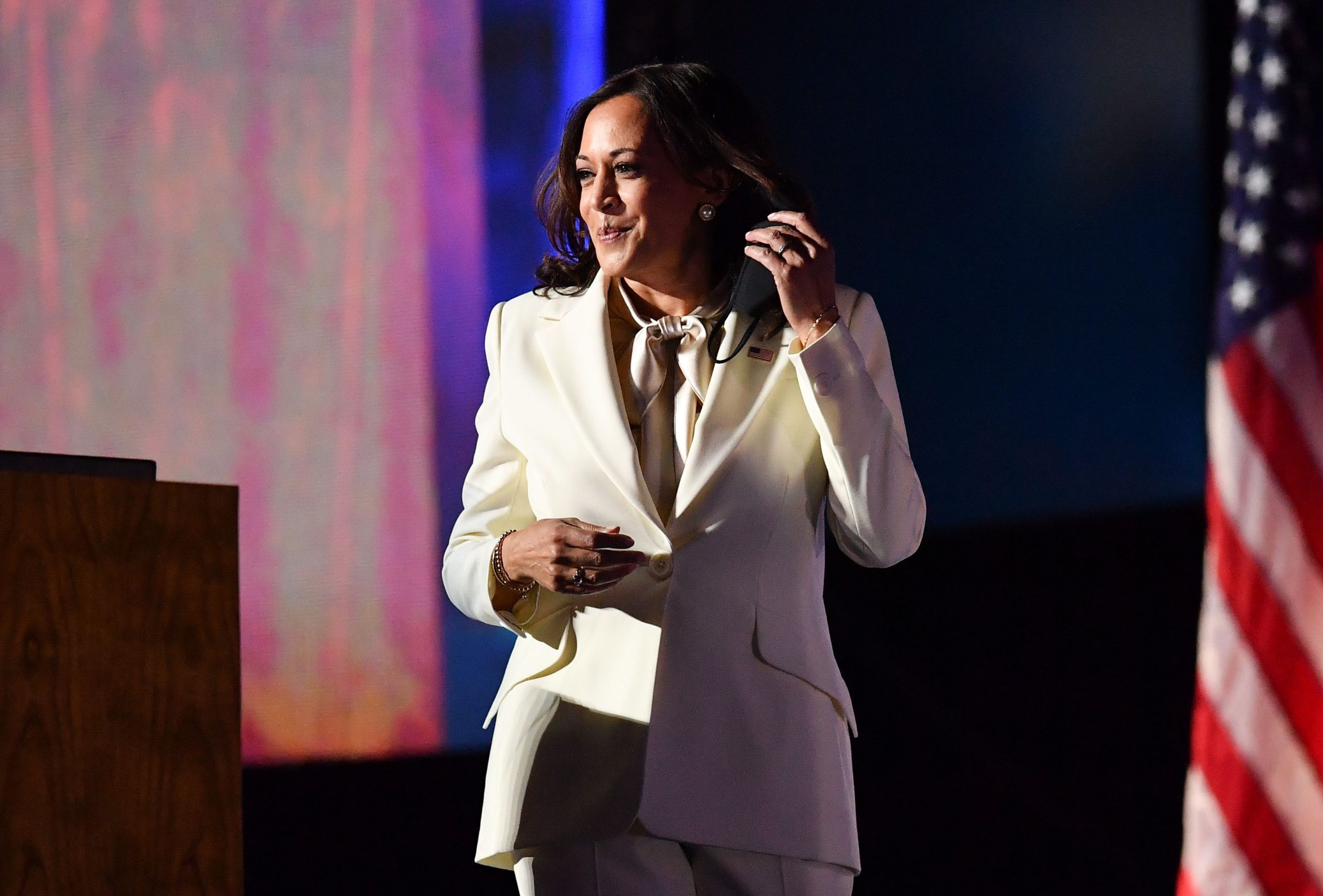 The ivory look, reportedly from Carolina Herrera, is being viewed as an homage to women suffragists in the early 20th century, who wore all-white attire while fighting for the right to vote. In recent years, women in politics have made similar sartorial references, like Democratic Congresswomen in 2018, who wore white to the State of the Union address, or Hillary Clinton, who wore a white pantsuit when she became the first female presidential nominee for a major political party in 2016.

Underneath the white look, it’s believed the vice president elects blouse is from American label, Tory Buch retailing at £375.00. Shop the item below: 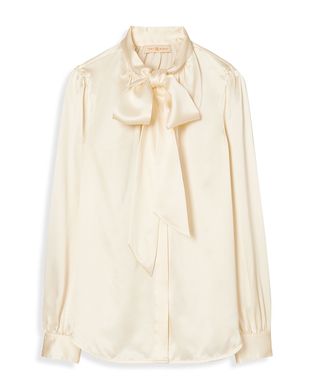 Please note: Occasionally, I use affiliate links on this site. This does not affect any editorial decision-making.