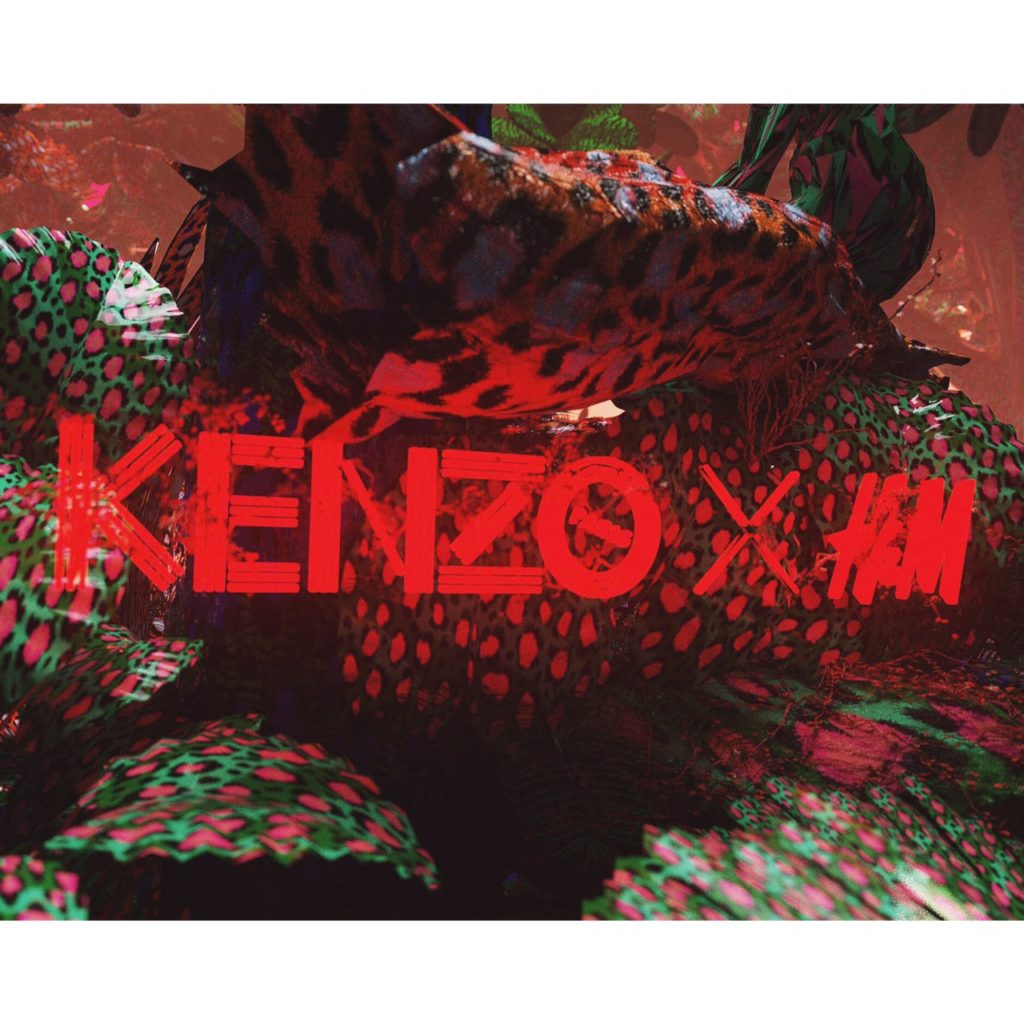 High Street label H&M is teaming up with Kenzo for its next designer collaboration. The Swedish retailer posted a short video to its social media channels this this morning to make the announcement.

The jungle theme depicted here is a familiar one for creative directors Humberto Leon and Carol Lim — their Kenzo x The Jungle Book collection that dropped last month.

“Carol Lim and Humberto Leon have set their own fashion agenda with collections full of bold colours and vivid prints, revealed through high-impact shows, artist collaborations and creative digital campaigns” since taking the reins at Kenzo in 2011, H&M stated in a generic press release.

“”With this collaboration with H&M we want to think big, push the boundaries and bring the new energy of KENZO to everyone around the world,” added Lim and Leon.

Kenzo x H&M will consist of men’s and women’s clothing and accessories and will hit the web and 250 select stores around the world on Thursday 3rd November worldwide.