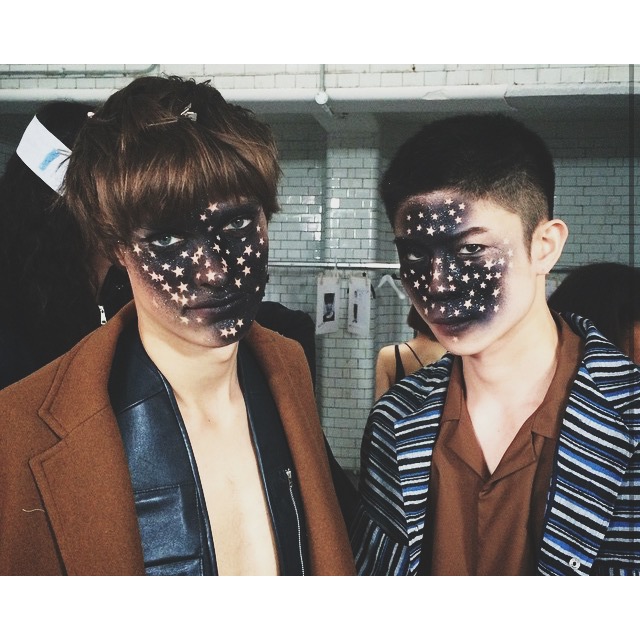 It wasn’t the first time that Agi Mdumulla and Sam Cotton returned to childhood to draw inspiration for their collection; last season saw them bringing children’s playfulness into the equation as a disruptive force This season, duo Agi & Sam are all about perfecting the basics. They’re focusing on things they want to wear and making those items of clothing better. There’s a utilitarian undertone to this SS16 man, and a seventies nod with the stripe motif throughout the line.  They joked backstage that they  are afraid of growing up….