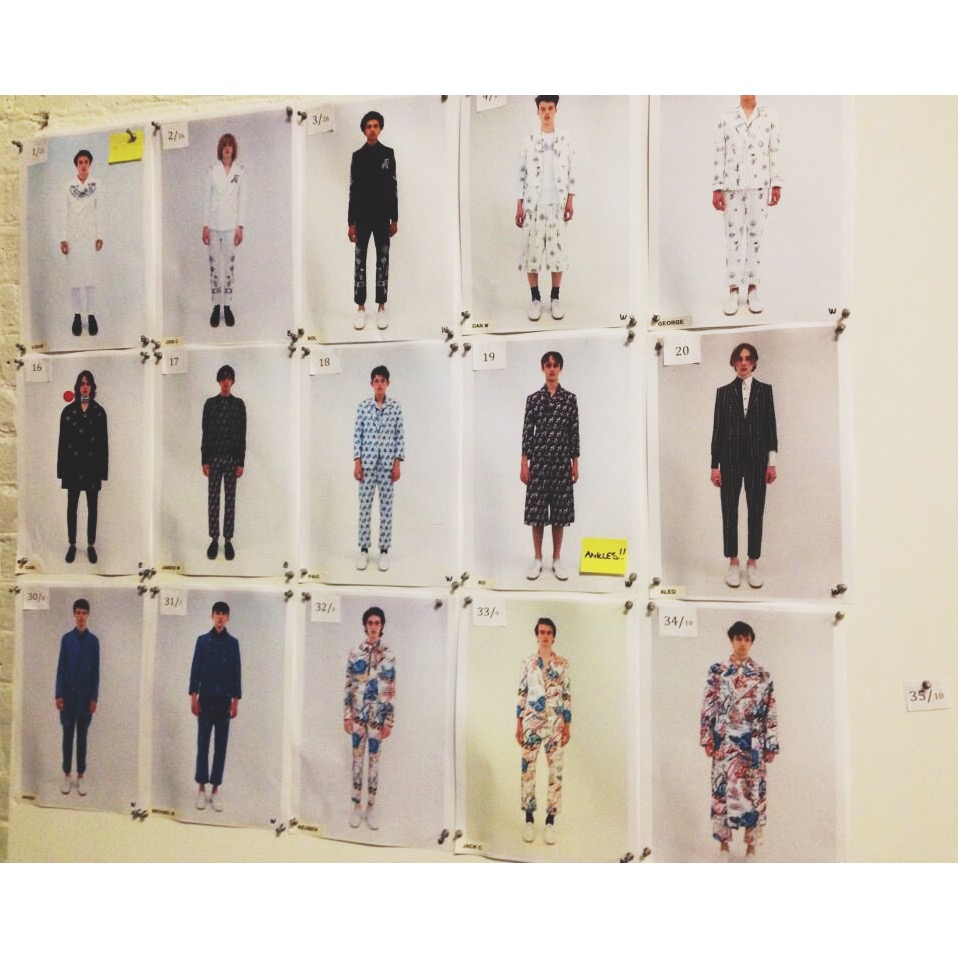 Alexander McQueen show notes mentioned the words ‘sailors and wrestlers’ with the ultimate Anna Miles fantasy. Bare ankles, shown off in what we will term a minimalist 70’s flare. Think cropped trouser with a bit of a kick in a hem. This was tailored. sharply cut, well fitted suits and coats, with a swashbuckling, over sized grommet festooned belt.

The sailor element came in the form of traditional sea faring tattoos, in blue, the shade of tattoo ink. Wet locks hit the runway in all varieties, welcome the McQueen SS16 man.