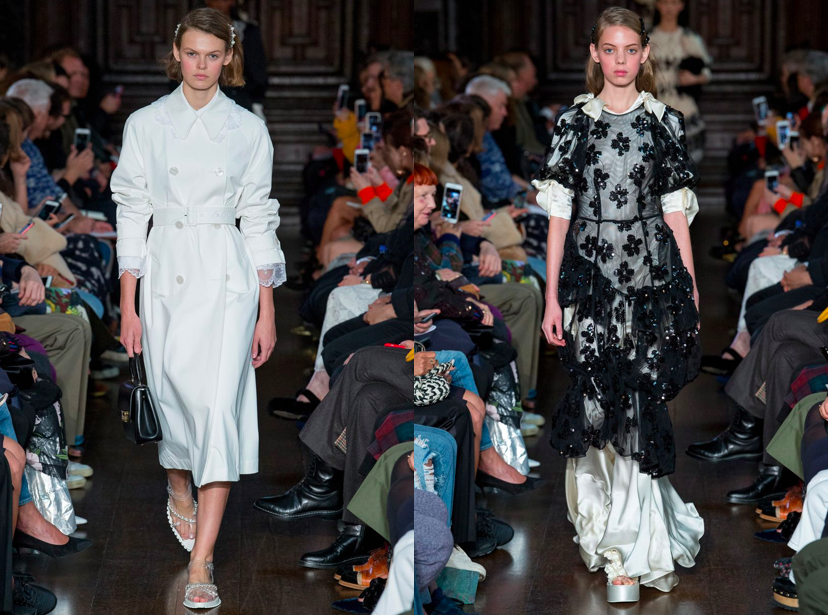 “I had these china dolls with Victoriana dresses when I was little. I used to send them down the bannisters at home, so they ended up with cracked faces,” Simona Rocha told the press after her spring-summer 2018 fashion show. “But I kept them, and now they’re coming out again for my daughter to play with. I loved unpacking them and looking at their dresses, and the tiny boots and everything.” Rocha’s daughter, Valentine, and motherhood in general, bring a lot of joy and fantasy to the designer’s work lately. 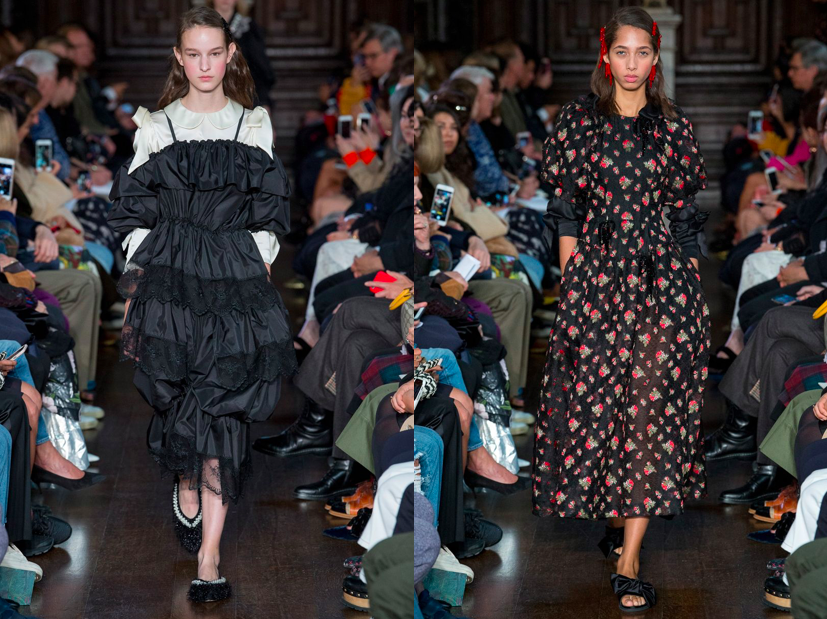 The new collection by Rocha was innocent, playful and naïve – and nearly kept in virginal all-white. Red dolls were embroidered on white poplin dresses and over-sized shirts, while hand-painted flowers decorated the ball-skirts and coats. Little-lady pearls were the key element of the collection, neatly used as the main material for jewellery and embellishments. Although all of the models had girlie blushes and were kinda sweet and adorable, that wasn’t a tale of high-fashion Lolita, as the collection had some more grown-up moments. Elongated bias-cut dresses in funeral black looked serious – was that a glimpse at an alternative wardrobe of Mrs. Haze, the mother of Nabokov’a naughty heroine? 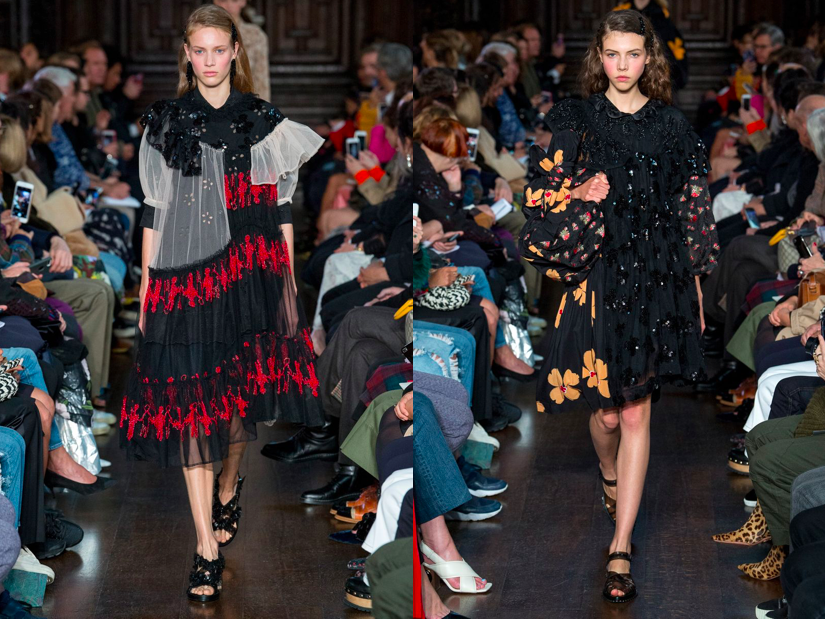