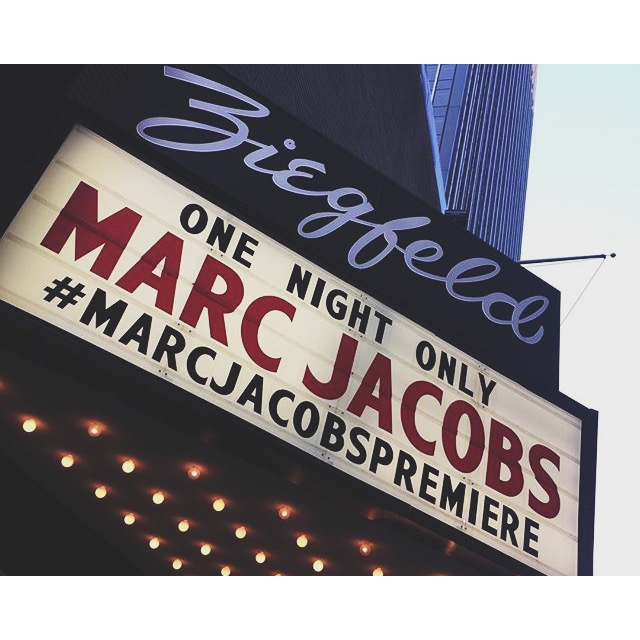 Held in the Ziegfeld, Manhattan’s only surviving single-screen cinema, Marc Jacobs previewed 61 looks from his Spring Summer 2016 collection. The real movie began with silhouettes shaped in Americana prints, flags and Vegas crystals all came together for a storyline which only plundered siren-esque styles from the Forties. Each look held that connection by sweeping gowns and feather stoles and accentuated screen-ready make-up. xWith a few sequinned looks, exaggerated square shoulders which could only be described as a fitting tribute to singer Bette Midler, the collection’s unofficial muse. Best show-viroment to date. 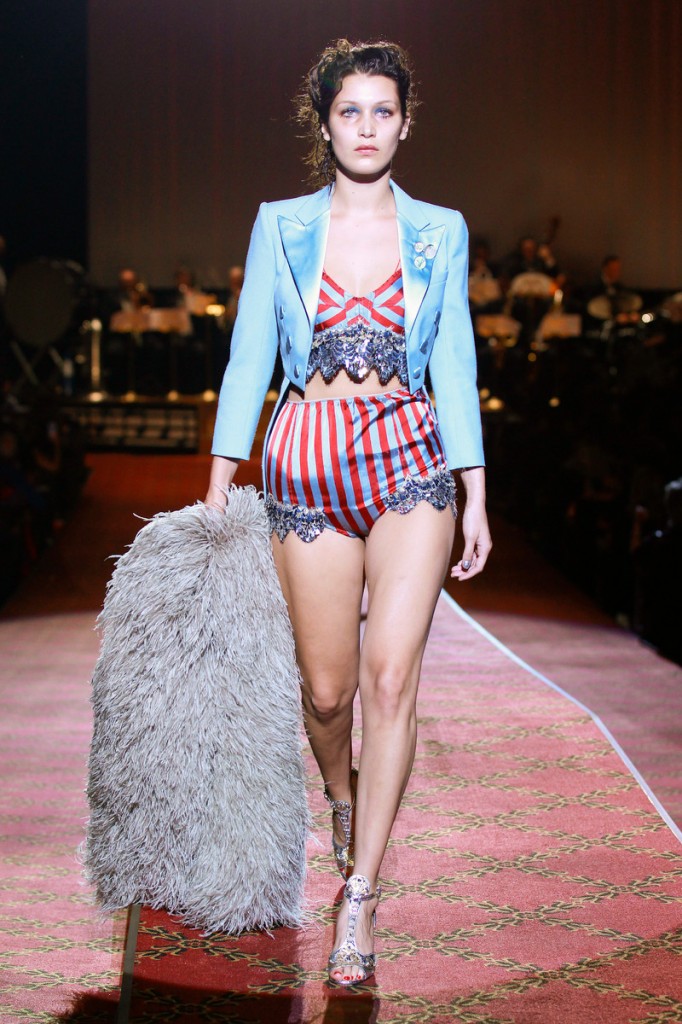 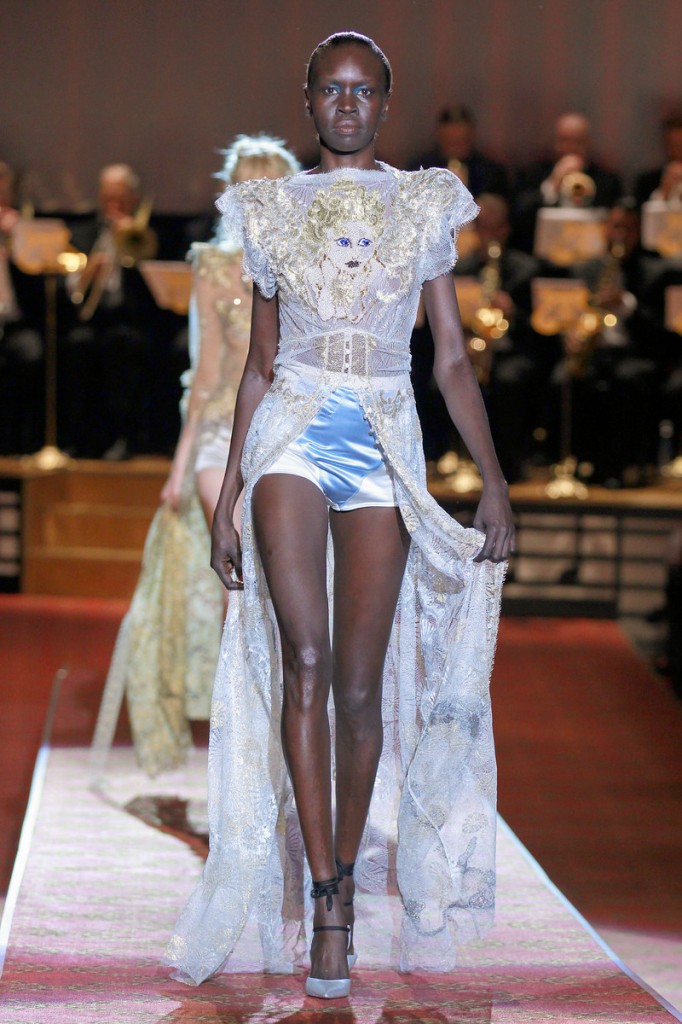 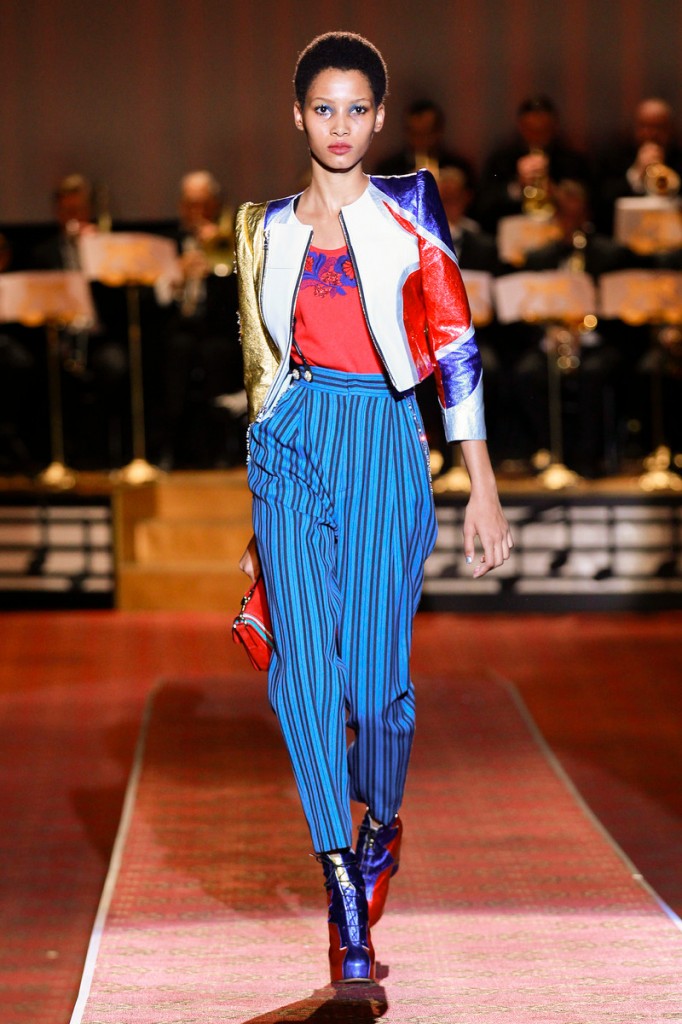 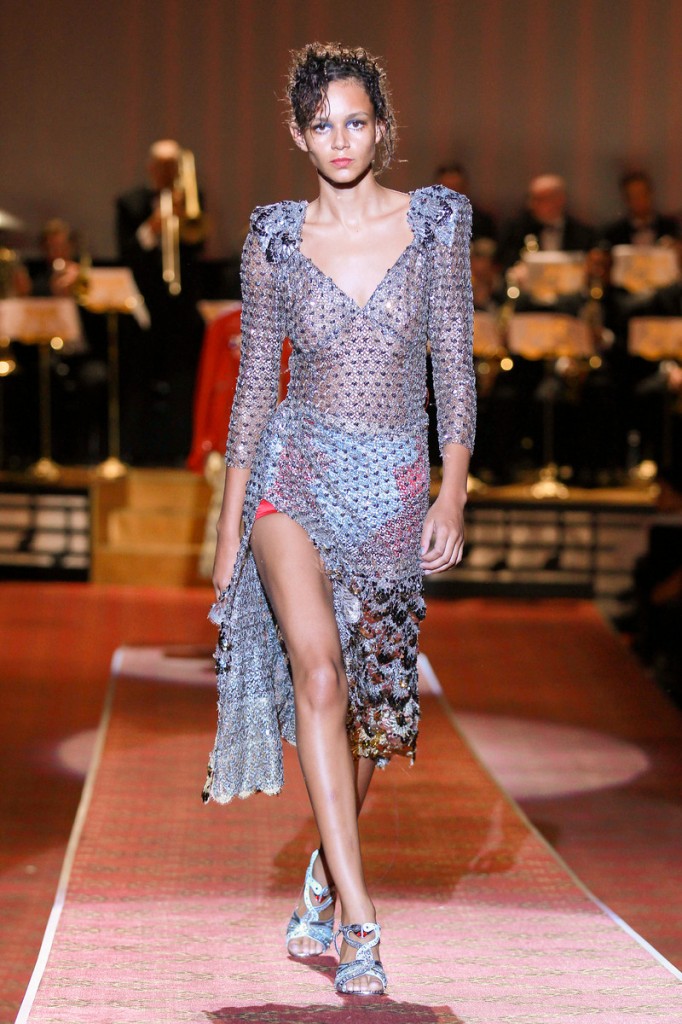