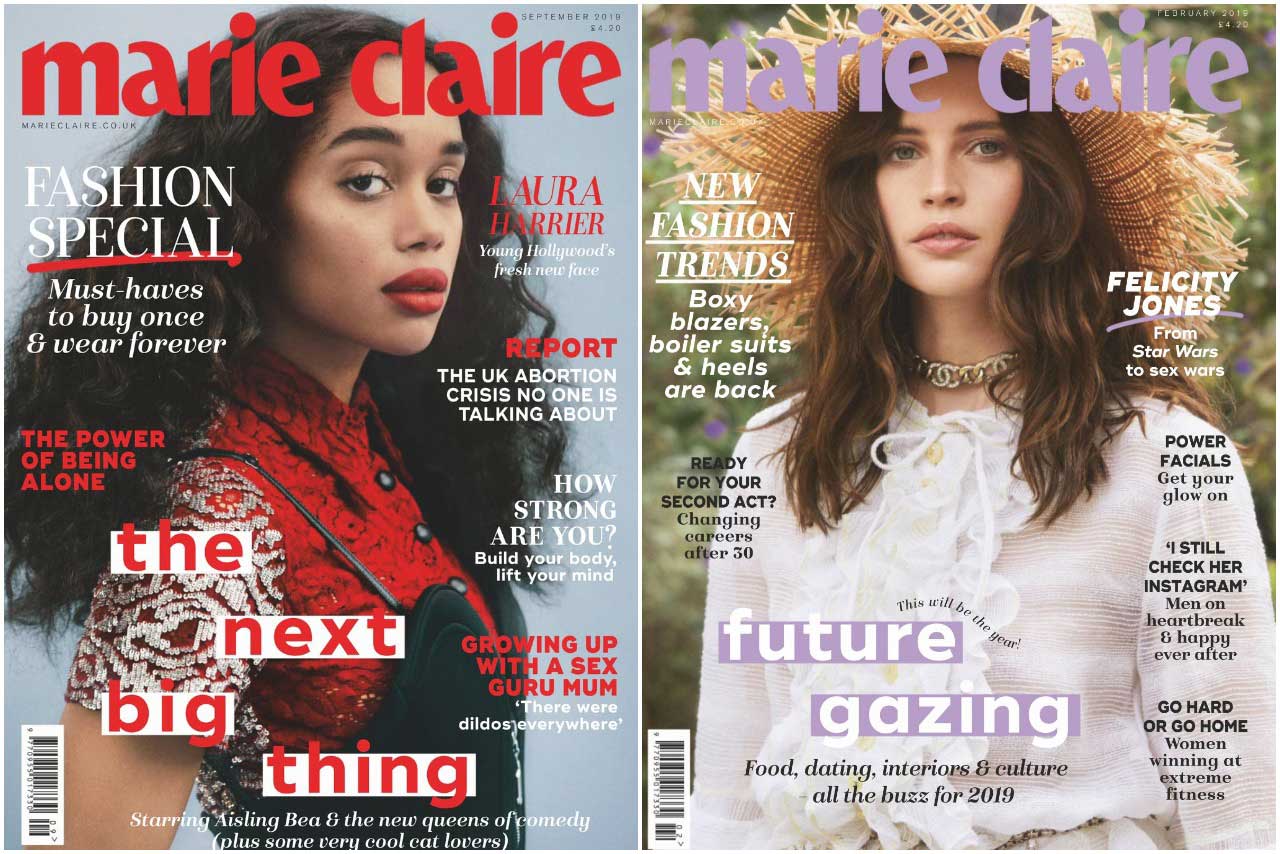 The UK edition of Marie Claire has announced plans to cease its print publication after 31 years in favour of a “digital-first future”.

The brand has attributed the decision to the changing needs of its audience’s mobile-first approach to news and entertainment.

Published by TI Media, Marie Claire is one of many magazines that has experienced the sting of the declining women’s market. Marie Claire’s actively purchased circulation fell by 26% to 71,367 in the second quarter of 2018, with the women’s lifestyle and fashion sector as a whole down 7% year on year to 2.3 million actively purchased copies.

Marcus Rich, chief executive of TI Media, said: “For more than three decades, Marie Claire UK has led the conversation on the issues that really matter to women, from campaigning for women’s empowerment to climate change, while providing a premium fashion and beauty positioning that reflects their everyday lives.

“The success of Marie Claire Edit [the brand’s fashion aggergator model] and Fabled by Marie Claire [a beauty store] are good examples of how, at TI Media, we can extend our unrivalled content and expertise into the digital space. There is enormous potential for us to drive our ongoing transformation through growing our digital business quickly and it will continue to be a key focus for us.”

Marie Claire UK’s November issue will be the final print edition, with the magazine set to continue in a digital format. TI Media has entered into consultation with the title’s 35 members of staff, The Guardian reported.

The Marie Claire Edit is also reportedly set to become the title’s biggest source of digital revenue, featuring more than 6,000 brands since its launch nine months ago.

Jean de Boisdeffre, executive director of Marie Claire International, said: “We are thrilled to work with TI Media on this very important evolution of the Marie Claire brand. After more than 30 years of achievement in the UK, this new digital-first approach provides the launch pad for even more success in the coming decades.”