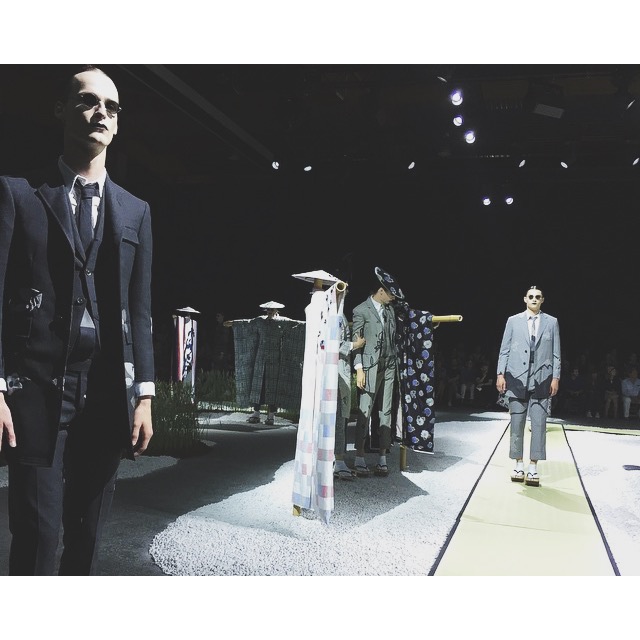 Thom Browne successfully captures audience’s attention with unique and inspiring collections. This season, spring summer collection this year paid homage to male style evolving outside its “restricted” boundaries. Using four models dressed in Geisha attire, the collection immediately argued for expanding the norms. This traditional dress was paired with oxfords and loosely tied ties. The robes were integrated flawlessly within his Japanese-themed show.