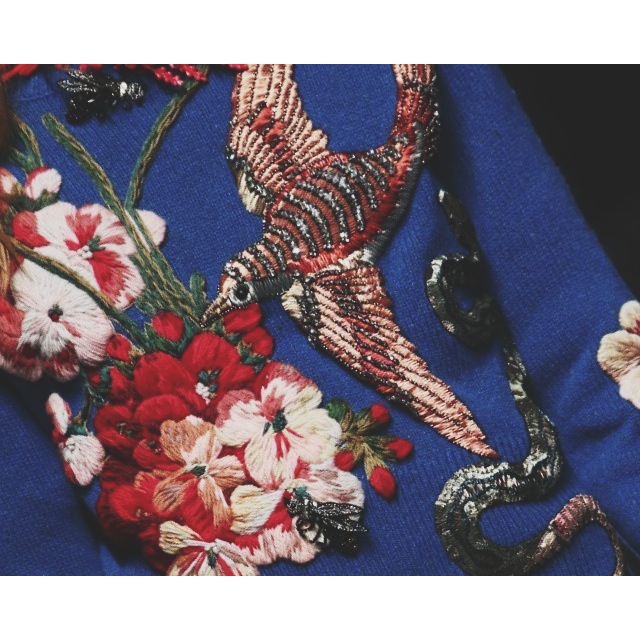 Alessandro Michele for Gucci : It was all about the forgotten fragments that become incorporated into new horizons for the Italian label. We noted florals and romantic tapestries.