MILAN – Moschino: Creative Director and self proclaimed socialite, Jeremy Scott took the reigns of Moschino two years ago and reimagined the Italian brand in his own outrageous image. In that short span, he’s vaulted the label into the collective consciousness, aided largely in part by the buzzy co-opting of big-box brand logos such as McDonalds, Barbie & Windex.

Set in a literal junk shop, what came down the runway was only slightly divided between two key themes. The first a series of biker outfits that look like something the characters of Mad Max would wear to prom in the ’80s. Metallic satin dresses and tops were paired with studded belts, distressed jeans, biker shorts, thigh-high leather boots, biker hats and exaggerated gold hardware.

After that, the runway filled with costumes like gowns with holes burnt into them and distinct char marks. One dress was even followed by a trail of smoke, as if it had just been lit on fire. I’d like to at this point say the collection was on fire, but no.

The almost-immediately-shoppable collection will also include a new phone cover that looks like a pack of cigarettes with the label “Fashion Kills.” Like the Windex-shaped case, these are guaranteed to sell out faster than you can say, but I hear you ask the question – why? We all know Franco will be spinning in her grave. 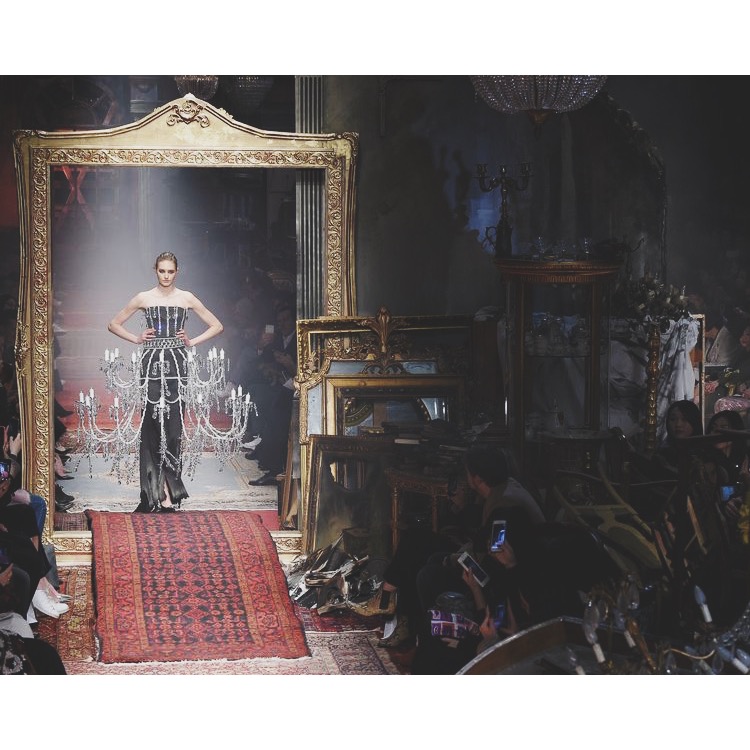