Take me back to Milan where Massimo Giorgetti for MSGM took us on a rocket fuelled runway. The models were like rockets and the collection combined the engineers in workwear, boiler suits and print forms topped off with robot appliqués. Teetering between the the late 60s, early 70s moon-landing aesthetic and the 90s obsession with everything space, the collection seemed made for the boys who grew up with a telescope and a planetarium projector in their room. 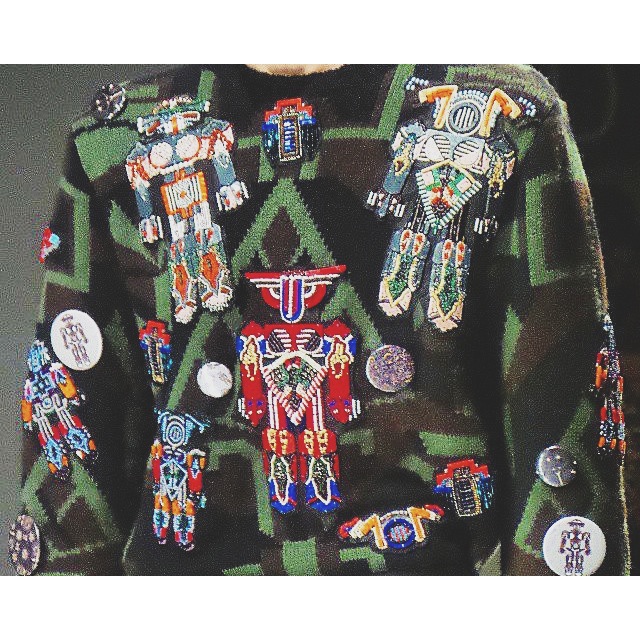