Years at his own menswear brand, successful tenures at Jil Sander and Dior from every aspect, Raf seems to be the person, who can handle a major fashion brand, putting it again into the spotlight. And especially if a label like Calvin Klein, which for the last few years was rather associated with Justin Bieber’s phallus in a pair of boxers than remarkable clothing, gradually declined. And Calvin Klein wasn’t only about NSFW Kate Moss and Brooke Shields advertisements: in the past, Klein used to pull off empowering suits for businesswomen, sensual slip-dresses and timeless apparel, much to what the house is known for.

When Raf Simons and his design team (Pieter Mulier and Matthieu Blazy) were appointed at Calvin Klein back in August, the Belgian designer understood those codes instantly. And he knew they had to come back for good. Not only Calvin Klein logo and advertising campaigns got revamped; but also the entire wardrobe for both men and women (both lines will be now put into one collection) went through heavy refreshment. For autumn-winter 2017, Simons put emphasis on suiting, thank god. Over-sized blazers for both men and women looked sharpe, just like the pencil skirts and smart pants. The yellow coat worn by Julia Nobis was ‘trapped’ under vinyl, just like technicolour-era feather dresses. Simons loves messing up with stereotypes, so did he with American glamour: even the heels looked plastic-fantastic with a touch of 90’s *cough* Helmut Lang see through tops *cough*, Contemporary cowboy boots; body exposure mania in form of transparent knitwear; total leather looks for a motorcycle ride along Route 66. He wanted to celebrate America, its absurdity and phenomena, and that’s best seen in the wrapped, USA flag skirt.

Check out the top looks below: 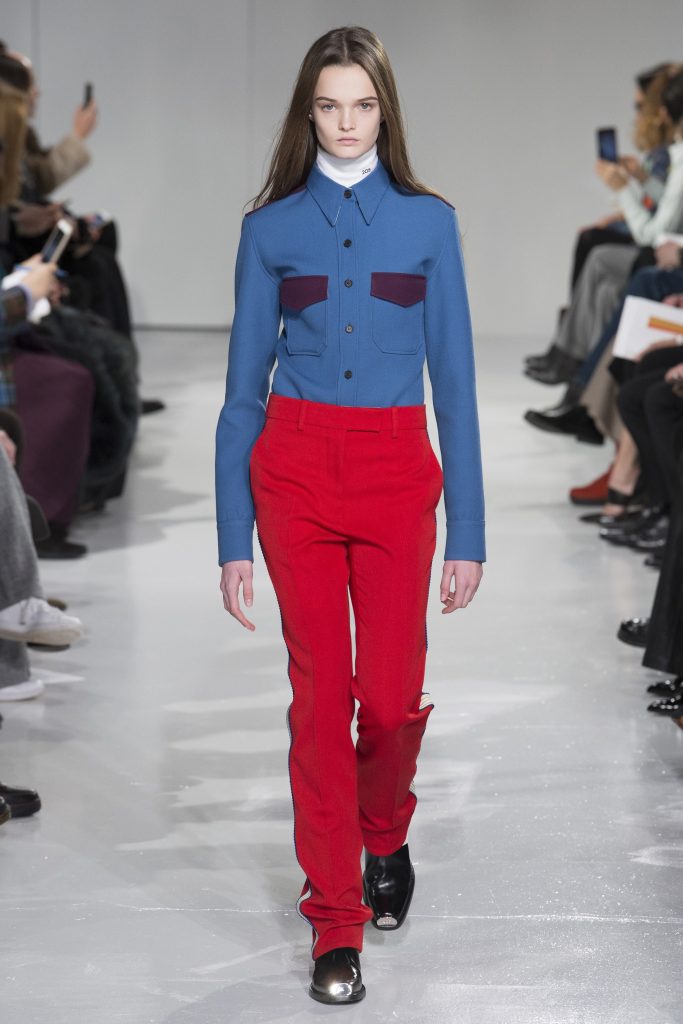 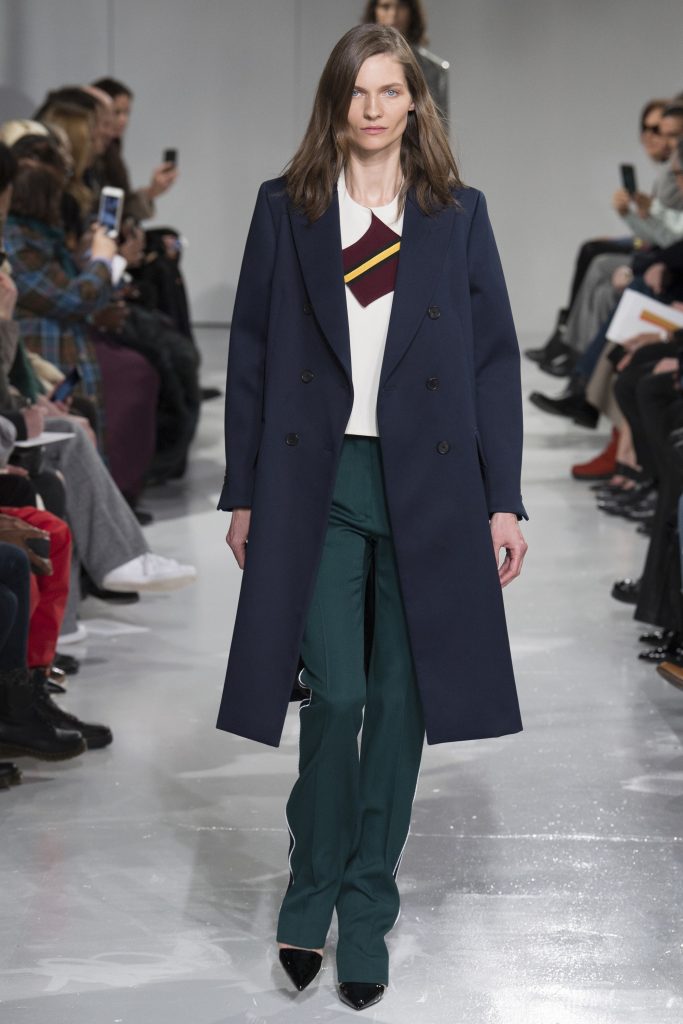 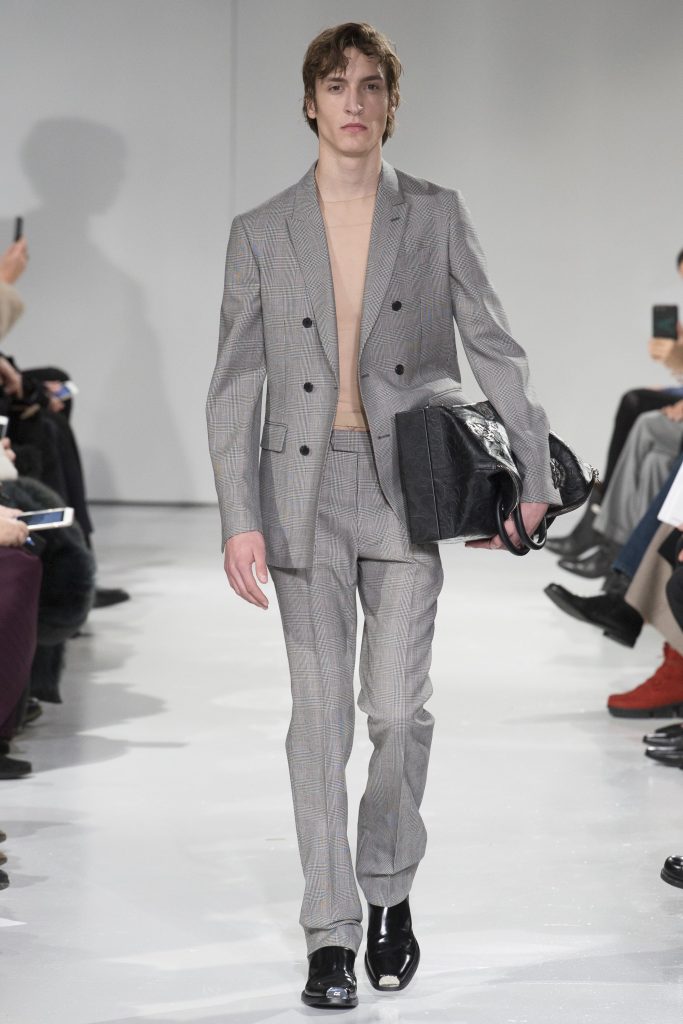 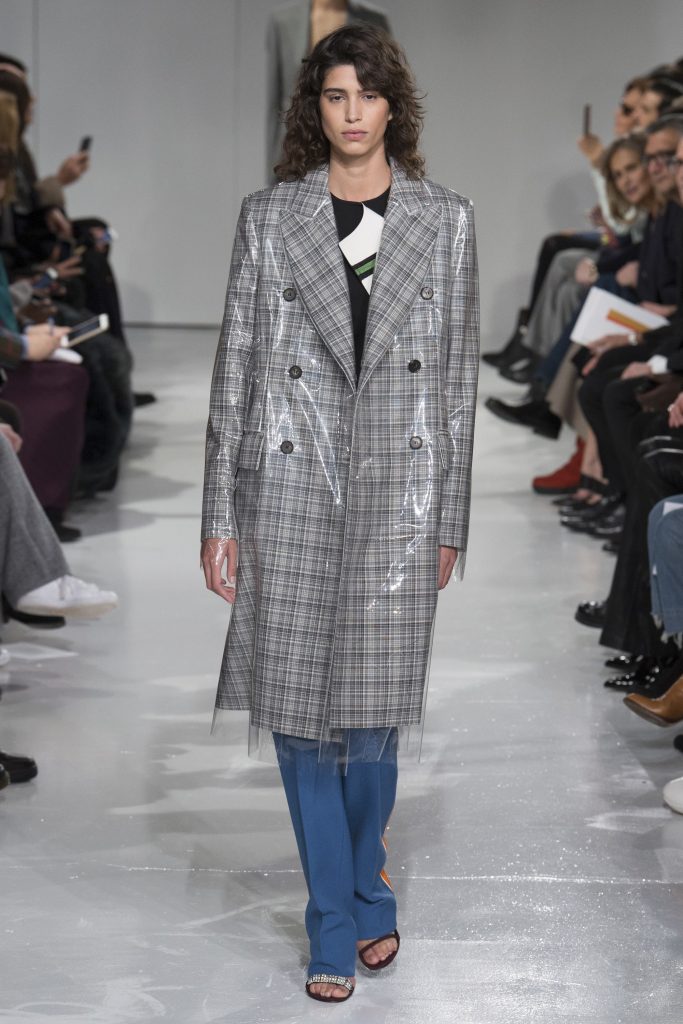 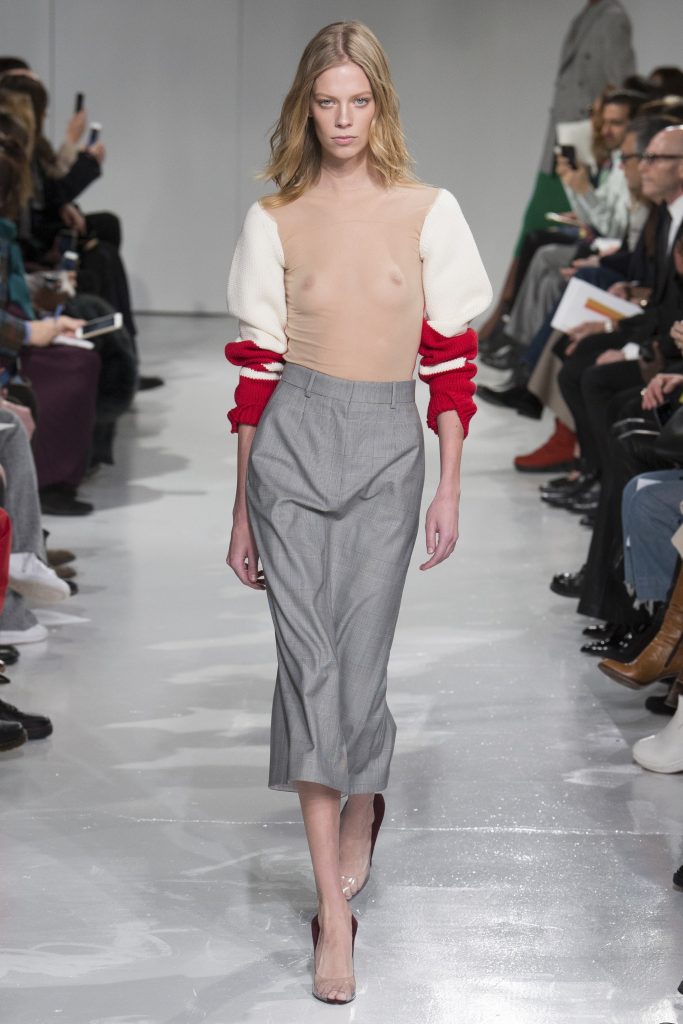 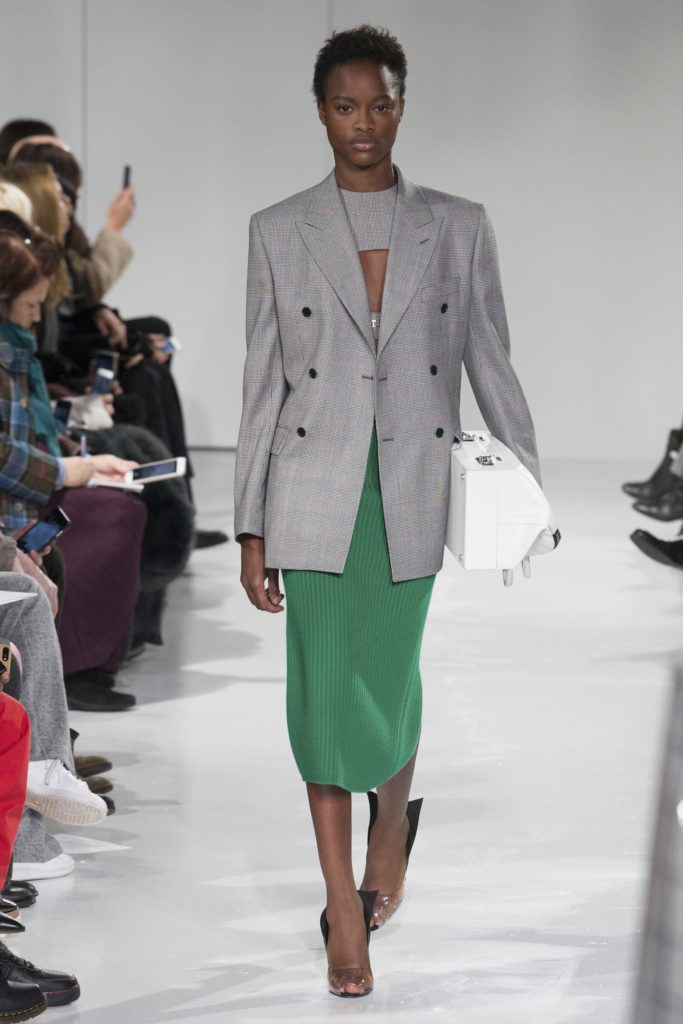 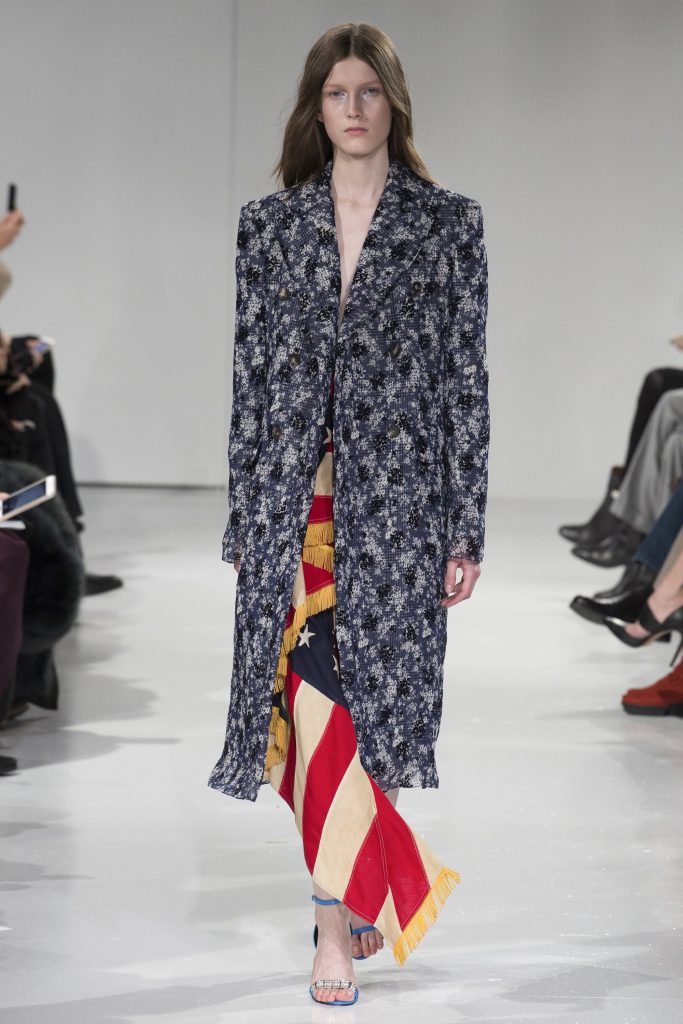 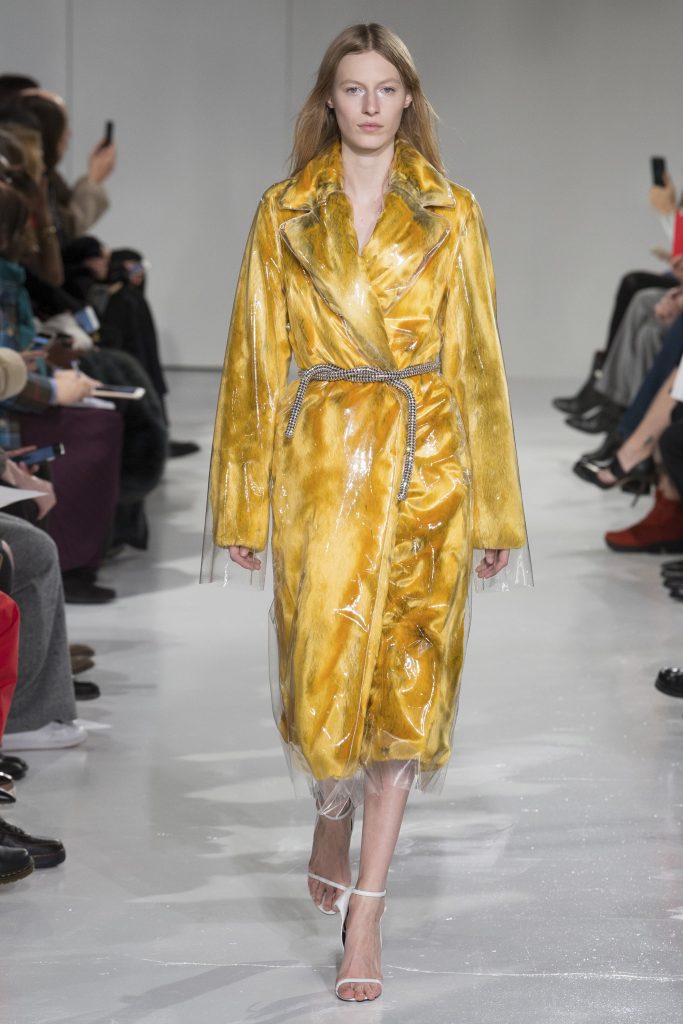 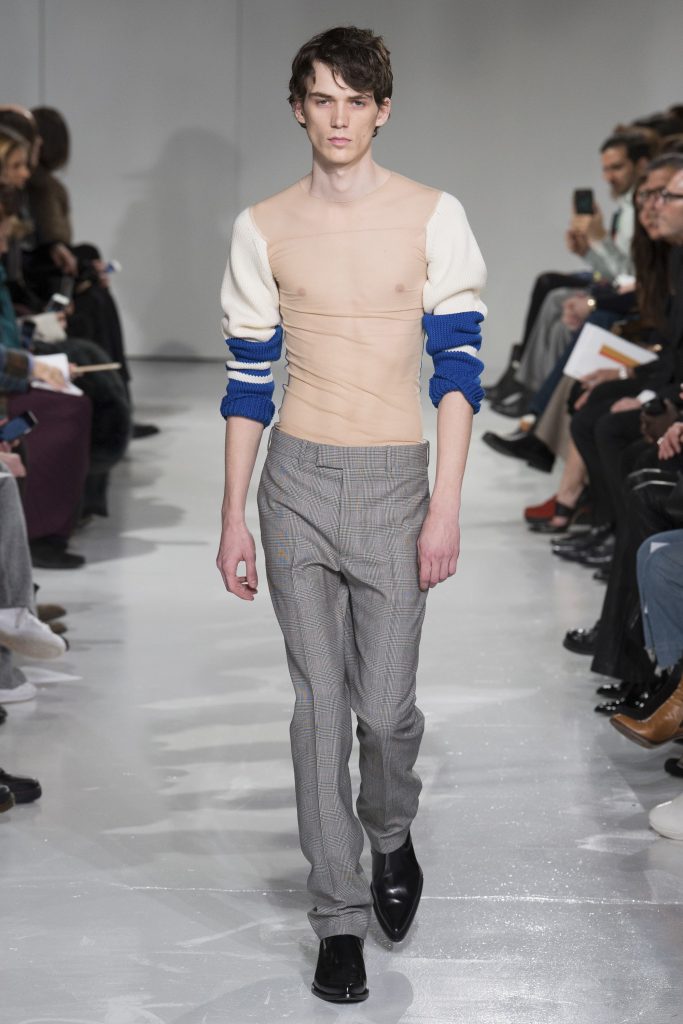