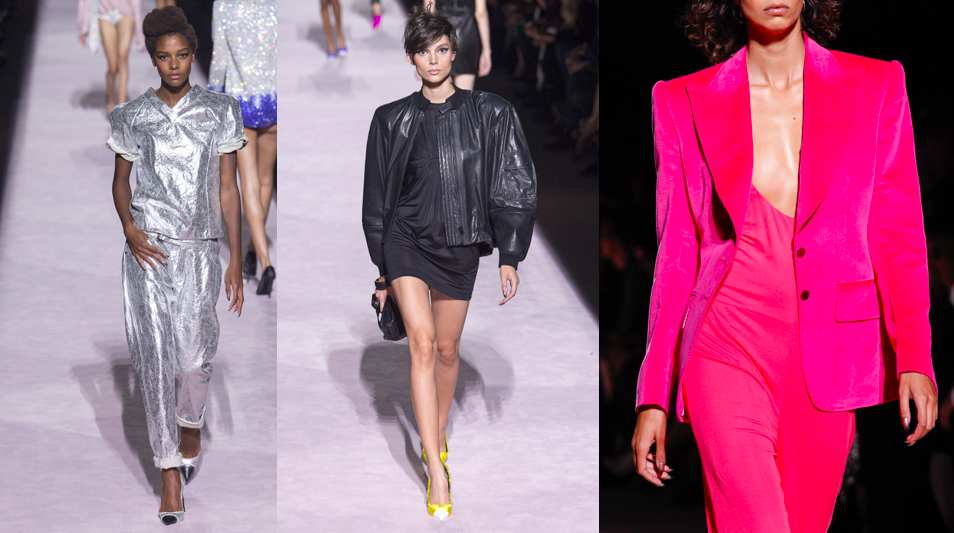 Wherever I look, I often see a long-ass feature about the importance and potential of Tom Ford – the brand. Business of Fashion recently shared one as well as New York Magazine that had it in August while exclusively sharing bits on the designer’s work behind the spring-summer 2018 collection. All of the magazines praise Tom Ford for his work at Gucci and Yves Saint Laurent, for his venture in the film industry (like Nocturnal Animals) and most of all, his own brand with commercially successful yet shoddy beauty line, men’s ready-to-wear and growing womenswear. Is Tom Ford’s PR working night and day? Or maybe well just in the year of 2017 the fashion industry decided to agree on one thing – Tom Ford is the boss and he also spends money commercially like a man with no arms. And his fashion, season-to-season, wherever he designs, says you do you. Really, no else does Tom Ford as well as, gasp, Tom Ford.

There were rumours that Ford is planning to do a loud 90s revival – and that was certainly true. Backless jumpsuits, shoulder pads in denim, killer fuchsia and lots of bling-bling were present, giving New York fashion week a glamorous kick-off that it much needed after recent news. I don’t think it was nostalgic, as nostalgia in fashion often ends looking dusty and a little pretentious in todays society. That was a sleek line-up of ultra-glossy and great-body-demanding clothes, with no deeper meanings. That’s a collection that you look at with a relaxed, optimist eye at the beginning of the fashion month triathlon. Surely not like at a show of the last few days that you would confuse with Balmain and rather skip.

But still, Ford is in a very, very good form, and what’s more, on his own terms – would the collection sell? May be although it wasn’t fucking fabulous, likely named after his fragrance launch.