Mary-Kate and Ashley Olsen‘s latest offering for The Row lead the coat game for autumn-winter 2017. Their newest collection was virtually all about coats, whether we’re speaking of a timeless mac (again) or a floor-sweeping ensemble. We’ve already got used to The Row’s remarkable cashmere and over-sized knits, which rather associated with the term “cozy”. Or flowing silk dresses for summer. But this season felt austere. That was pure minimalism, with no place for romance and the heavy Dr. Martens models wore proved that. The level of minimalism, which was presented by the Olsen sisters, matched Helmut Lang and Calvin Klein’s shows in the 90’s.

You needed to be a great observer to notice those tiny, yet meaningful words embroidered on the shirt’s sleeves. ‘Hope’, ‘dignity’, and ‘freedom’ – I doubt this word pool needs much of explanation, noting current political situation in USA. The Row women marched around the concrete floors of Spring Street like soldiers, or even, modern-day angels. 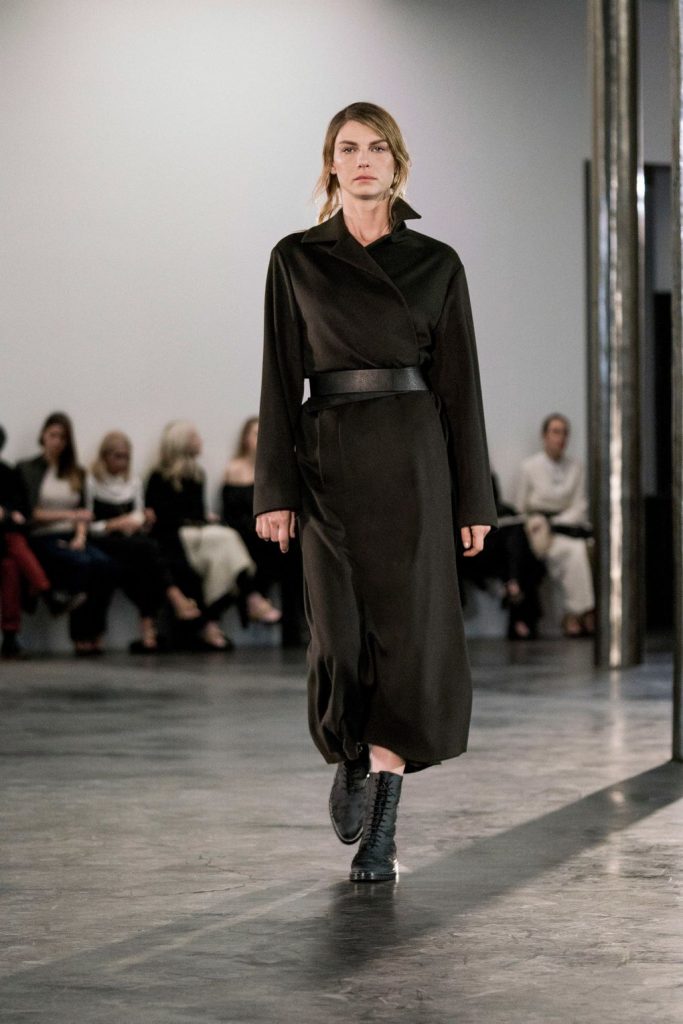 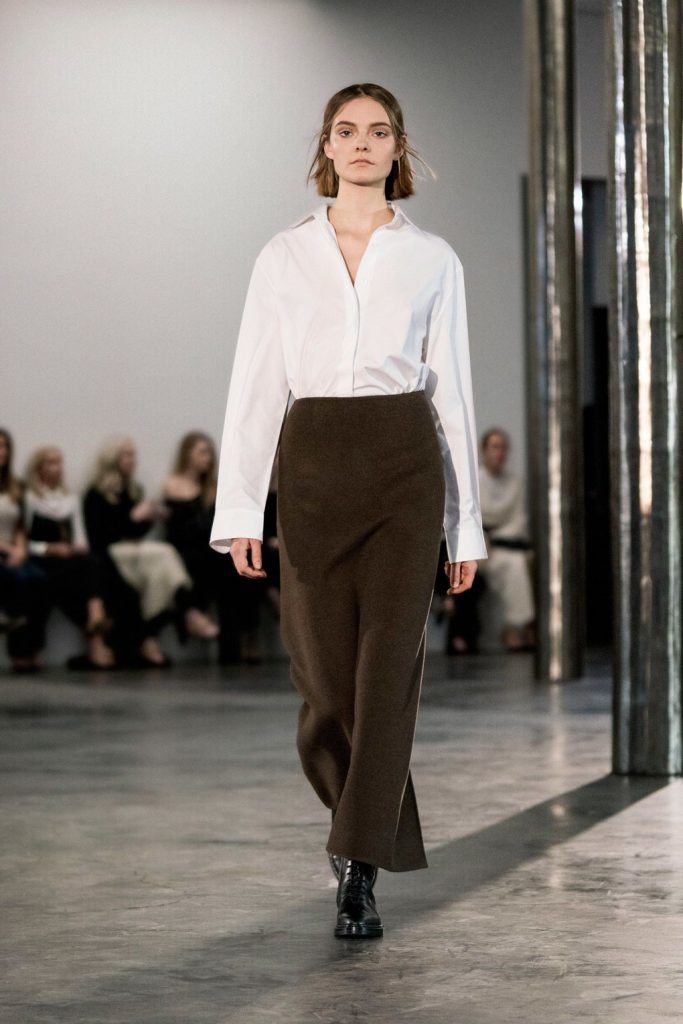 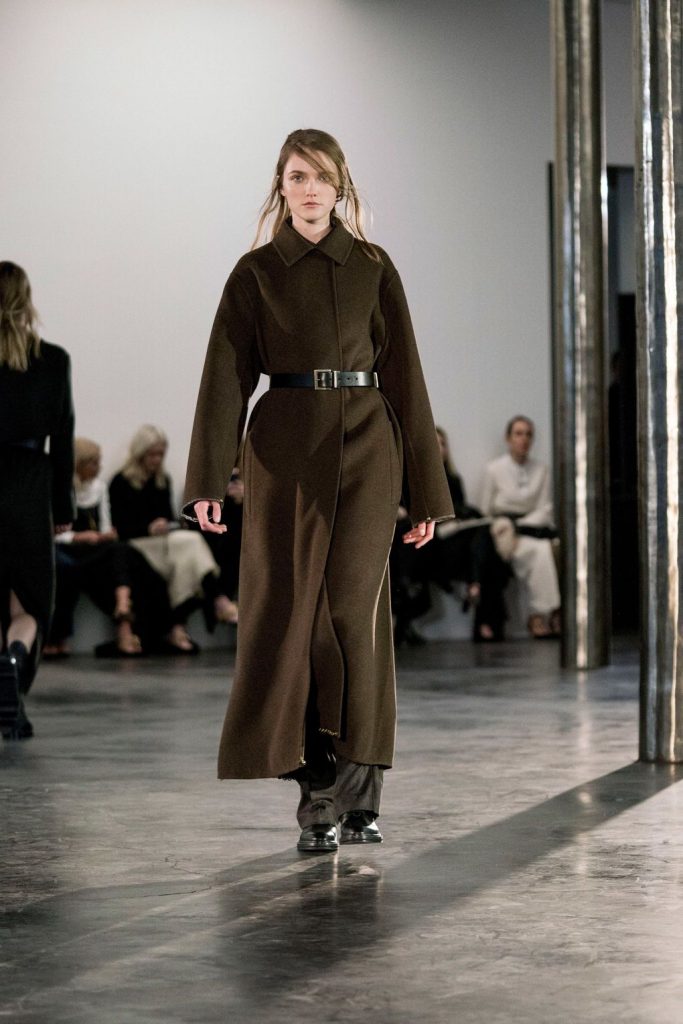 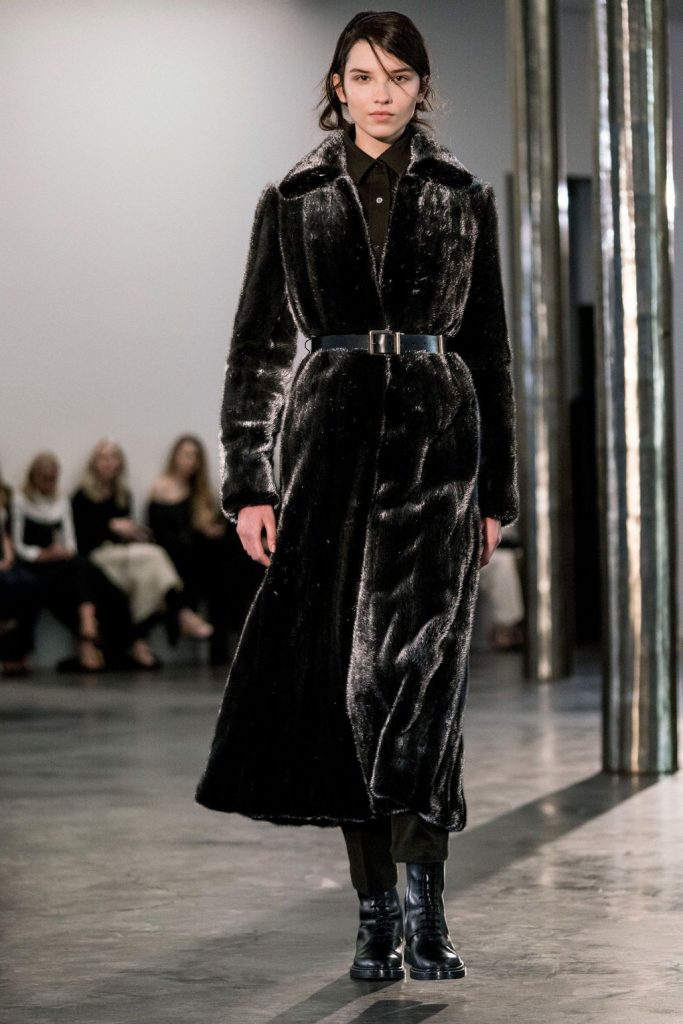 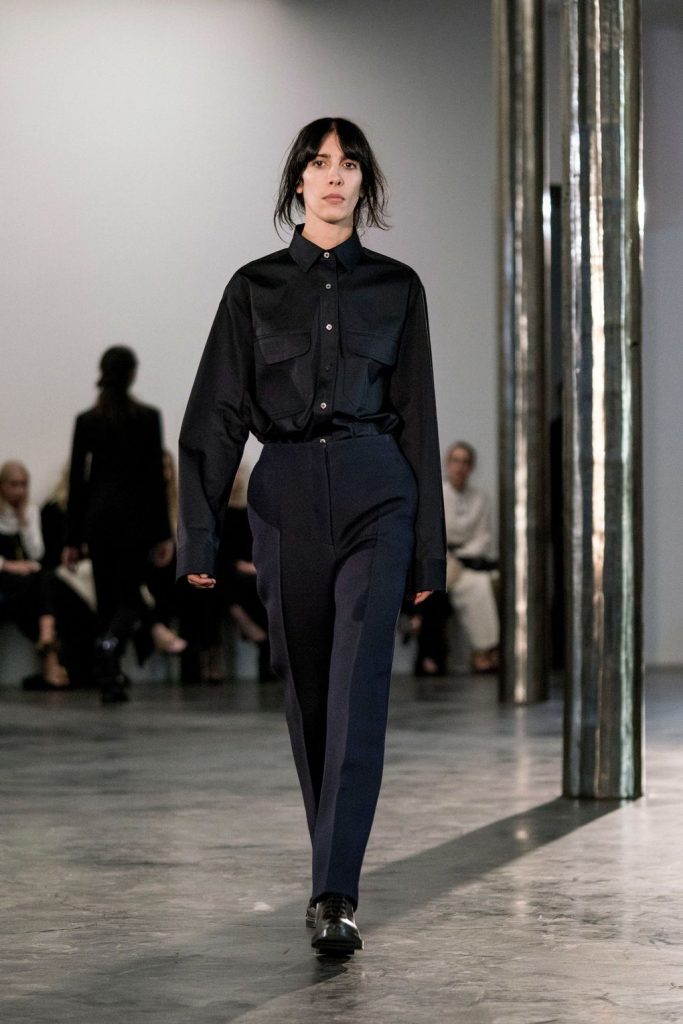 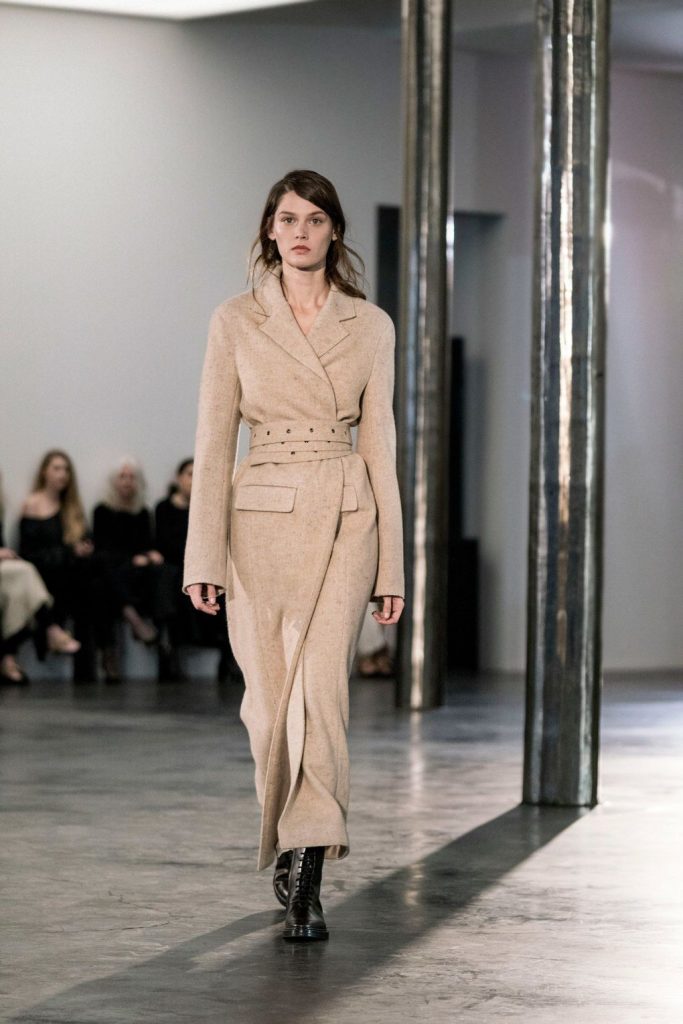 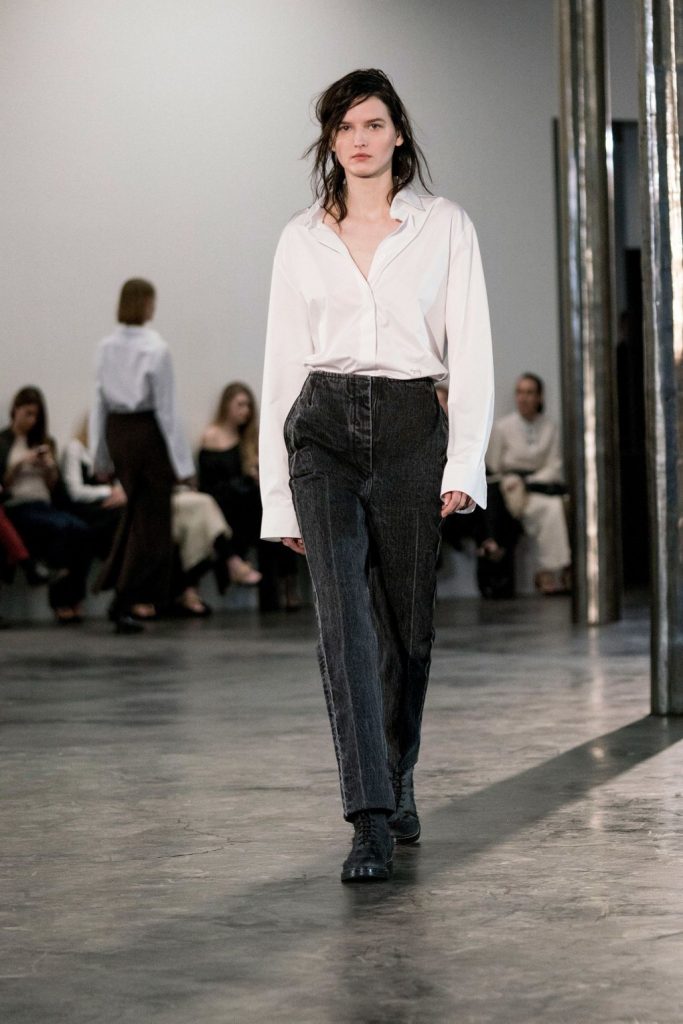 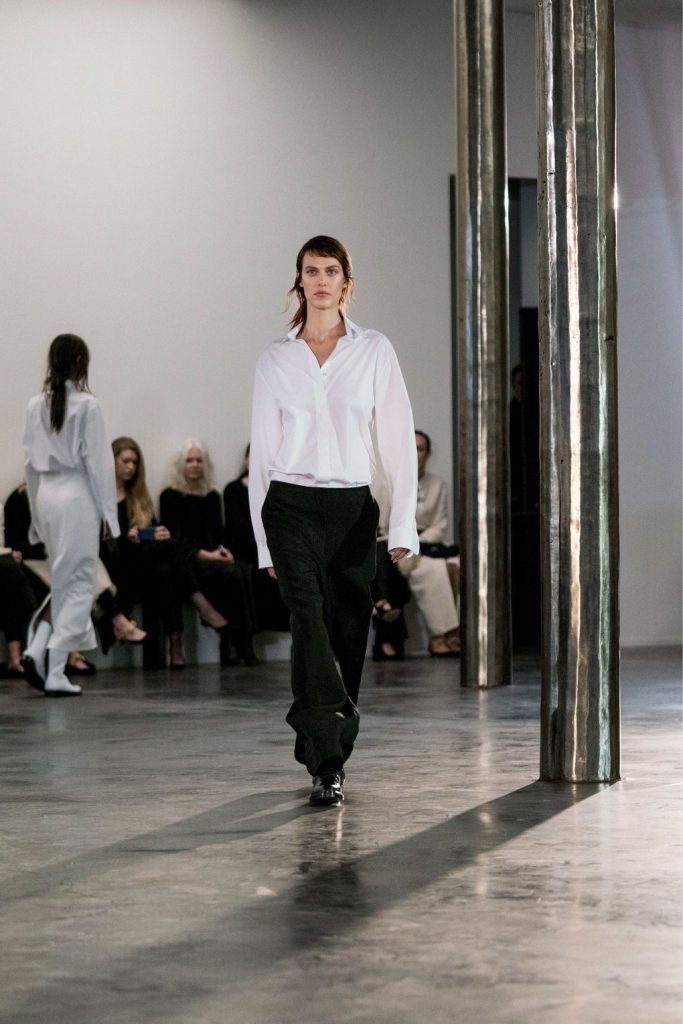 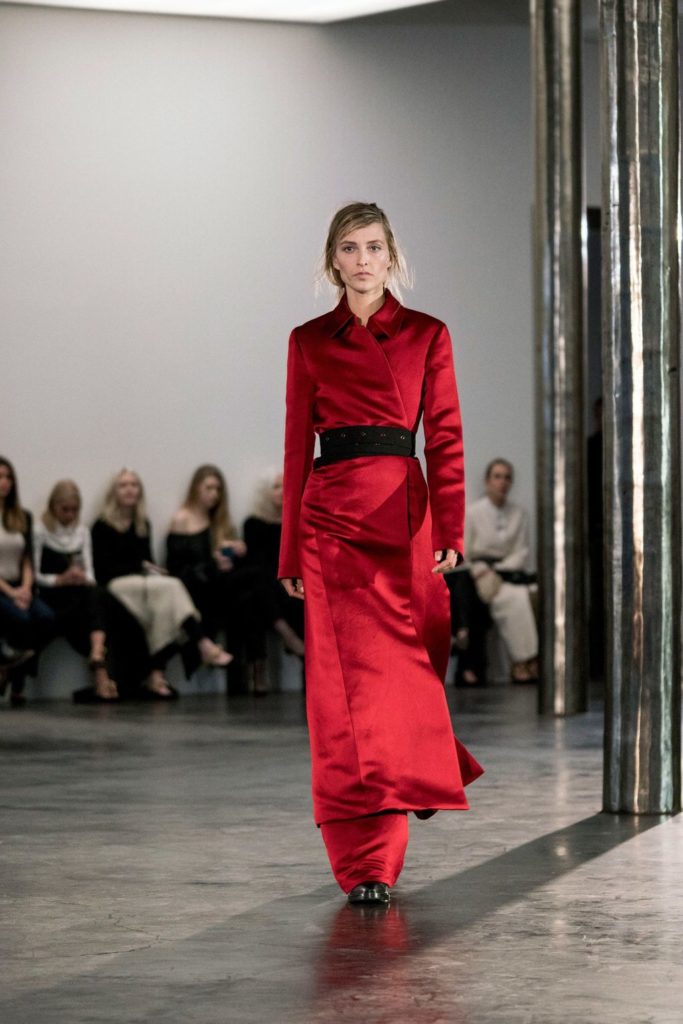 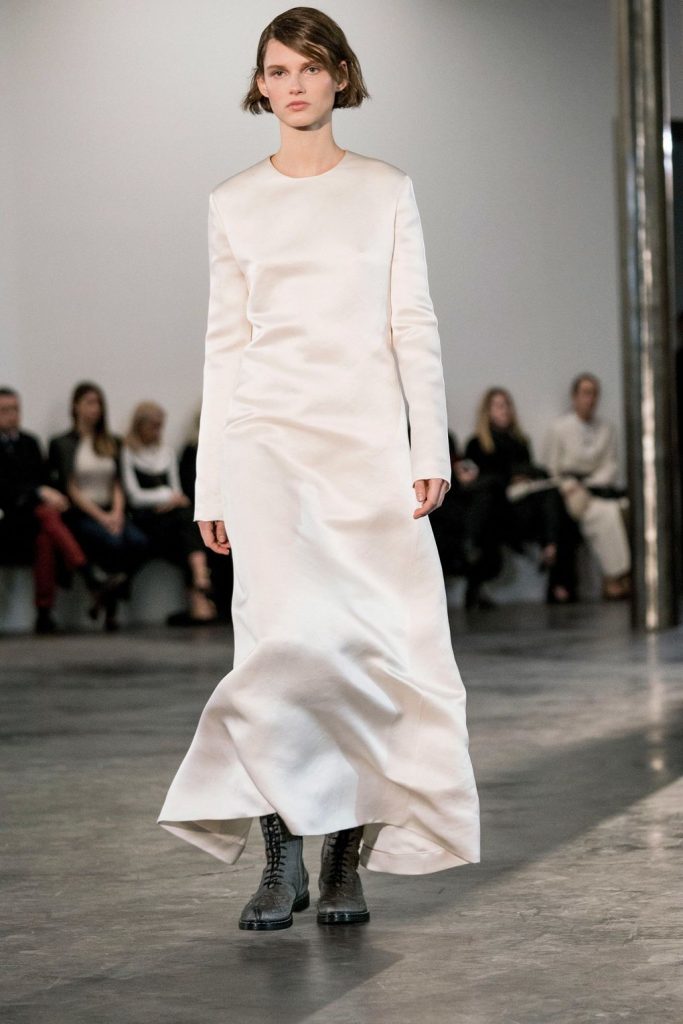