The Estate of Michael Jackson together with Giuseppe Zanotti launches a tribute to Michael Jackson, a limited-edition sneaker available in selected stores from mid-October. 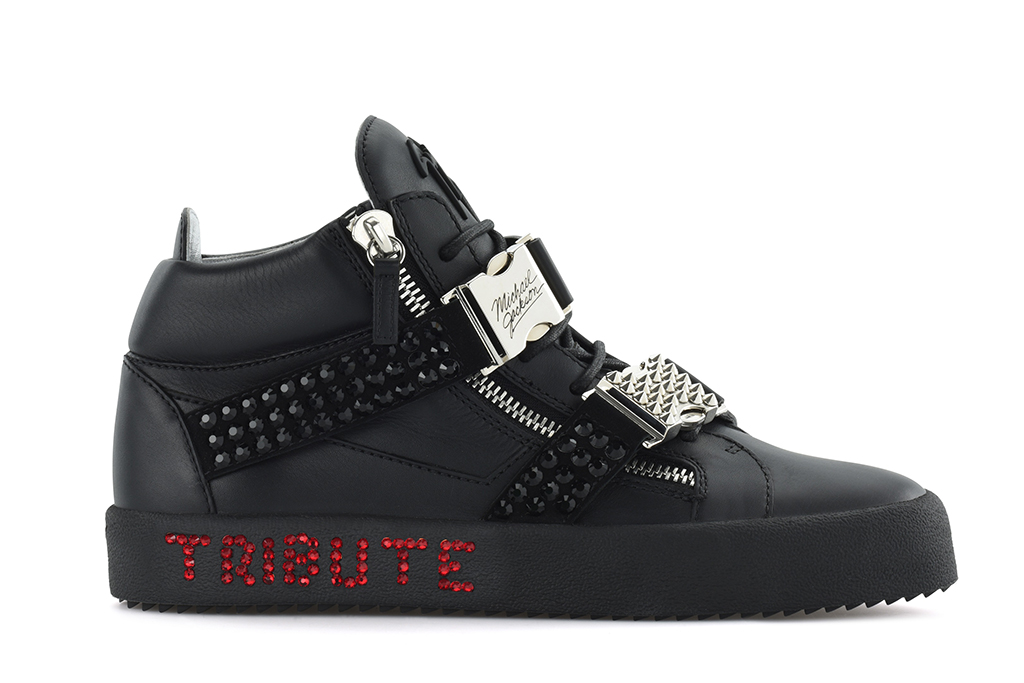 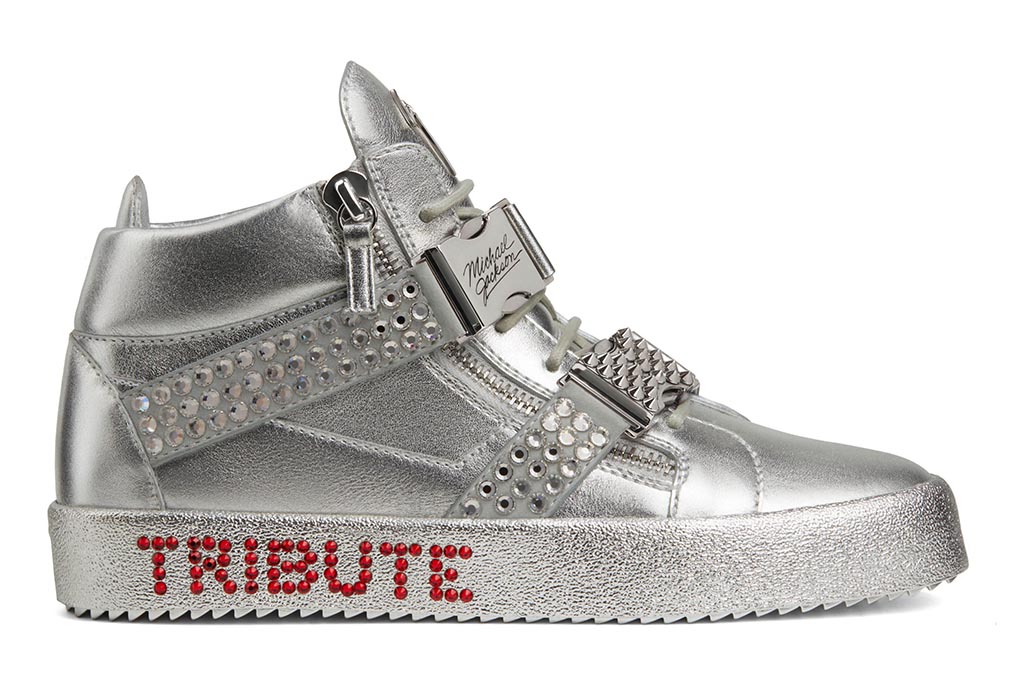 Filled with 120 black diamonds and approximately 55 rubies the “Number One” sneaker is up for auction to benefit the Elizabeth Taylor AIDS Foundation. It is expected to bring a minimum of $30,000-$50,000 at auction, with the final bidding for the shoe taking place, as part of Julien’s Auctions Icons & Idols Auction, live at the Hard Rock Café in New York on Nov. 9-10. 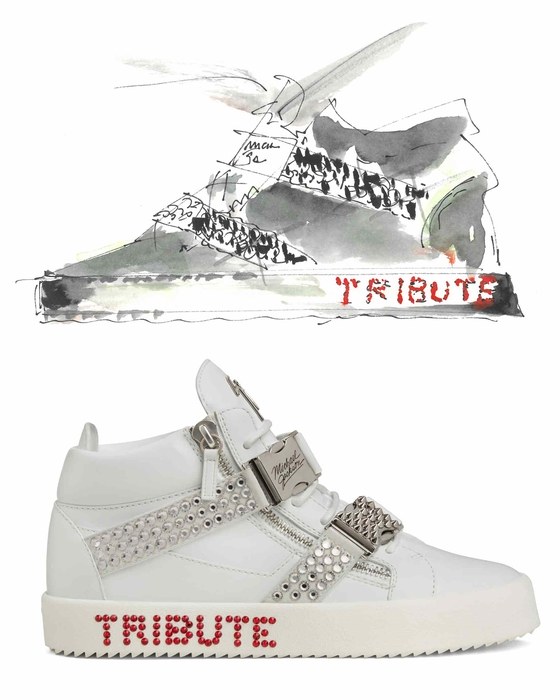