As Peter Copping pointed out at the beginning of his presentation for Oscar de la Renta, pre-fall marks one year since his arrival as creative director at the house. Since he moved from Paris for the job, it’s also the end of his first year as a New York resident. Fitting, then, that he saw the collection as “a melting pot of American culture all mixed up to make something beautiful…I hope,” Copping said.

He needn’t be so humble. The lineup was indeed beautiful. In terms of craft and aesthetic, Copping wove references to Hollywood glamour; great American artists; Native Americana; surf and sport, and American quilting throughout the collection. One could spot the allusions to Navajo culture in a chicly artisanal black-and-white tweed hand-loomed skirt with a fringed hem; to surf in the cut and fit of a bonded tweed jacket; and to the work of Mark Rothko in the dual colorways of square earrings and a rose-and-ivory fox stole worn with a little black dress. But Copping handled the treatments with subtlety. They infused the lineup with great range and texture while playing backup to the clothes’ overall attitude of creatively refined glamour.

Since pre-fall is the company’s biggest collection, Copping thought it was important to stock it with “options” for clients. That meant a lot of variety: bright silk faille glamour gowns were alongside excellent modern evening separates that spanned the grand — an embroidered top and silk radzimir-and-tulle ball skirt — and the understated — an embroidered knit top and a bouclé pencil skirt. There were also plenty of practical knits for day, because Copping said when he looks around his office, he sees women in sweaters and skirts. 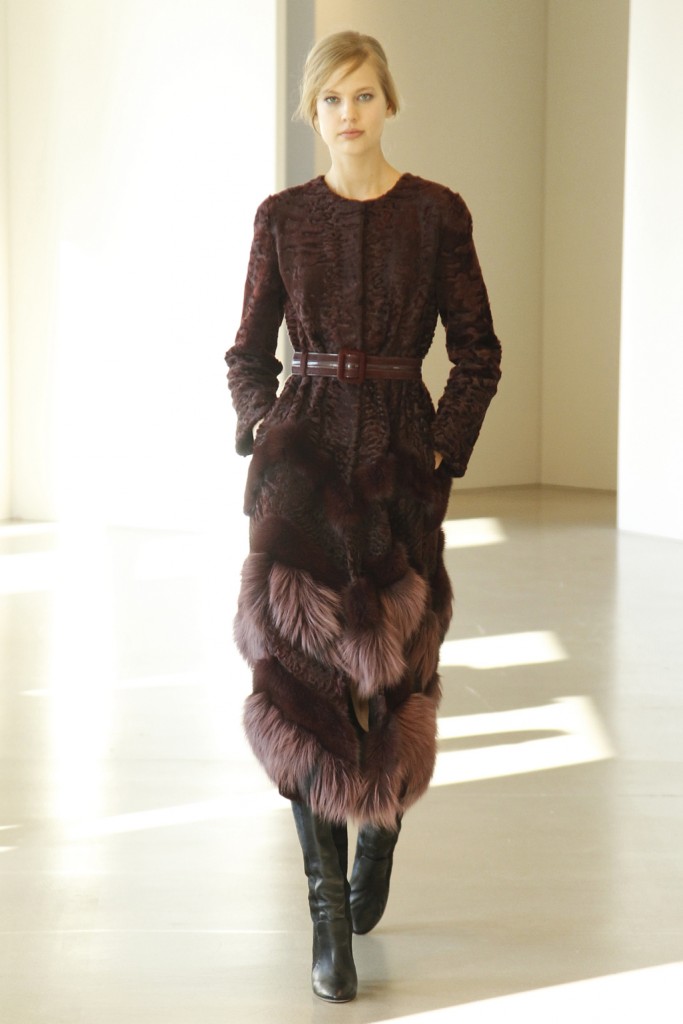 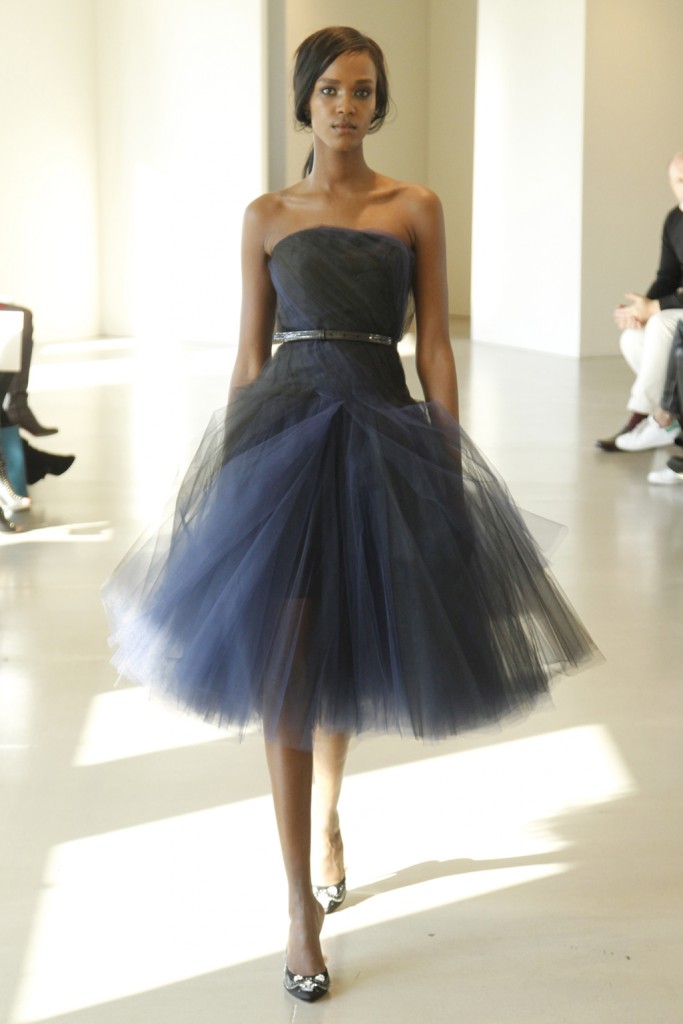 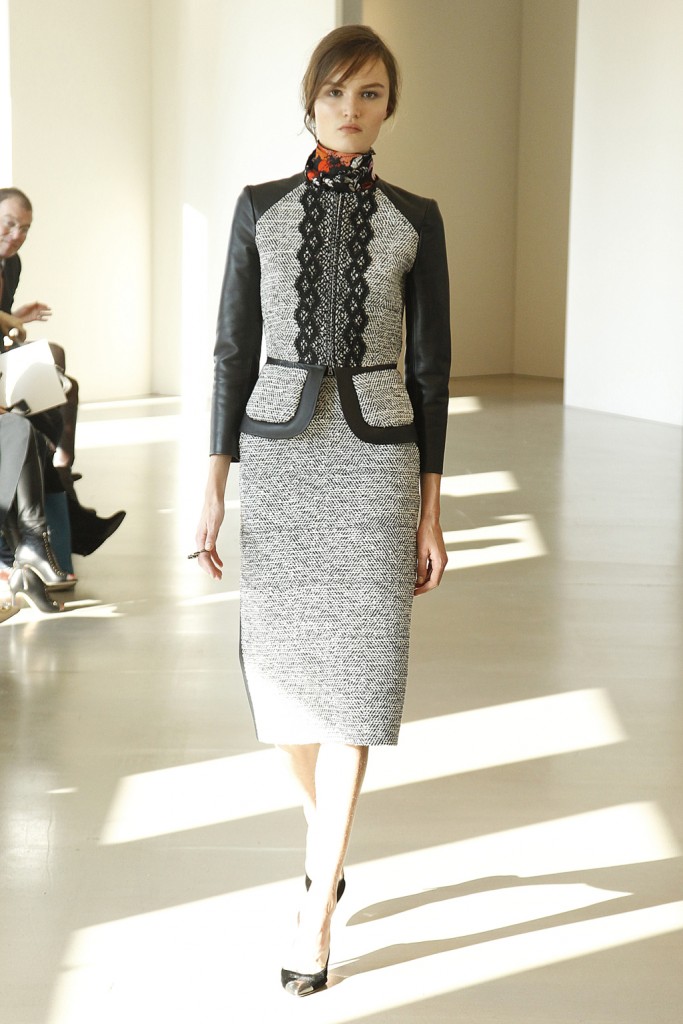 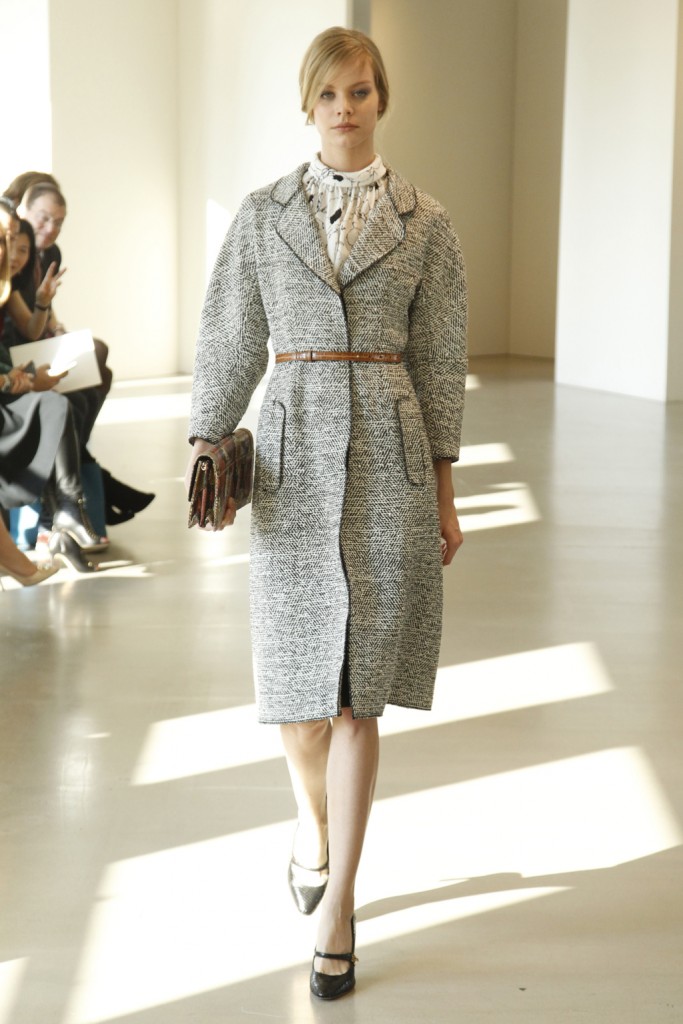 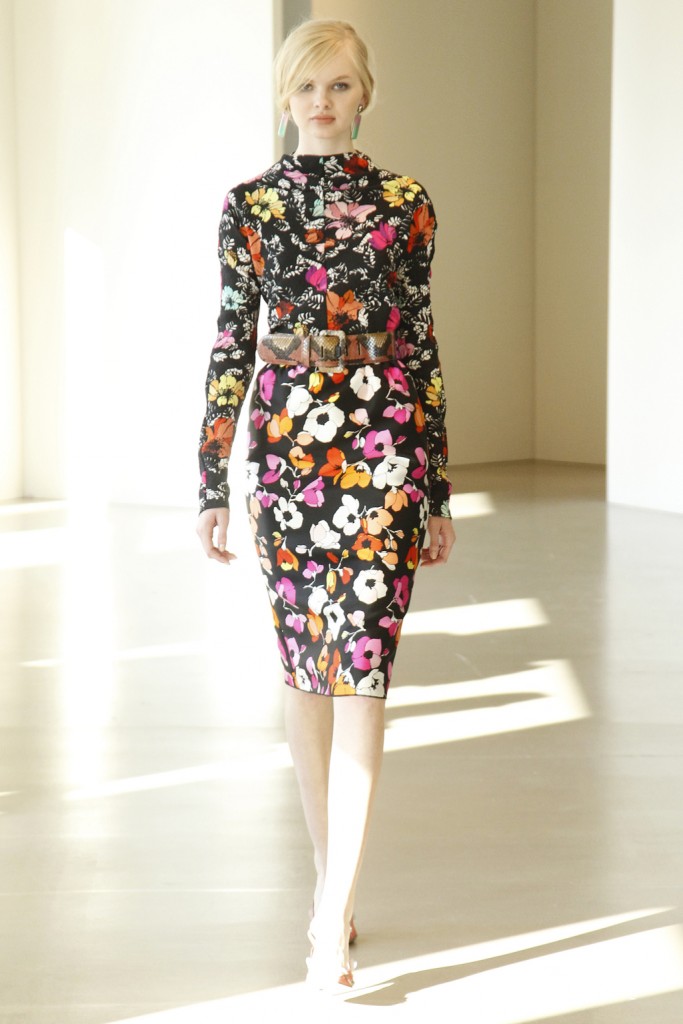 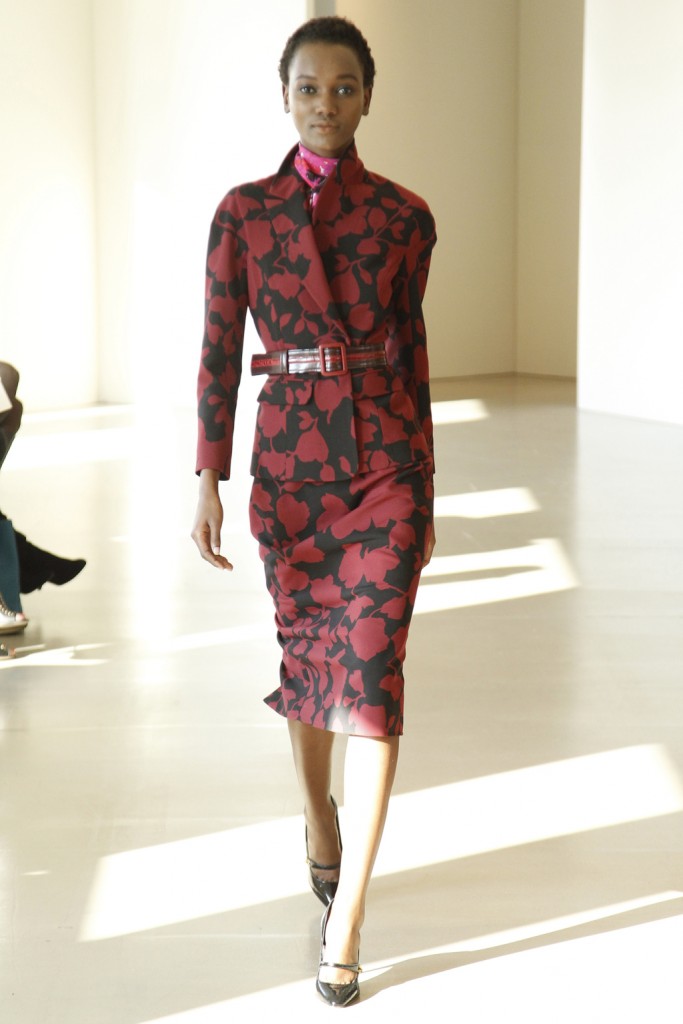