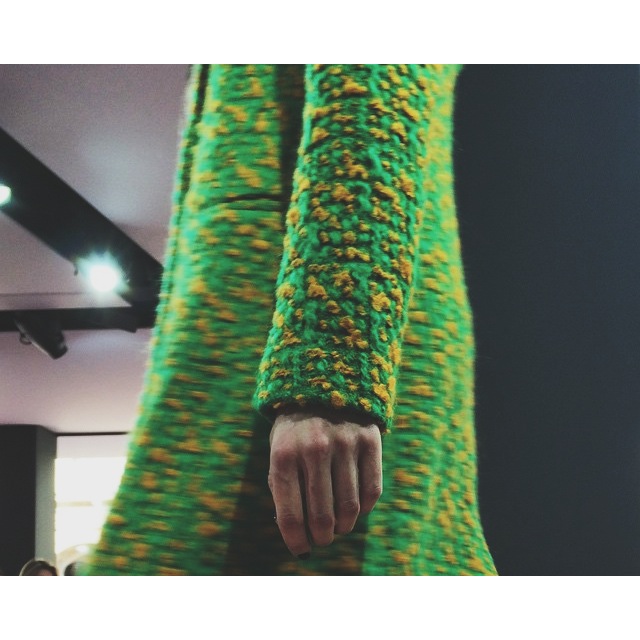 At heart Raf is a modernist, not a minimalist as you may probably think. His modernist design sensibilities were made apparent at the Dior Paris Fashion Week Autumn Winter 2015 show. His artistic sensibilities were made clear too – Raf, like the artists he loves, Sterling Ruby and Gerhard Richter among them, uses colour in a sophisticated way, employing complex and compelling colour combinations in his work. Once again Raf has wielded his creative prowess and skilfully interpreted the codes of the French fashion house in a modern and relevant way.