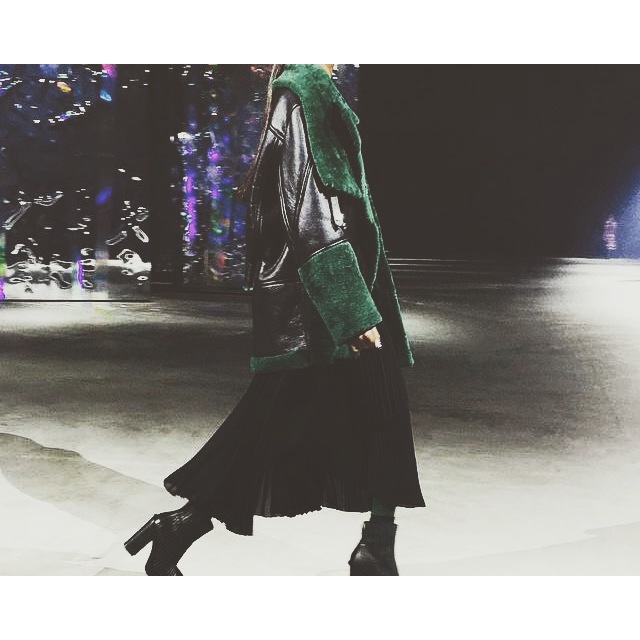 Meet Carol and Humberto’s Autumn Winter 2015 Kenzo Woman. There were vibrant patterns and prints that are becoming a signature of the quirky house. With addition of hoodies over hats, the slick side-parted hair, white-lidded eyes and clompy-but-classy ankle boots, Kenzo’s impact was fun and funky. An impact that was heightened by the monstrous moving metallic towers that spun like disco balls during the finale.