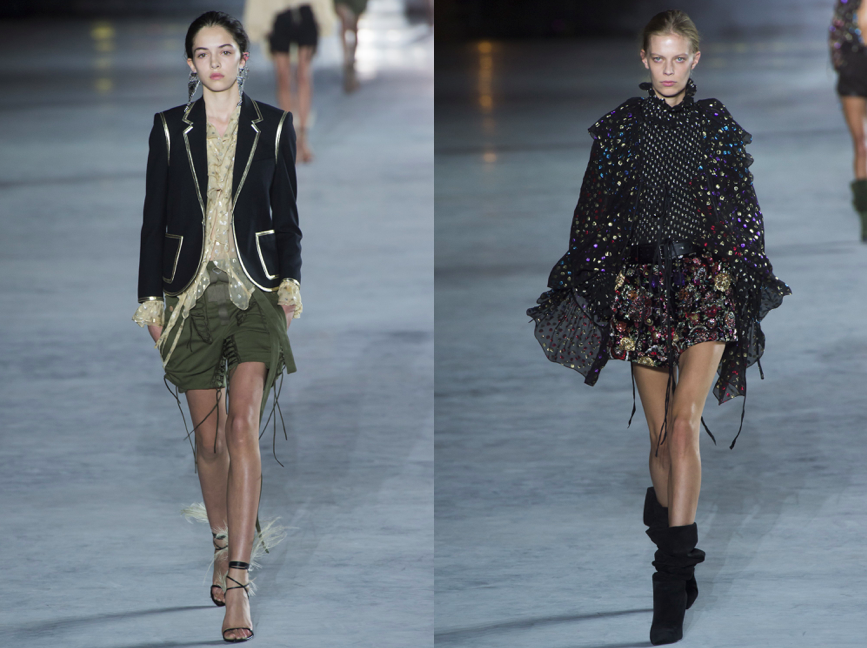 The passing of Pierre Bérge, Yves Saint Laurent’s partner in private and business life, wasn’t meant to be reflected as a mourning in Anthony Vaccarello‘s third collection for Saint Laurent. Rather, the spring-summer 2018 collection was a celebration of the ‘l’amour fou’, the crazy love that the two shared. And that was a show that matches one word: grandiose!

The venue was an open-air platform situated in the most precious viewpoint in the French capital – yes, the twinkling Eiffel Tower was the runway’s backdrop! THAT’S PARIS, and Vaccarello loves to highlight that Saint Laurent is the most Parisian label you can think of, in terms of style and its faces (for Yves that was Catherine Deneuve; for Anthony it’s Charlotte Gainsbourg). Second, the collection with an impression that was just as strong as of the venue. It was divided in three parts, the women’s ready-to-wear, menswear and ‘modern-day’ couture. 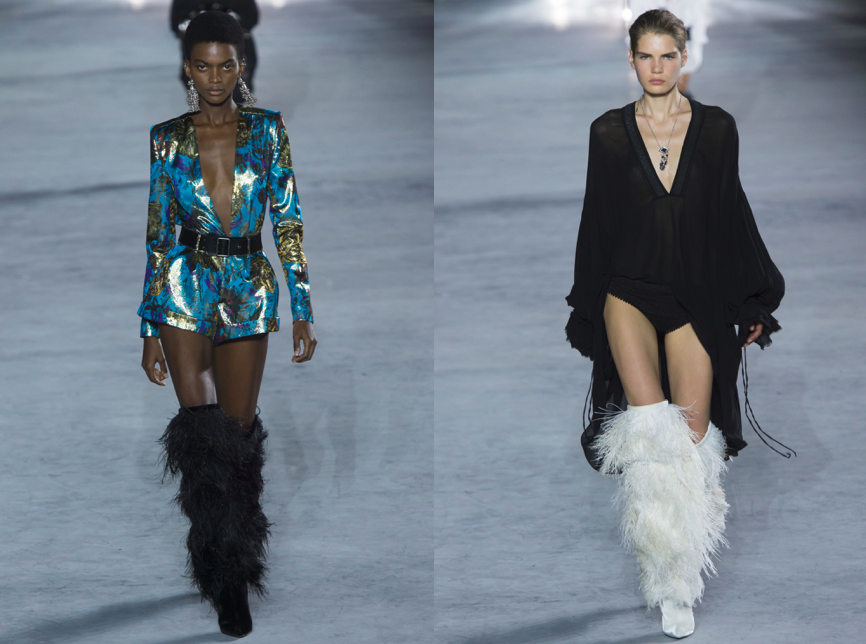 The first part was very lace-y, very bohème and Courtney Love / Lenny Kravitz-cool. In other words, that’s what you see a Parisienne wear on the streets, no bra, just pure confidence. Menswear was simple and chic. However, the couture-ish part was my favourite. What a contemporary ode to Yves and his memorable appreciation for the ‘custom-made’. Puff skirts and very, very mini-dresses of huge volumes (one of them was so short that the model’s panties were visible – they were elegantly embellished with a rhinestone Eiffel Tower). Use of feathers, that referred to YSL’s autumn-winter 1987 and his costumes for Zizi Jeanmarie, was killer. I can’t get enough of all these boas, feather-y shoulders and thigh-high boots covered in plumage. That was so over-the-top. A fashion moment I anticipated so much, but thought will not happen in this decade. With his best collection up-to-date, Vaccarello really proves that Saint Laurent is the perfect place for him. Well, until the next mass exodus. 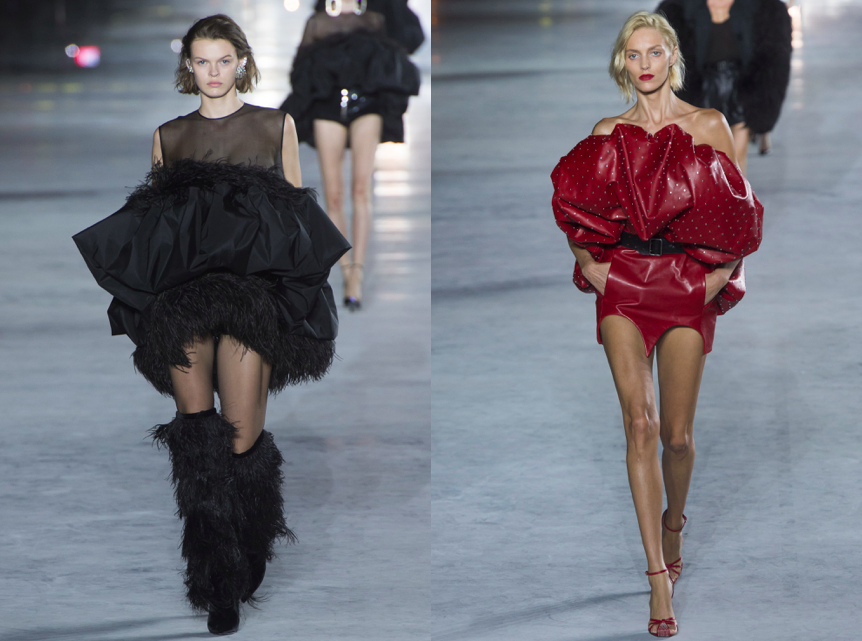