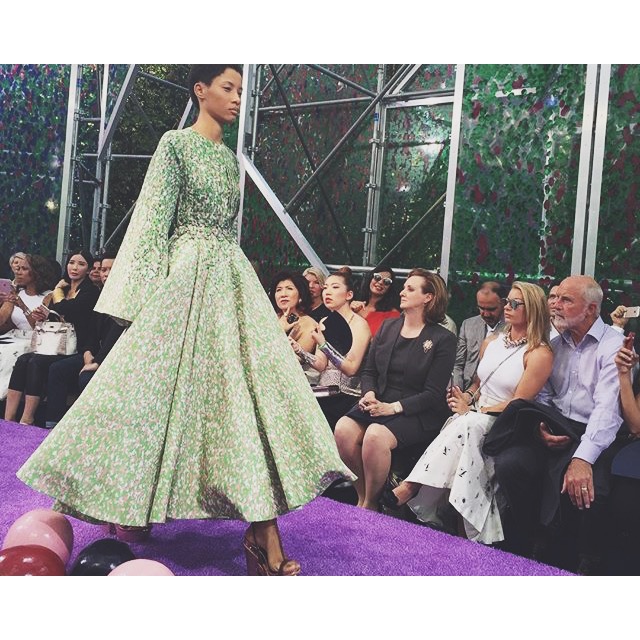 Yesterday Christian Dior‘s Creative mastermind, Raf Simons produced an imaginative time-travel of a couture show, which riffed on the styles of the Flemish Masters, the Middle Ages and the Renaissance. Coming out of the Second World War, Christian Dior was inspired by all things glamour and excess. It was evident, Simons shown his fascination for this and constructed various elements of it throughout the collection especially referencing Dior’s profligacy. The set, like no other was constructed by raw scaffolding and transparent panels that came together reflecting the historical inspirations of a Modernist, Pointillist church.