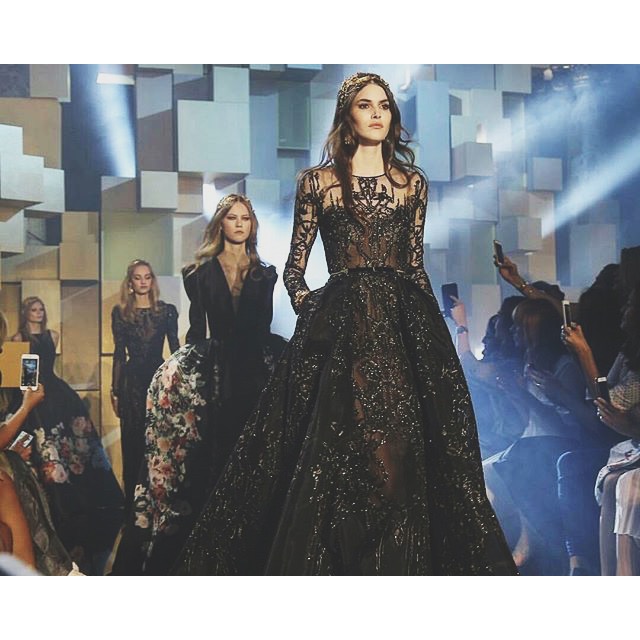 This season Elie Saab was in a romantic mood. He thought about the golden wedding dress his bride wore and reflecting on his early works from the 1990s when he launched his business specializing in beautiful, princess gowns with delicate laces and plenty of golden embroideries.
For his fall 2015 haute couture collection titled “Shades of Gold,” the Lebanese designer sent down the runway his usual collection of scintillating embroideries on tulles and as-light-as-a-feather lace, mainly in golden hues, playing on transparencies, but also thicker than usual relief effects, with the use of micro-bead works.

Saab mixed both high and plunging necklines, short and long flowing sleeves, sleek gowns and puffier ones, along with some beautiful empire line dresses. This season he also used coloured fur sparingly to decorate a collar or to create interesting sleeve effects on the shoulders.