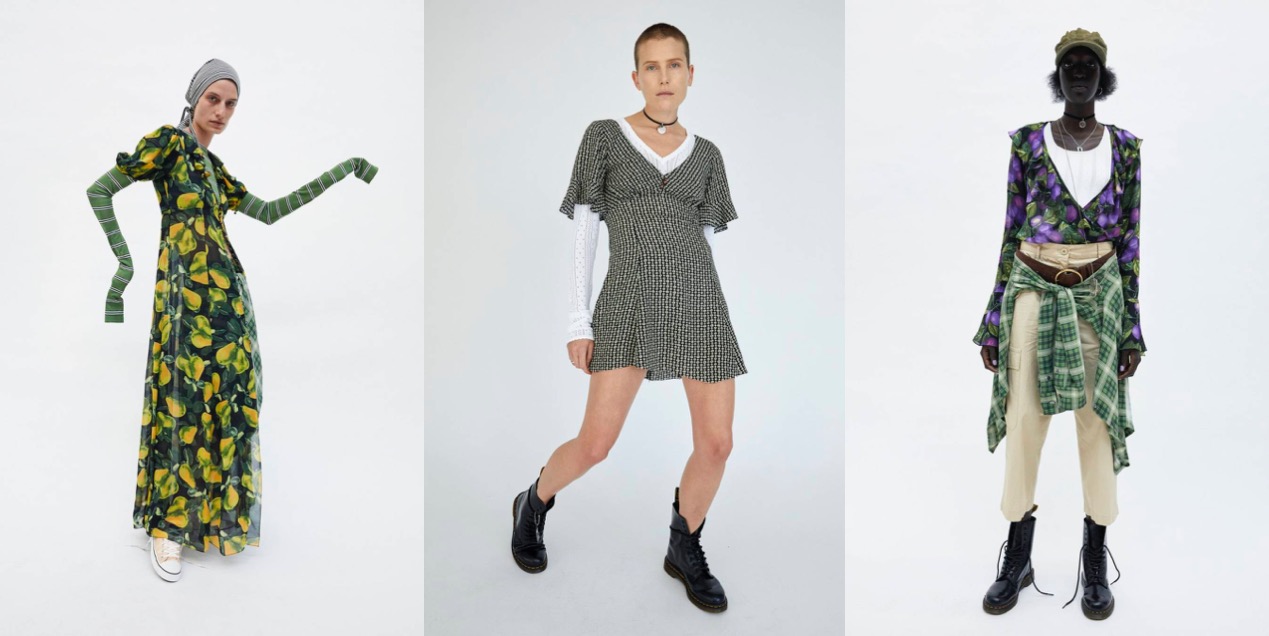 When Marc Jacobs presented his now iconic collection for Perry Ellis in 1993, he was rather close to being burned at the stake. Unapologetically grunge-inspired, the collection went down with the leading critics and editors, except for Grace Coddington, who styled that equally (at the time) risky editorial for Vogue, visibly very obsessed with Jacobs’ bold move. Perry Ellis fired the designer right away, and became what it is today – a boring, apparel-focused brand for men. Quite unsurprisingly, the ‘true’ grunge world hated Jacobs for doing this collection, too, with Courtney Love and Curt Kobain reportedly burning the pile of clothing Marc designed with them in mind. But that’s history.

We’re in 2018, and Courtney Love’s daughter – Frances Bean Cobain – is one of the faces of Marc Jacobs, the brand. Even more ironic is the fact that Coco Gordon Moore, the daughter of Kim Gordon (aka grunge godmother) wears Jacobs’ newest collection called, wait for it: Redux Grunge. For resort 2019, the designer brings back 26 looks he designed for the controversial Grunge collection, now with his tag on them. The looks, shot by Juergen Teller (who used to be Marc’s long-time collaborator for years until 2014 – now might be back doing the ad campaigns!), are a testament to the brazenness and timelessness of the designer’s vision. They are as relevant today as they were revolutionary (or even infamous) 25 years ago. Well, that’s true – if not Jacobs, grunge would die with its subculture and never arrive to the mainstream. Crotchet cardigans, a midriff cutout knit dress as seen first on Kristen McMenamy (now on her daughter, Lily McMenamy), rainbow striped beanies, Dr. Martens boots, a cropped blazer baby Kate Moss would wear down the runway, chokers… well, it’s all pretty much identical. I can’t say it looks fresh – it isn’t the collection’s intention in the first place.

But somehow, I like it, I like that free-spirited feeling being revived right now, at this moment. Still, it’s such a stark contrast to Jacobs’ saccharine and dramatic spring-summer 2019 collection… that you might really have problems with realising that one person can both do both, rough and sweet.