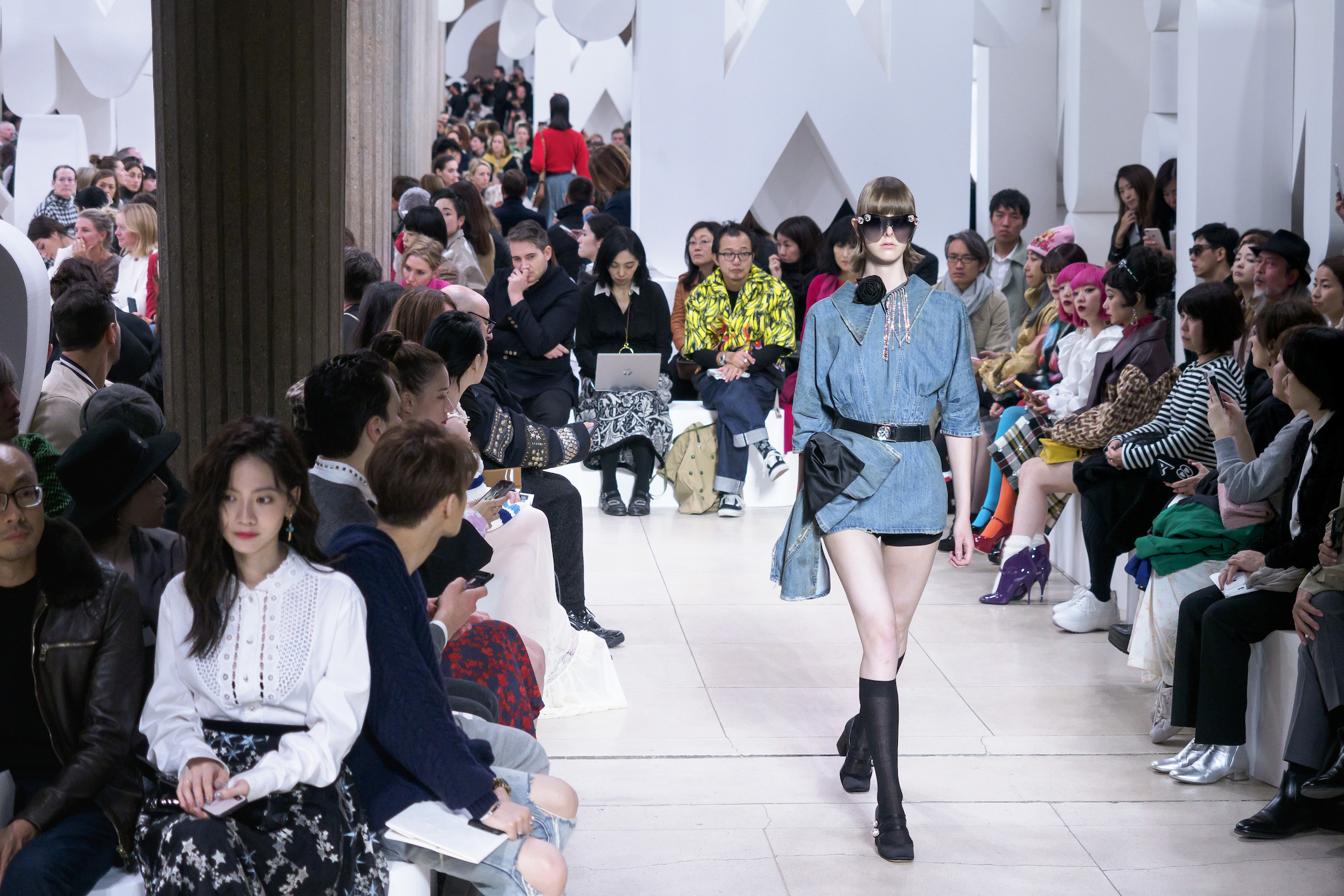 For Miuccia Prada, femininity isn’t just pretty. At both, Prada and Miu Miu, the designer surprisingly kept the lengths short this season, but not overly saccharine. But it was Miu Miu’s spring-summer 2019 collection that felt not just relevantly feminine, but real. I might even call it my favourite dispatch from the entire Paris fashion week. ‘Cracked’ frocks with exaggerated ribbons; masculine blazers worn over satin shirts and chunky knits; sheer (and faux python leather) pencil skirts combined with below-the-knee stockings; denim shirt-dresses brightened up with rhinestones… each look was a gorgeous styling inspiration.

Some of the pieces were very retro – take the Gatsby-esque sequined mini-dress that closed the show – but somehow not pretentious. The model casting was insanely good as well, as the girls’ personal features elevated every single garment. Those aren’t armors, that’s for sure. But also, it would be a mistake to call Miu Miu’s latest offering ‘girly’. Multi-faceted, bold, mature, but not boringly formal or elegant, are closer connotations. Whatever it is, Miu Miu is intriguing, and that’s something I missed from other brands in Paris.