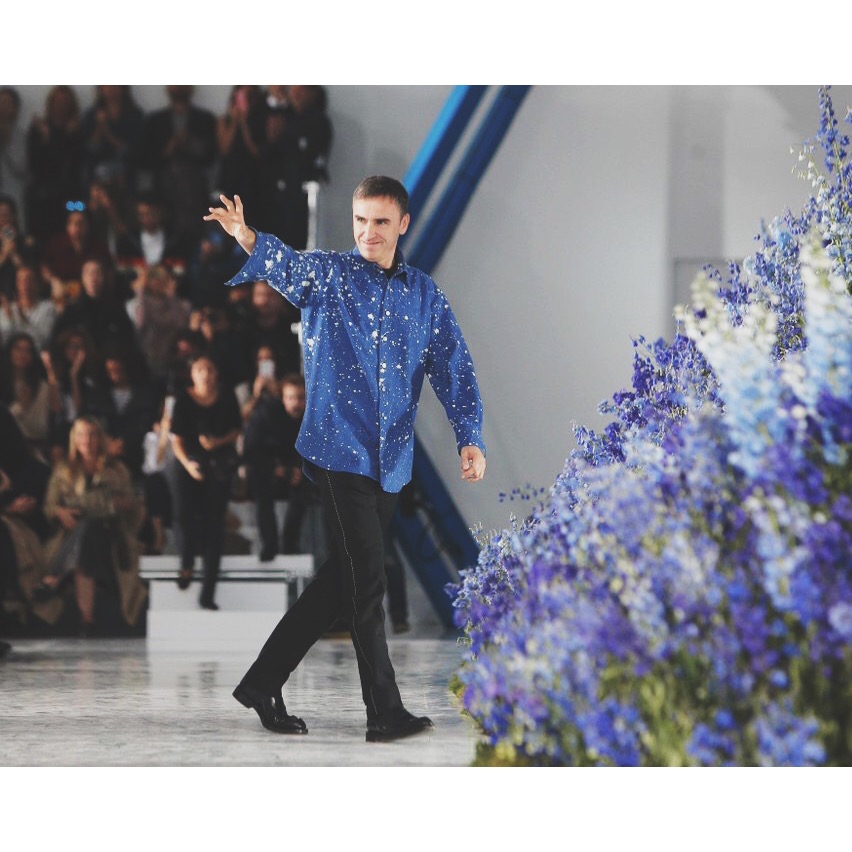 According to Dior, Simons “reached this decision for personal reasons.” The designer’s Spring/Summer 2016 collection, presented in Paris last month, was his last for Dior and marks the end of his three-and-a-half year tenure at the house. Simons’ successor has yet to be identified, but the search for a replacement has begun, according to market sources.

“It is after careful and long consideration that I have decided to leave my position as creative director of Christian Dior’s women’s collection,” Simons said in a one-page statement released by the company. “It is a decision based entirely and equally on my desire to focus on other interests in my life, including my own brand, and the passions that drive me outside my work.”

Those interests include Simons’ eponymous fashion house, which is expected to continue showing its collections in Paris. Simons, 47, made the decision to leave Dior after he and the company failed to reach an agreement on a new employment contract, though the parting was amicable, according to sources.

Simons’ statement continued: “Christian Dior is an extraordinary company, and it has been an immense privilege to write a few pages of this magnificent book. I want to thank Mr. Bernard Arnault for the trust he has put in me, giving me the incredible opportunity to work at this beautiful house surrounded by the most amazing team one could ever dream of. I have also had the chance over the last few years to benefit from the leadership of Sidney Toledano. His thoughtful, heartfelt and inspired management will also remain as one of the most important experiences of my professional career.”

Bernard Arnault, chairman and chief executive officer of LVMH Moët Hennessy Louis Vuitton and Christian Dior SA, and Sidney Toledano, chief executive officer of Christian Dior Couture, “very warmly thank him for his exceptional contribution to the house,” read the statement. Neither the designer or executives at the brand made comment beyond the one-page statement, released after close of trading on the Paris stock exchange.

Simons, who joined Dior in 2012 after a seven-year stint at minimalist fashion label Jil Sander, brought an intellectual, art-infused vision to the house, drawing on his menswear roots to create modernist designs that are said to have resonated with customers. Toledano recently told French newspaper Les Echos that Dior Couture had seen a 60 percent growth in revenues since 2011.

Today’s news is the second shock exit at Dior in recent years, after the designerJohn Galliano was discharged in 2011, having been filmed making anti-Semitic remarks while inebriated in a Paris bar. The episode brought to the fore concerns about the increasing pressure faced by those in top creative roles at fashion’s luxury megabrands, a concern Simons seemed to share before what was to be his last collection for Dior. “I’m questioning a lot,” he told press before the brand’s show on October 2nd. “I feel a lot of people are questioning. We have a lot of conversation about it: Where is it going? It’s not only the clothes. It’s the clothes, it’s everything, the Internet.”

The departure is sure to kick-start fierce speculation about who will be next in line to take on one of the most prestigious creative roles in the fashion industry. As for Simons, his next move remains unknown, though the designer may be restrained by a non-compete clause, typical in this kind of role, that would temporarily prevent him from working for rival companies.

Revenues at Christian Dior Couture rose 12.9 percent in its fiscal first quarter (the three months ending September 30th) reaching €471 million (about $553 million). Excluding the impact of currency, the rate of growth was 5 percent. 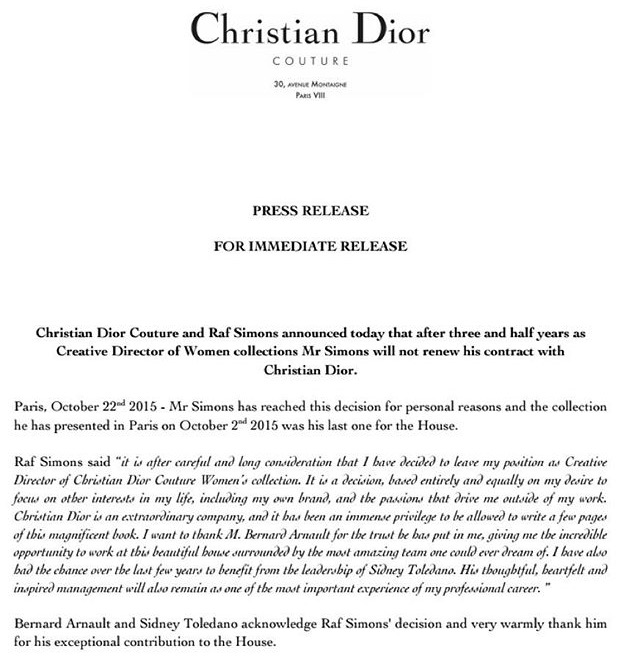