Home » Latest News » REPORT: THE TRUTH ABOUT YOUR SEAT AT FASHION WEEK 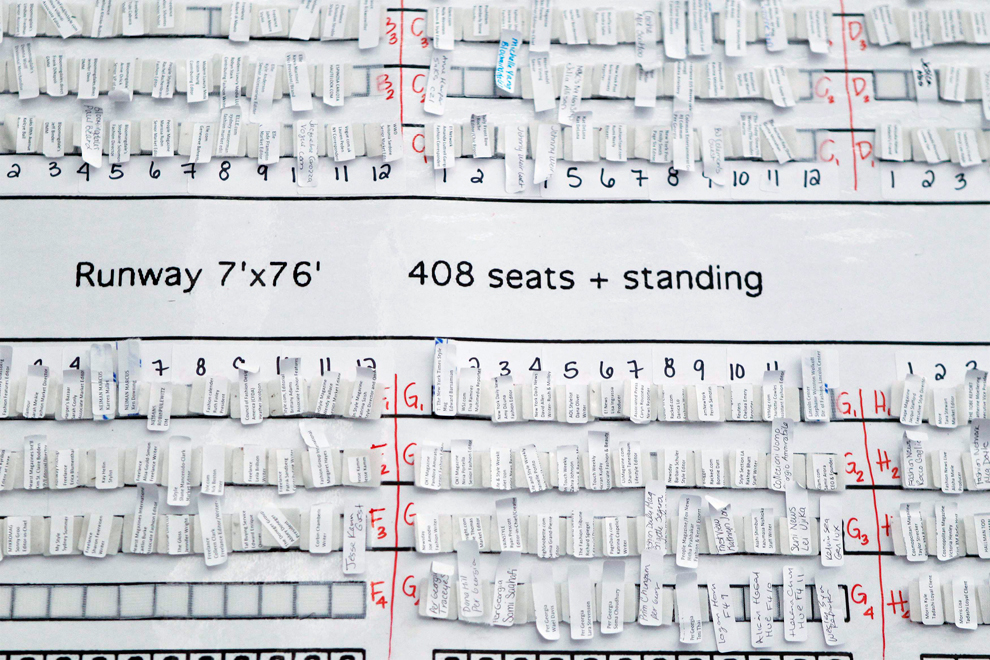 The million dollar question you’ll always get asked pre, post or during fashion month is: “Where are you sitting? It’s with great thanks to films such as The Devil Wears Prada even people outside the fashion industry can somewhat understand the importance of front row fashion politics. Unfortunately, because this film was abysmal and written by people who had apparently never set foot in a fashion show, they didn’t really explain why that is, how it works, and what it feels like to be cast out from the front row. Thus, in this current era of social media insanity, the revelation about where you are actually seated are not based on the fundamentals of hierarchy or influential status.

As with most things in the fashion world, the issue is simultaneously extremely superficial while having a hint of a useful function. I am rather perplexed as to why having a bunch of celebrities that aren’t affiliated with the brand is a good look?  Note, front row at Tom Ford – day one officially of New York Fashion Week sat actress, Julianne Moore, model Rosie Huntington Whiteley, ex One Direction boyband member, Zayn Malik, dare I even say any more names. But truth be told on another note – in this current climate of paradigm shifts in our media and industries, not one person of colour sat in the front row; never mind anyone with a brain. 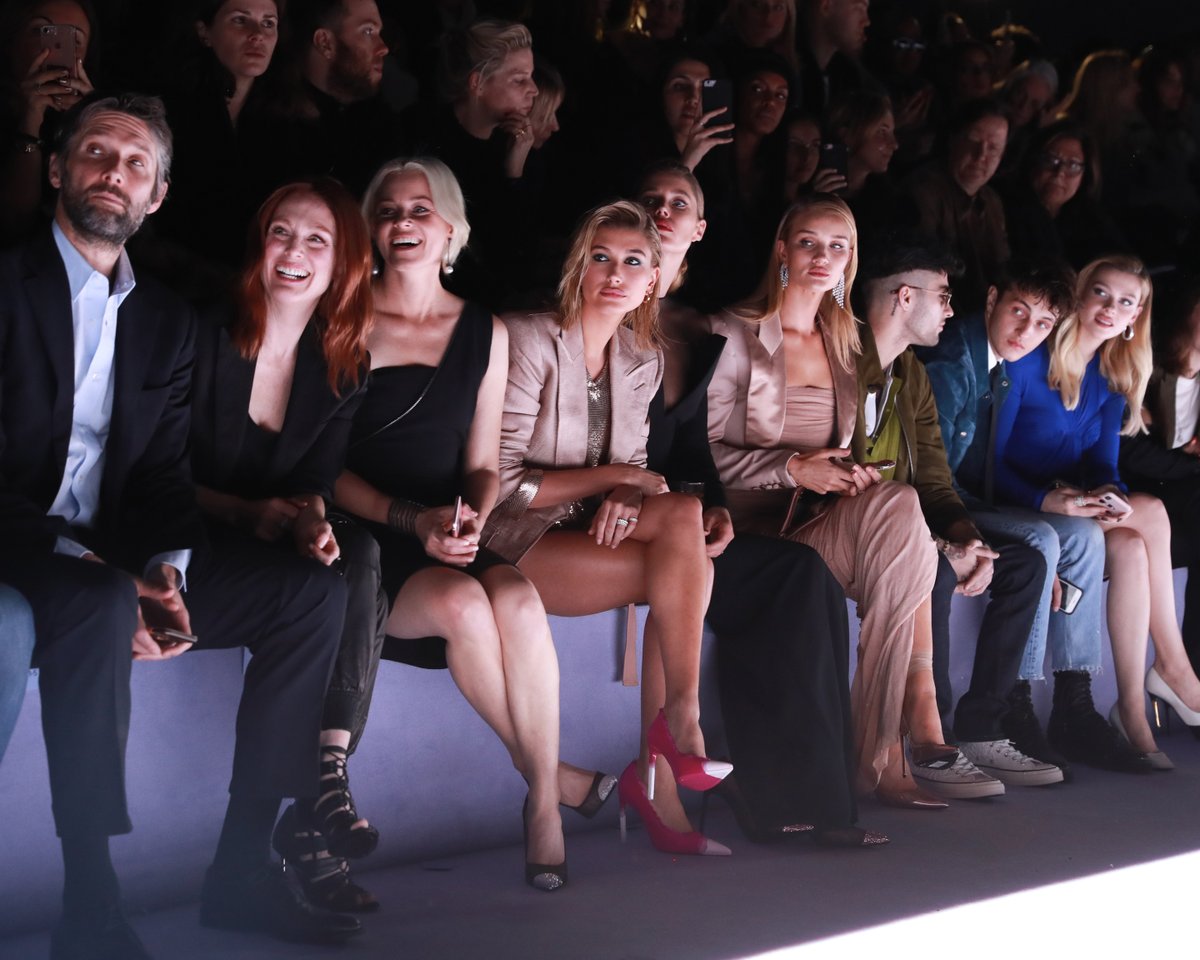 The seating plan chart is executed by a designer’s publicist and it is as hierarchical as the most feudal of medieval courts. The row in which you are placed is a colossal public statement, to you as well as to your colleagues, of how importantly a designer values you and your publication.

The Devil Wears Prada movie gave you a key indication – I’m sure, but typically the front row is reserved for the most important fashion editors, titans like US Vogue’s Anna Wintour and New York Times Vanessa Friedman and of course, the ubiquitous ‘celebrities’. Second row is for the slightly less important and you can forget it if you are third or fourth as that is pretty much for the fashion Siberia.

I’m confused. By the shows. The dumbfounded publicists who play a game of live chess with your life and where your ass goes among but we can’t forget the special mention to the snobbery at the doors – Intern or glorified assistant with an iPad or clipboard. To me, fashion month has always represented the pinnacle of events, the groundbreaking industry that is worth £32 billion and is predicted to grow 23% by 2020 is being tarnished by the sheer foolery and lack of support by the brands who are more interested in being hot for the moment, rather than developing sustained longevity for their brand name. This is not a matter to be taken lightly!

I feel like I am witnessing the crumbling of a once great empire that boasted accomplished generals on its frontlines, but instead has now been replaced with incompetent unskilled soldiers and useless family members. Fact. The Beckhams. Sunday – New York Fashion Week, Victoria’s 10th year anniversary show (and like every other show) the tribe of unskilled children sit next to a cheating man that is their Dad. End result? Cheap publicity photos of the miserable pipe-cleaner kissing her brood splashed across the Daily Mail. 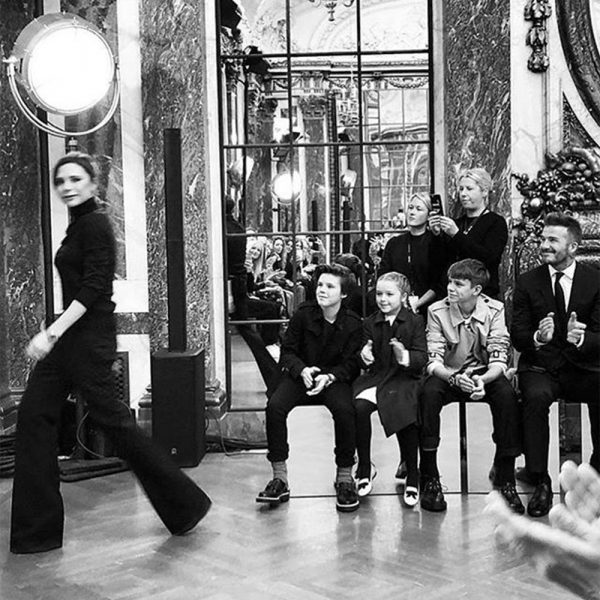 But it is on a serious note I have to say, someone such as myself, who lives and breathes fashion, I have made numerous trips across the pond to report on the trends, international start-ups, designers and groundbreaking sartorial styles to many of you, my global readers. I am dedicated to analyzing and disassembling the intricacies of the fashion industry through thought-provoking writing and therefore was named one of the top bloggers in the world. This, I feel is called hard work.

I feel that now, New York, London, Milan and Paris Fashion Weeks  and others across the globe, disregard substance, and instead values advertising the insipid clique of fashion nobodies on its front rows.

So tell me? Where are the fashion pioneers? The luminaries? What about the future Suzy Menkes, NYT’s Vanessa Friedman or Vogue Runway’s Nicole Phelps? Those unique industry game-changers and those that will articulate the intellectual impact of a runway show? Those who also write regardless of name, magazine or title on their business cards?

Well, not on the current front row, I can tell you.