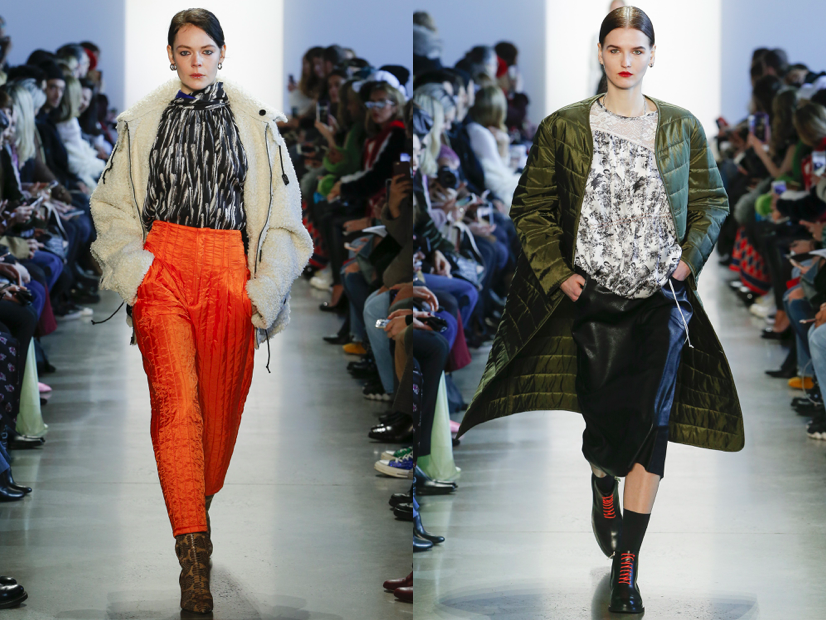 Inspired by the idea of the matriarch, the Colovos Fall Winter 2018 woman finds strength in vulnerability. The collection was hugely protected by the shelter of soundness and security, the soft overcomes the hard in both expression and the collection fabrications.

Proudly eliminating the traditional animal skins, furs and leathers replacing each with faux variations. “We can’t ignore what’s happening in politics, or in the world,” Nicole said backstage, nodding as their three young boys zipped around on a half-day furlough from school. “We’ve been asking ourselves: What’s our impact? And what is it we can do?” 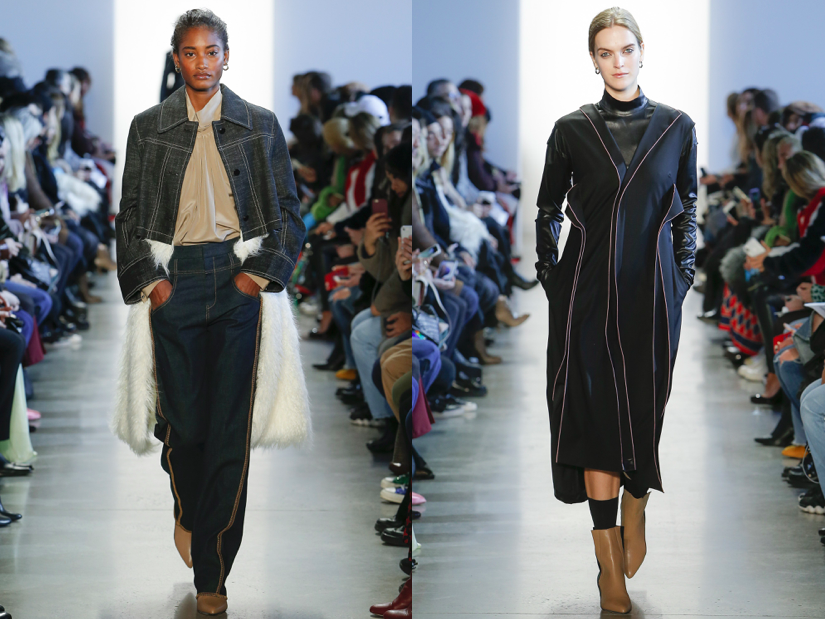 An orange check fabric is made of recycled bottles extracted from the ocean, and draped in variations of a twisted form fitting dress to relaxed trenches. According to the brands release, the process of making this fabric reduces the traditional footprint by a staggering 95 percent. 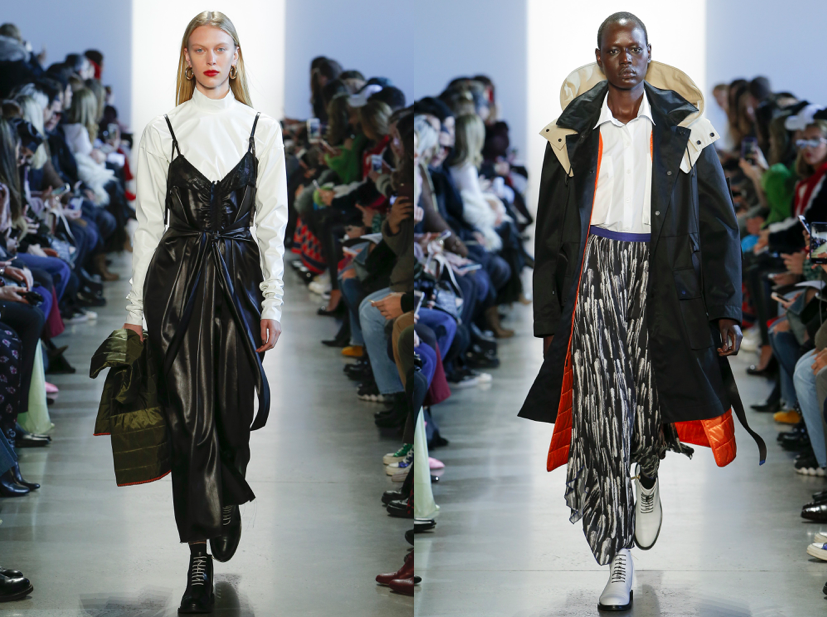