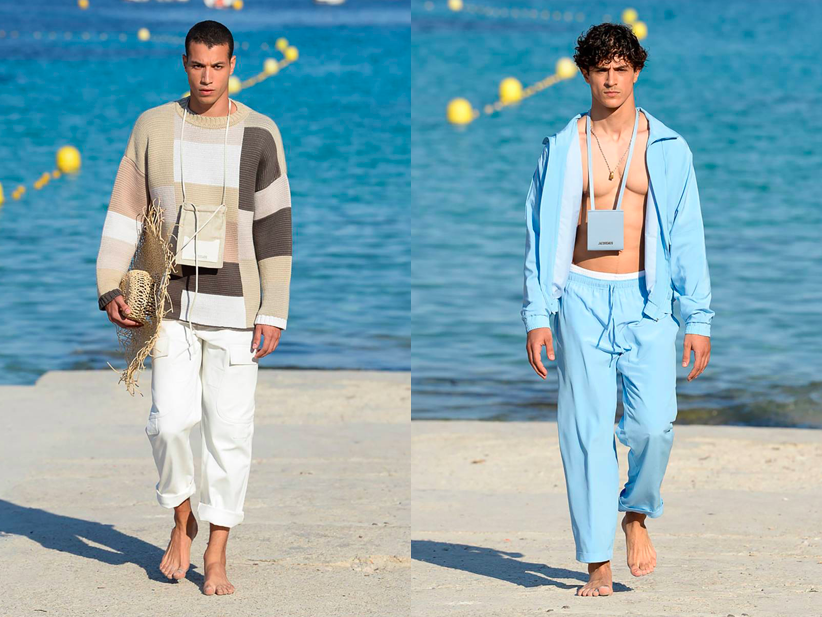 I don’t think Menswear could of asked for a better ‘summer fashion’ moment. For his highly anticipated menswear debut, Simon Porte Jacquemus took us to one of his most beloved places, Marseille (specifically Calanque de Sormiou, a spectacular beach which is a stone throw from the  French city). The runway was staged on the beach, with blankets and real-life holiday-goers as a backdrop. Jacquemus called the collection Gadjo, which is a Gypsy expression meaning ‘a man that belongs to no community’. But also, it’s a way to say ‘boy’ in the South of France. Shortly, it’s a word that Jacquemus feels connected to strongly, noting his origins and the care-free attitude to life. 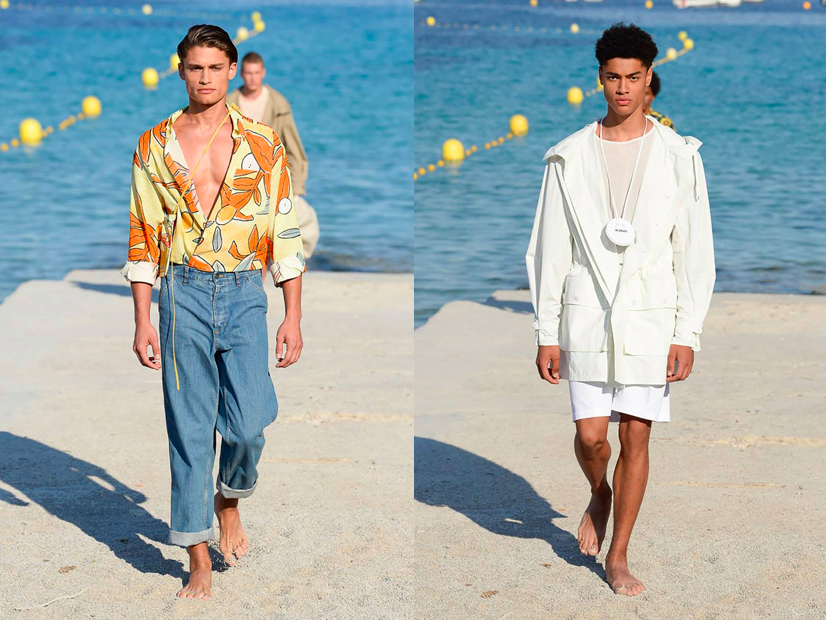 So, what’s a Jacquemus man like? Like Simon himself. Just take a look at his Instagram, and you will quickly capture his sense of style: bold cotton shirts (worn with, or without, a slightly cartoonish tie), khaki bermudas, loosely fit blazers, bucket hats. And, if the weather is fine, great love for showing off his hairy torso. The clothes models wore were exactly what Jacquemus loves wearing on the regular basis. I think I love it too – just look at all the energetic colours, patchworked knits and… hot denim! Jacquemus’ menswear isn’t complicated, but is well suited for daily life (in summer, specifically). Noting that Simon’s women’s line is relatively affordable, I think that my next season shopping cart is about to burst at the seams with all these goodies. 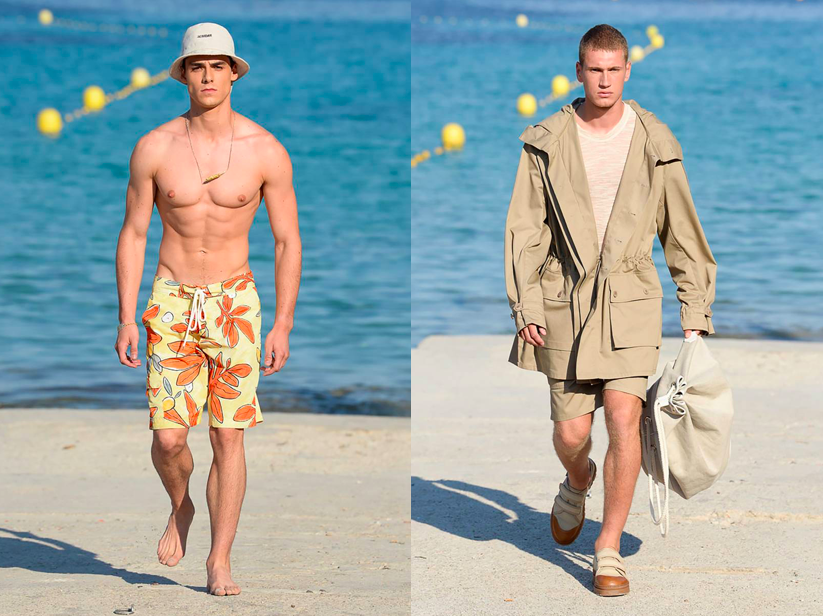