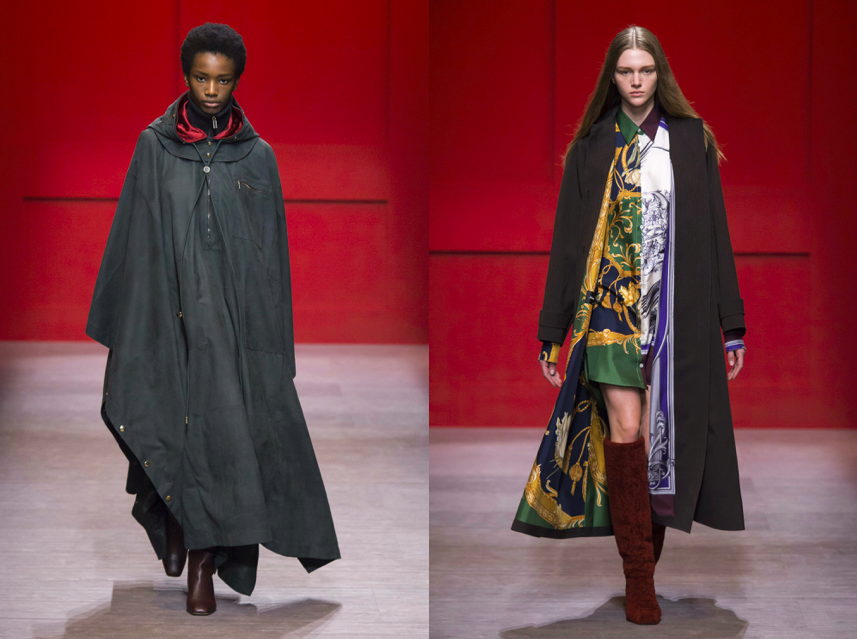 Lets face it (and I hate to say this), when was the last time you heard the word Salvatore Ferragamo and thought, “oh, I want <that> from that brand?”. The last time for me was when Massimiliano Giornetti was at the helm. So fast-forward two years from Giornetti’s resignation, designer of dreams (and shoes) Paul Andrew, took the helm and for his first collection he’s re-invented the house in just 66 looks. 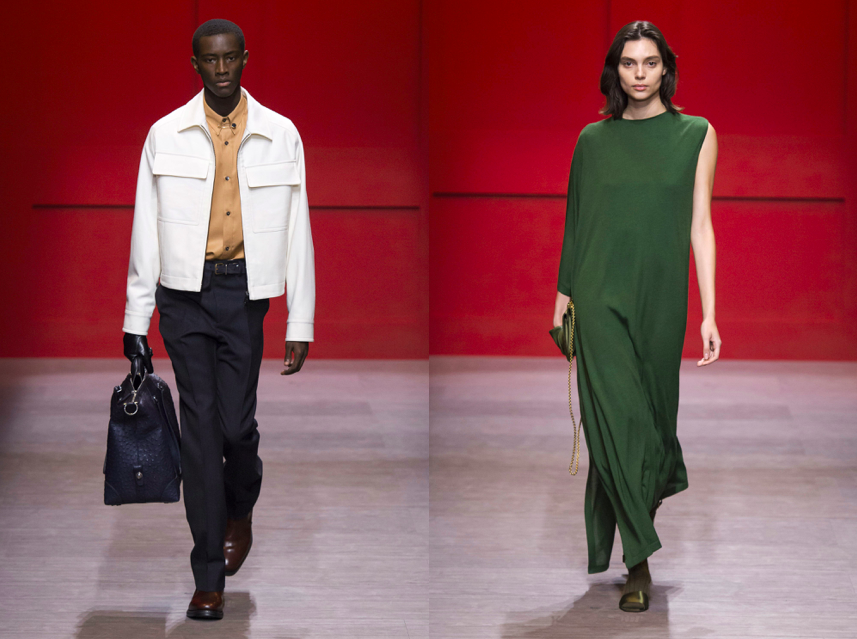 Fortunately, the brand didn’t end as another ‘Made in Italy’ label with airport stores, even though the verge was very near. Paul Andrew, whom you might know for his namesake footwear brand, and Guillaume Meilland (Ferragamo’s menswear designer) joined forces to create an impressively consistent, chic and, most importantly, covetable collection of autumn-winter essentials. Leather and silk foulards are Ferragamo’s biggest codes, that’s why the collection was filled with incredible suede coats, ostrich leather boots and dresses covered in archival prints. 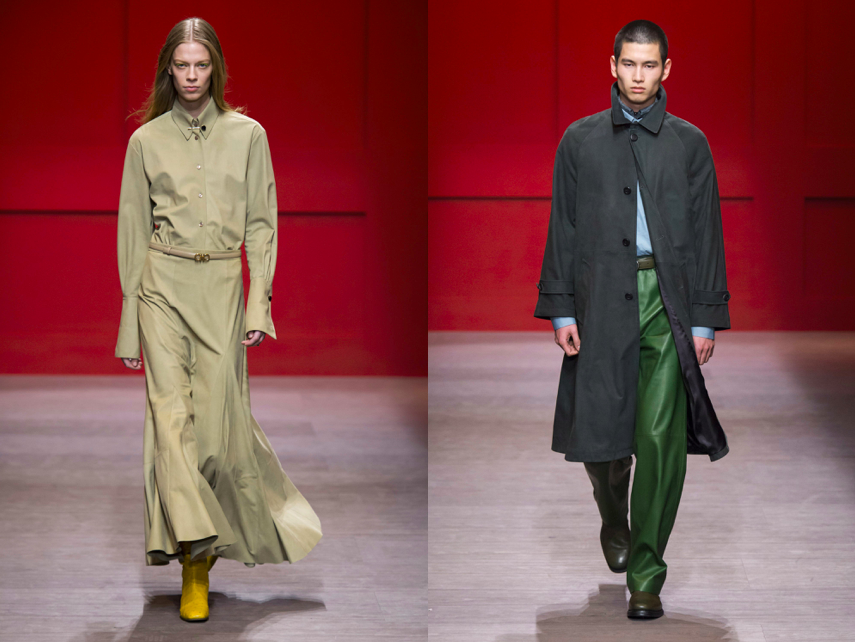 The tailoring, for both men and women, was powerful as well. Katharine Hepburn, a Ferragamo fan of the past, and her style influence were obvious – a crisp shirt, a blazer, a perfect pair of pants. It’s important that the designers develop the new Ferragamo by embracing the brand’s heritage. Even though some pieces, like the big poncho or belted maxi-dresses, felt very Phoebe Philo, that isn’t the collection’s drawback. Quite opposite – those who will not find themselves comfortable in the Hedi Slimane-era Céline should switch for Ferragamo (which you might have never expected!).

I’m so glad Ferragamo is back on the map. 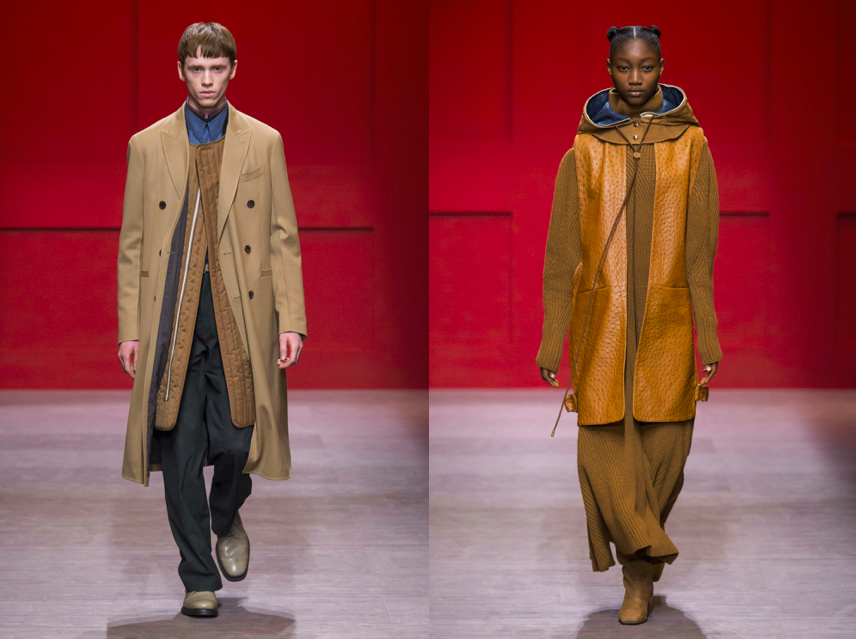