The brands Fall 2018 collection began in the depths of Manhattan’s Chinatown where the feel of east meets west. Inside the venue – Jing Fong – Chinese restaurant – the neutral-gender collection unveiled its self-showing modern city grit juxtaposed with bold Asian fusion references that from Gao’s Beijing upbringing – traditional Qipao dressing and pajamas made popular in the 1930’s – with her affinity for men’s structured tailoring. 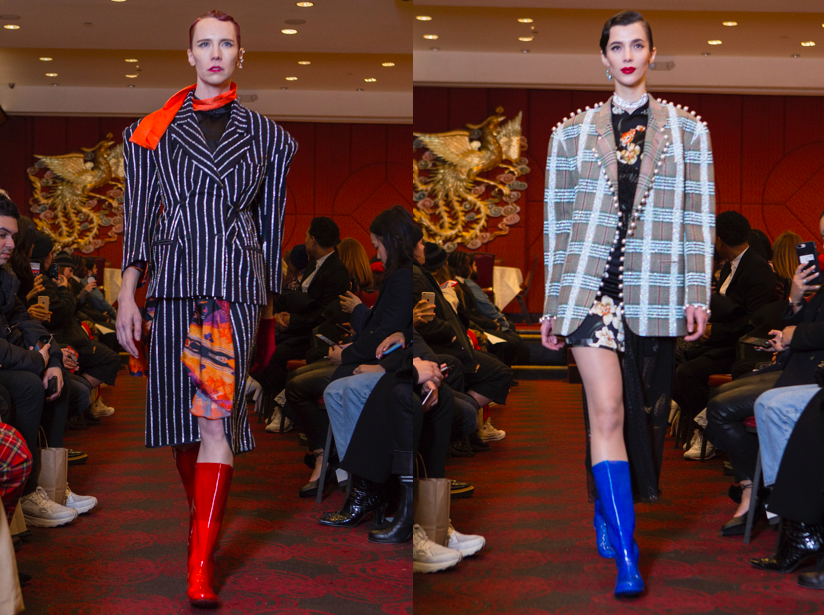 This cultural blend of the two also served as inspiration for fellow artist Director Wong Kar-wai, who too was born in Beijing and relocated to New York City. His feature film, 2046, is a cinematic study of female strength in which the art of dressing challenges the conventional definitions of masculine and feminine. 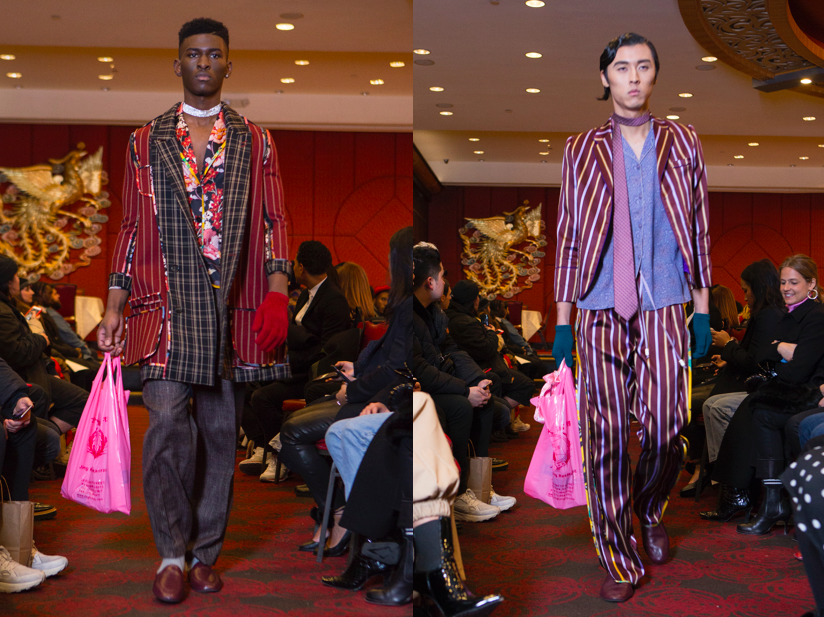 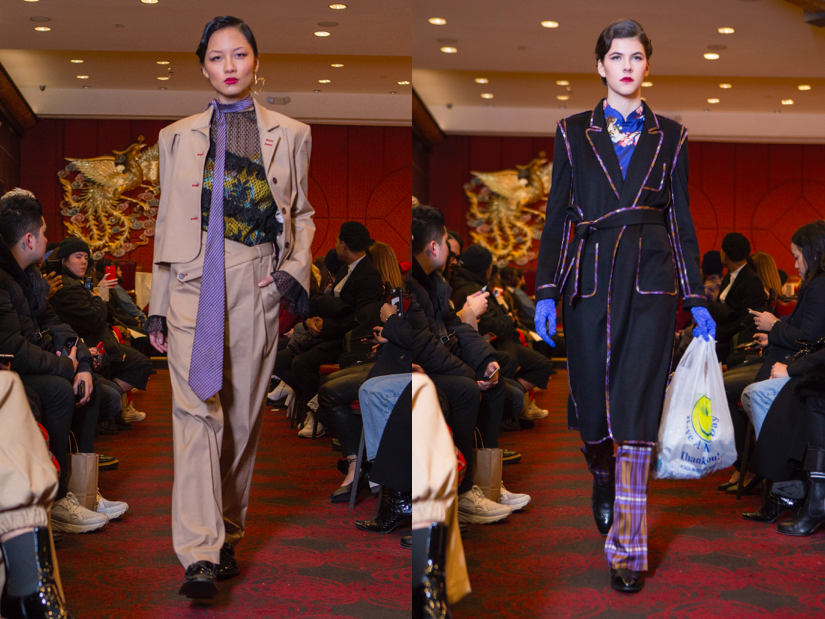