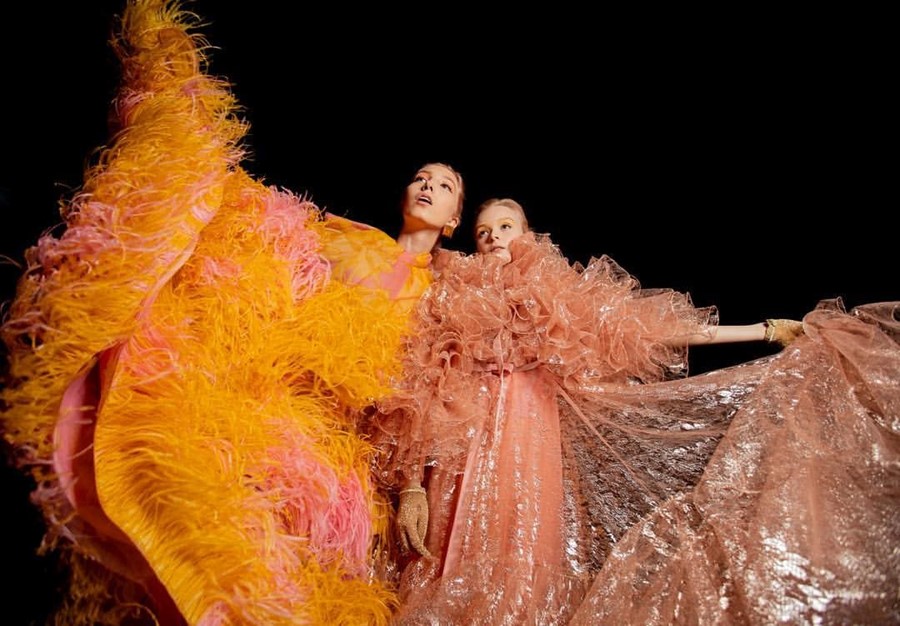 On the last day of New York fashion week, Marc Jacobs sent out a line-up of human-size dolls. But no Barbie’s here – rather, those old-school dolls dressed in delightful, dreamy dresses every girl used to want in her life. Many considered Jacobs’ collection as ‘too much’, while I thought it’s just the right amount of fun, glamour and honest fashion joy.

At some points dangerously saccharine, the collection was a nod to Karl Lagerfeld’s early years at Chanel and Yves Saint Laurent’s voluminous, multi-colored moment in the 80s. It’s Jacobs’ second season of going fashion-history-heavy, but this time the result is much lighter and not that exaggerated. While those pesky fashion depressive insiders note how badly Marc does in his ready-to-wear sales in the recent seasons, it’s visible that the designer doesn’t really care about that and continues to keep New York’s fashion on track with his mind-blowing outings. The industry would be even more boring if we had to put up with drab collections from Jason Wu or Victoria Beckham for the rest of our working careers.

It seems that Marc Jacobs, Rodarte sisters, Pierpaolo Piccioli from Valentino and Alessandro Michele from Gucci are the last people who still dream in fashion, in that ‘romantic’ way. But still, Pierpaolo does that solely in his couture (that’s commercially backed up by ready-to-wear). Alessandro is having his ‘hype’ period that might end sooner or later. With Rodarte, I will never understand how that brand sustains itself financially. Where’s Marc in all that fold? Perhaps it is the beauty line will keep him in business, because his clothing becomes a rare-find, unless you count Century 21. Whatever it is and however Jacobs works it out, I hope he won’t be exiting anytime soon.