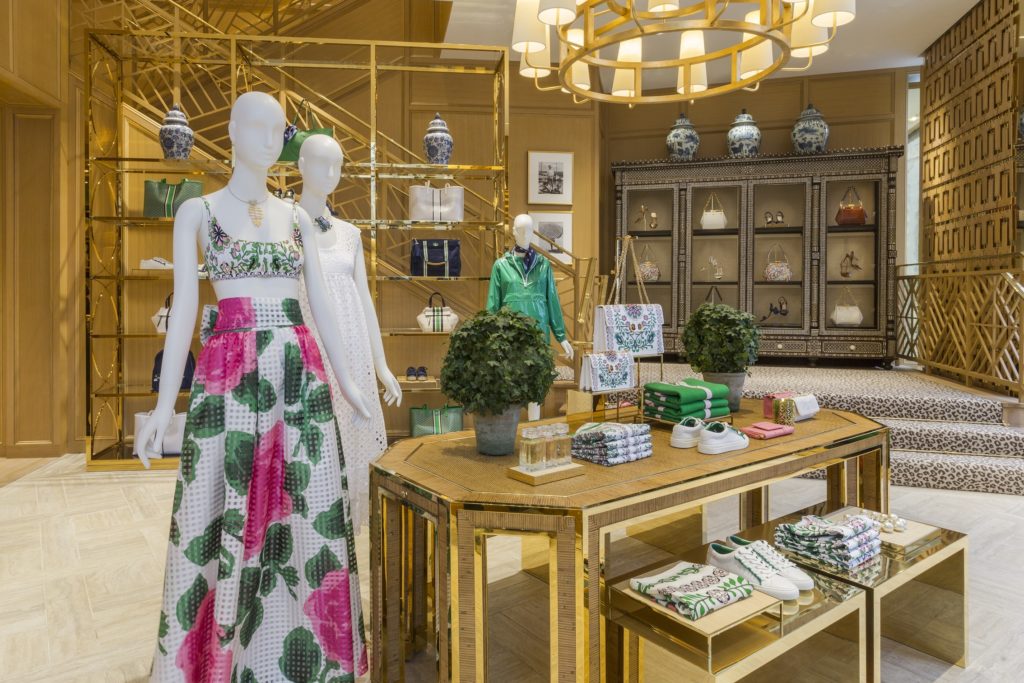 In a significant step towards growing its presence in London, Tory Burch has opened on Regent Street, a storied thoroughfare in the heart of the city’s bustling West End. Situated on the corner of Maddox Street, the 3,200-square-foot retail space complements the brand’s two boutiques in the capital and further expands its footprint in Europe.

The Georgian-style façade features three large ground-floor windows that fill the open space with light. With travertine floors, oak panel walls and a screen showing seasonal videos, the interior is clean and modern, reflecting Tory Burch’s new store-design concept. As a nod to the brand’s heritage, special pieces add texture throughout—from a Moroccan armoire inlaid with mother of pearl to a fretwork balustrade with an unpolished brass handle and a rope and gold-leaf chandelier that blends the raw and refined.

A simplified palette is paired with an eclectic mix of furnishings on the second floor, which is anchored by a leopard rug, brass étagères and cane tables. Antique blue-and-white vases that were made into lamps and banquettes covered in an exquisite floral inspired by Tory’s home in the West Indies pop against the neutral backdrop, while mocha-striped drapes and bamboo blinds frame an incredible view of the neighbourhood’s distinct architecture.

The full Tory Burch collection will be available at the Regent Street boutique, including ready-to-wear, handbags, shoes, eyewear, watches, accessories, beauty and home.

The Regent Street boutique builds on the momentum of the nearby New Bond Street flagship, which launched in 2010, as well as the accessory-only store concept at Westfield, which opened last year. It also helps to anchor the brand’s presence in Europe, where it has 11 retail locations. 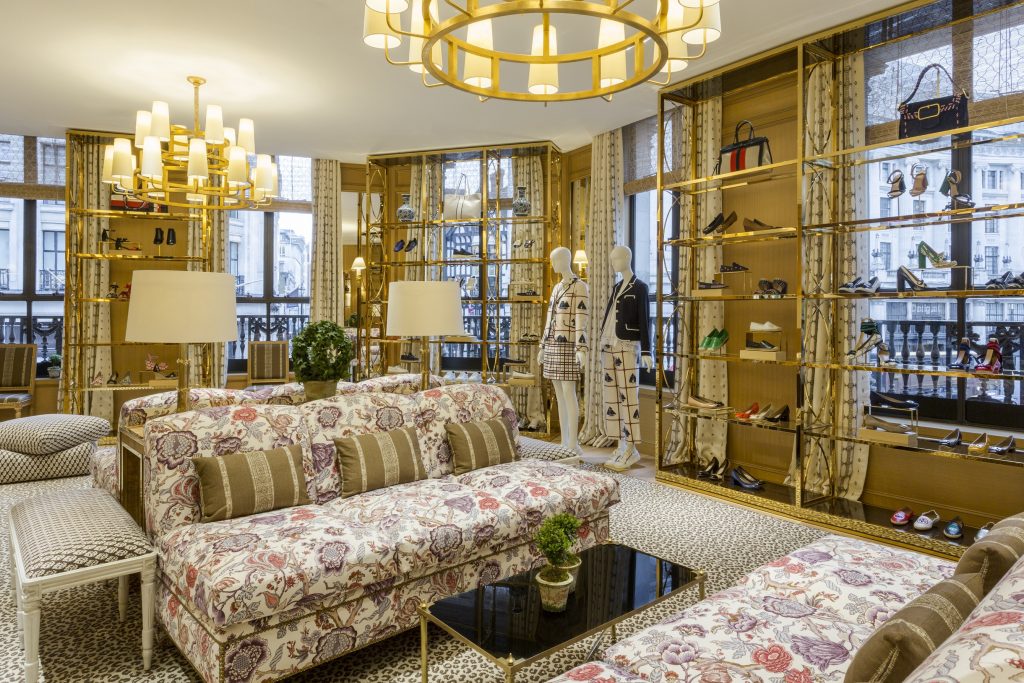