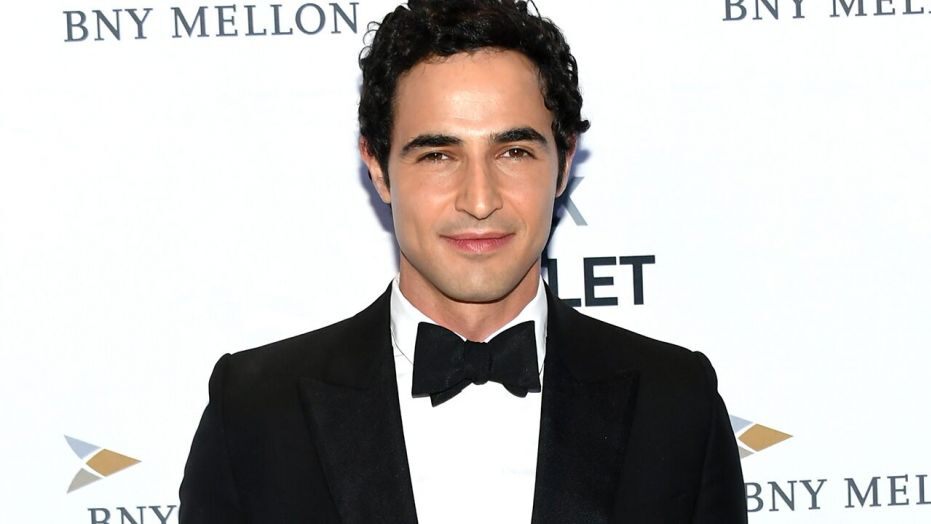 Article via INSTYLE USA and written by Eric Wilson

It was roughly seven years ago that I first received a call from the producers of a documentary about the designer Zac Posen asking for an interview on the subject of his career. I had covered Posen extensively since he started his company in 2001, from his precipitous rise right out of design school to his inevitable downfall when money became scarce during the recession, as well as his impressive comeback over the last decade that included his starring role on “Project Runway.” The movie, what would be come 2017’s incredibly popular House of Z, helped to demystify the story of a Next Big Thing and all the hard work it takes to really make it in this incredibly competitive industry.

The thing about documentaries is that they often take an ice age to complete, and I was surprised not to hear another peep about this one until a few years later, when the producers called again for a second interview. This time the questions were a little more pointed, I thought, and seemed to invite a more skeptical outlook about Posen’s future. How long can this guy really hold on? And I remember thinking then, as I do now, that Posen is not going anywhere. From a business standpoint, he’s perhaps the most tenacious designer I’ve ever met.

So there are a lot of things about the sudden announcement on November 1 that Posen had shuttered his label and laid off his entire staff of 60 that don’t make sense, but I suspect the reasoning has far more to do with the declining importance of fashion in culture and business than it does with any shortcoming of the designer. Given the tone of resignation in his statement – Posen attributed the decision to the company’s board of managers following “a comprehensive strategic and financial review of the businesses” — it’s hard not to imagine he was simply exhausted from the demands of keeping the doors open.

When he nearly lost control of the business in 2009, the highly talented and occasionally insufferable fashion wunderkind of the 2000s became a humble, hardworking craftsman who graciously said yes to every request. Posen designed 14 collections each year for his signature label, for ZAC Zac Posen, and for Brooks Brothers. He designed countless custom red carpet dresses for celebrities and uniforms for the 60,000 employees of Delta Airlines, produced a cookbook, and continued to appear on “Project Runway” until 2018. He always appeared on time, often wearing a full suit of his own design, and ran his business in a way that, at least from the outside, appeared to be more strategically sensible than most. Posen welcomed sponsors to offset the costs of his shows, and when those opportunities dried up, he walked away from the chaos of the runways and presented his clothes on a model in his showroom instead, scrappily recruiting friends like Anna and Pat Cleveland to generate buzz.

I’ve always thought of Posen as a savvy businessman and an astute observer of a constantly evolving industry, in addition to being a gifted designer. It’s rare to see someone so instinctively recognize how to operate within the industry, or at least create the perception that he was going to be a big deal. When he started in 2001, he was part of a wave of extremely young designers who took advantage of the industry’s need for fresh blood at a time when the internet was breaking down the traditional barriers of entry (namely the fashion press). But he was careful to position himself even then as more substantive than his wet-behind-the-ears peers, building a brand endorsed by socially prominent supporters at a moment when a new generation of consumers was becoming obsessed with fashion. Sean Combs became an early investor, followed by Ron Burkle of the investment firm Yucaipa Cos. Sometimes it all came across as a bit much, but it takes a good degree of showmanship and attitude to survive in fashion for very long.

“I love a spectacle, but I saw it as social commentary,” Posen told me once. “I think my level of sophistication was a little higher than most people’s. I saw an abstraction to the whole media frenzy of it. But at the end of the day, that’s all that people felt, I think, and they didn’t really look at the clothing.”

While Yucaipa remained an investor, Posen was able to maintain that sense of authority as a high-end luxury designer, even as more of his time was required for projects that drove publicity or sales. And he certainly was persistent, following up season after season to make sure his clothes were seen by prominent retailers and editors, even when they were not part of the glamour of the runway system. After a while, as consumers’ priorities changed from image to access, it all started to look rather exhausting. The question I had for Posen was not how long he could hold on, but why did he want to? Was it really worth all those hours of dedication in order to be part of fashion’s grand illusion?

More and more, I think the answer for many designers of substance is no, and that a real reckoning is coming to an industry that has only begun to wrestle with the implications of big changes like Posen’s closing, the fire sale of Barneys New York (one of Posen’s first clients, not coincidentally), and the bankruptcy of Forever 21. Responding to issues of sustainability and climate change, some consumers are buying less or turning away from fashion altogether. Others are perplexed by the transformation of streetwear into luxury goods, since many designer boutiques now stock mostly four-figure sweatshirts and sneakers. And hardly anyone in the industry would argue the current runway system of biannual collections has evolved in a way that effectively serves all of their audiences (press, retailers, customers).

Of course, that culling may lead to brighter ideas and new ways of creating fashion that will change things for the better. One interesting example is the new partnership formed between Richemont and Alber Elbaz, the former Lanvin designer whose complaints about the industry included all of the above. Rather than designing collections in the traditional format, Elbaz says their plans are undefined and “project based” – or at least that’s all he’s saying for now. Stefano Pilati’s new line, Random Identities, also seeks to subvert the old rules with a concept that is genderless and seasonless.

My hunch is that Posen, and others, will find a similar path for the future, once designers accept the fact that there’s no sense producing clothes for an audience that doesn’t appreciate them. This may be a time for retrenchment. But while it certainly hurts to close a business, it hardly has to be perceived as a failure.